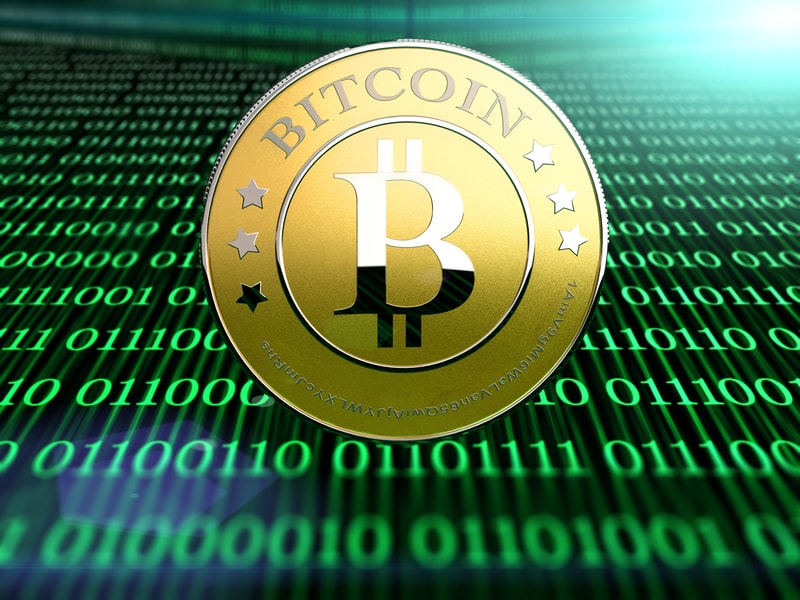 According to a chart posted on Twitter, Bitcoin today would be the eighth world currency, surpassing even the monetary base of Russia and South Korea. 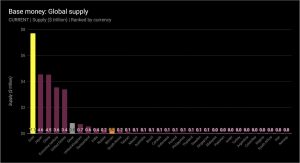 The chart was published two days ago when the price of BTC was $8,940, but since then the price has risen well over 9,000, so the overall value of all BTC in circulation is now higher than reported here.

The figures in the chart refer to the monetary base of various currencies, including gold and silver, expressed in trillion dollars.

Gold is in first place, with almost 8 trillion dollars, while silver is sixth with 0.8.

Taking into account only the currencies, in first place, there is the Japanese Yen with 4.6 trillion, while the US dollar is only fourth with 3.4 trillion.

However, it should be noted that this chart shows the figures for the so-called monetary base, i.e. banknotes and coins in circulation, which include the total number of the circulating currency on the market, the money physically held in the vaults of the banks and the reserves held by the central bank.

In this chart, bitcoin would be in ninth place, ahead of South Korea with just under 0.2 trillion, but considering that after it was published the price rose to over $9,000, the current market capitalisation of $164 billion leads it to overthrow Russia from eighth place, since it stands at about $161 billion.

To outstrip India from seventh place, bitcoin would have to double in value and, to exceed silver, it would have to be four times higher than the current price.

Other currencies that exceed bitcoin per monetary base are the Swiss franc, the British pound, the euro and the Chinese renminbi, while for example the Mexican peso, the Australian dollar and the Canadian dollar have a monetary base equal to about half that of BTC.