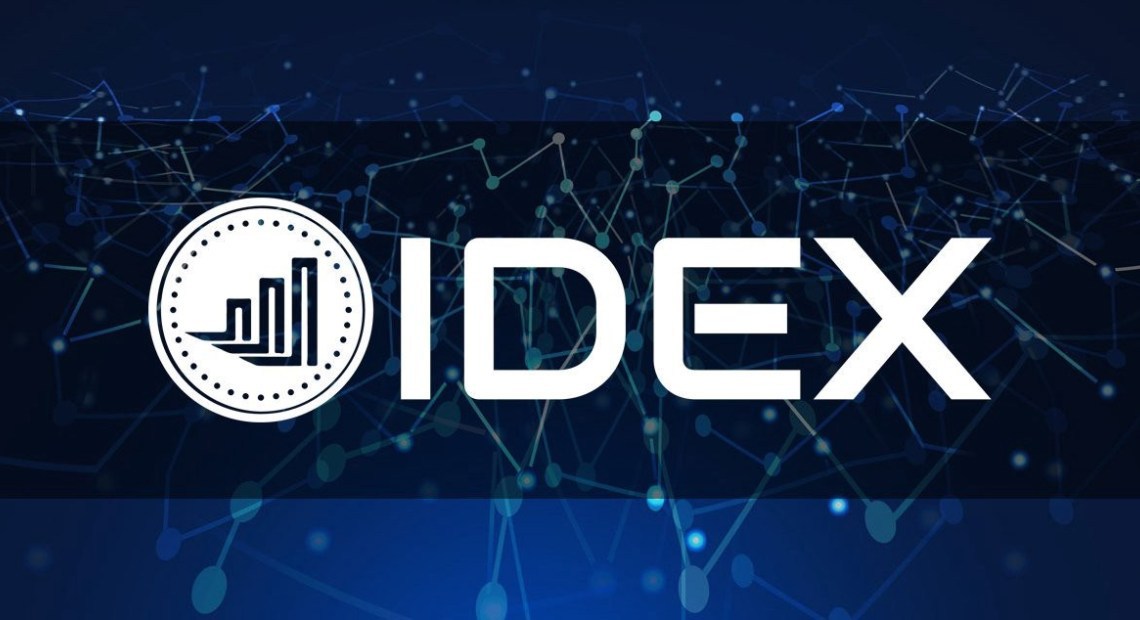 Decentralised exchanges (DEX) are widely regarded as the natural evolution of centralised markets, allowing users to retain full control over their funds.

The first decentralised exchanges made their debut on the Ethereum blockchain (IDEX, Eidoo, Bancor, EtherDelta), capable of providing the development of smart contracts, an essential feature for the creation of a DEX.

In recent months, however, there have been numerous decentralised exchanges debuting on other blockchains as well, including that of EOS, with Switcheo, Binance Chain, with Binance DEX, and also NEO, with different solutions.

At present, the solutions based on the Ethereum chain continue to dominate, thanks to a large number of tokens present and the spread of the ERC20 standard.

IDEX holds 65% of the volumes

To date, the most widely used DEX on the Ethereum blockchain continues to be IDEX, with almost 65% of the total volumes recorded by decentralised exchanges on ETH.

Launched in September 2017, IDEX is one of the most popular decentralised exchanges currently in use. In fact, it features more than 300 listed tokens and includes several interesting functionalities, such as gas-free instant cancellations and various types of orders that make the user experience very similar to a common exchange.

In more detail, IDEX has recorded almost 50,000 transactions in the last seven days, for a total daily volume of over 17,000 ETH, or just over 4 million euros.

Despite the figure, these are volumes of at least one order of magnitude smaller than the common centralised exchanges. The only DEX capable of recording higher volumes than IDEX, albeit on another chain, to date is Binance DEX, with almost 6.5 million euros of daily volumes. 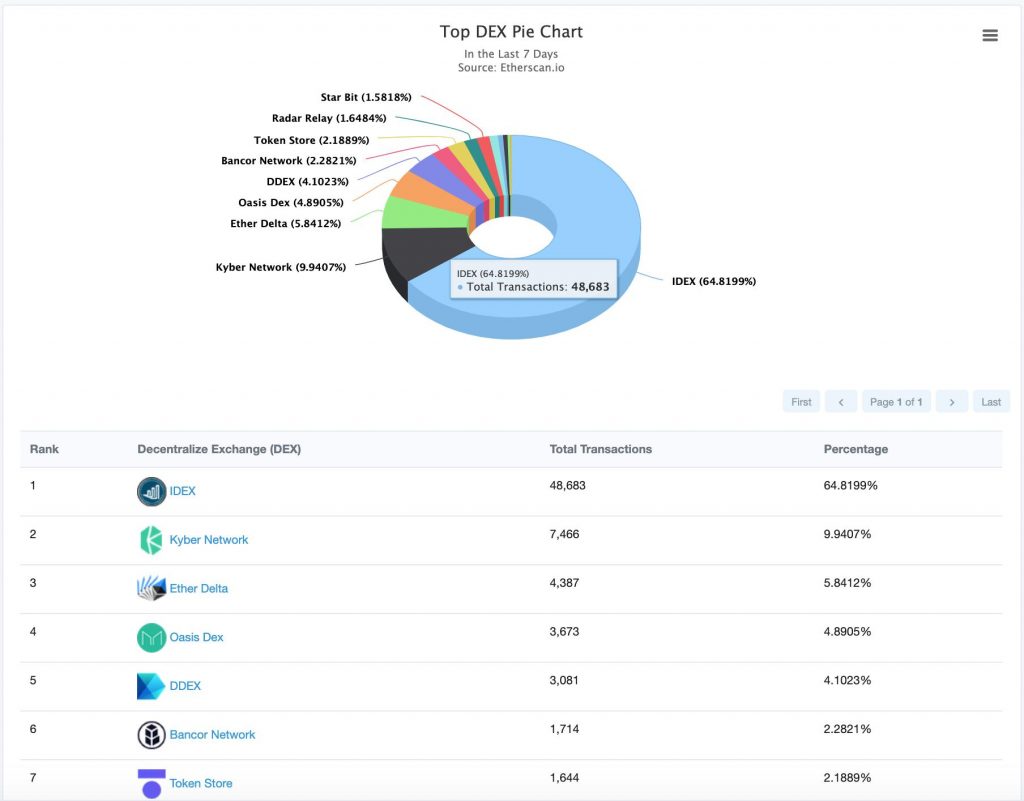 Also on Ethereum, the second most used DEX is Kyber Network, which became famous thanks to the integration with MyEtherWallet, the well-known wallet for Ethereum and ERC20 tokens. However, despite its second place on the podium, this DEX only holds 10% of the volume.

In third place, there is the EtherDelta DEX, one of the first decentralized exchanges launched on Ethereum.

In the last few hours, important news has been circulating on the web about the decentralised exchange Bancor. It seems, in fact, that the aforementioned DEX will soon restrict access to its service to American residents, somewhat similar to what happened in the past with IDEX users residing in New York.

American users of Bancor, therefore, will no longer be able to use the DEX to trade but will still be able to access and withdraw their own funds.

The news echoes a bit what happened in recent days with Binance, forced to announce Binance US for American citizens because of regulatory issues. However, this news is more sensational, since Bancor is, theoretically, a decentralised exchange, therefore without a central body.