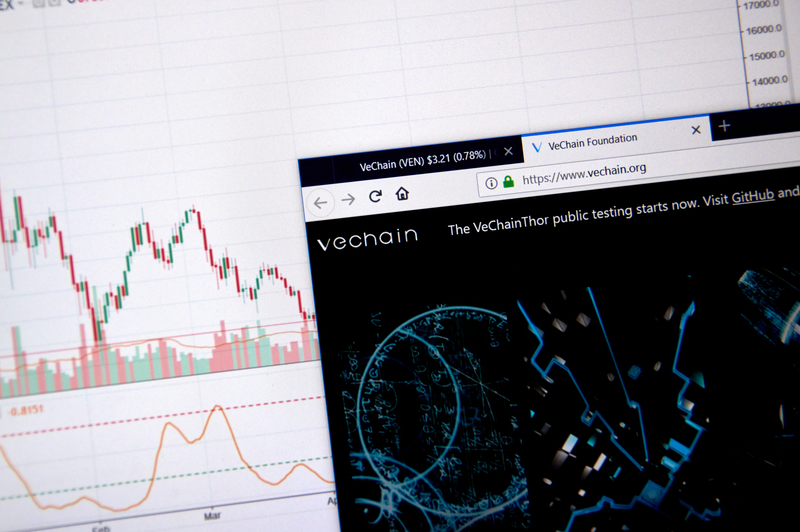 VeChain: the price today rises by 60%

Today kicks off with the strong upward movement in the price of VeChain which, in a few minutes, benefited from positive news from Walmart who said it will use VeChain’s blockchain to track the food delivery and sales chain in China. 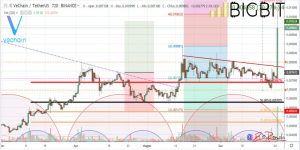 This has made the price of VeChain score a leap that has gone over 60%, after having dozed since mid-May around the $0.007 area. This morning, with this rise, the price went over 1 cent. Prices are trying to stabilise around this level. It is a strong rally that brings back the levels of last October.

Among the first hundred cryptocurrencies per market capitalisation, together with VeChain, there is Energi (NRG) that rises by 40% and conquers the 67th position in the ranking with a capitalisation of more than 142 million dollars. 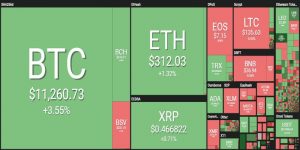 Today more than 60% of cryptocurrencies are in positive territory. In the top 10, strong bullish signals emerge. Of these, only Litecoin and Binance have a slight downward movement. Litecoin highlights the profit-taking following the peaks of 2019 and after having put the Bear market behind before all the other coins, while for Binance the profit-taking has started after the recent absolute historical records.

As far as the general context is concerned, the market cap, with this morning’s rise, is trying to consolidate itself at over $336 billion. Bitcoin continues to want to break the 60% market share threshold, a level already seen yesterday and that if it were breached upwards it would bring back the dominance of December 2017.

Bitcoin’s further rise of this morning marks a new record for 2019 in the $11,430 area, a bullish movement that is not supported by particular purchases. With momentum indicators entering an area of overbought, it becomes likely that profit-taking by bullish speculators can begin from these levels.

Bitcoin will maintain a bullish trend if prices over the next few days continue to maintain the price of $9,800. Only violent declines below this threshold would lead to bearish positions and strong speculation.

A break of 11,500 dollars area could cause a panic buying and a rapid rise to 12 thousand dollars, next psychological level.

Ethereum maintains very well the breach over 300 dollars occurred over the weekend and tries to consolidate over 310 dollars. Ethereum must not return below the $270 threshold in the next few hours. The dangerous threshold for downward speculation risk remains $250-255.