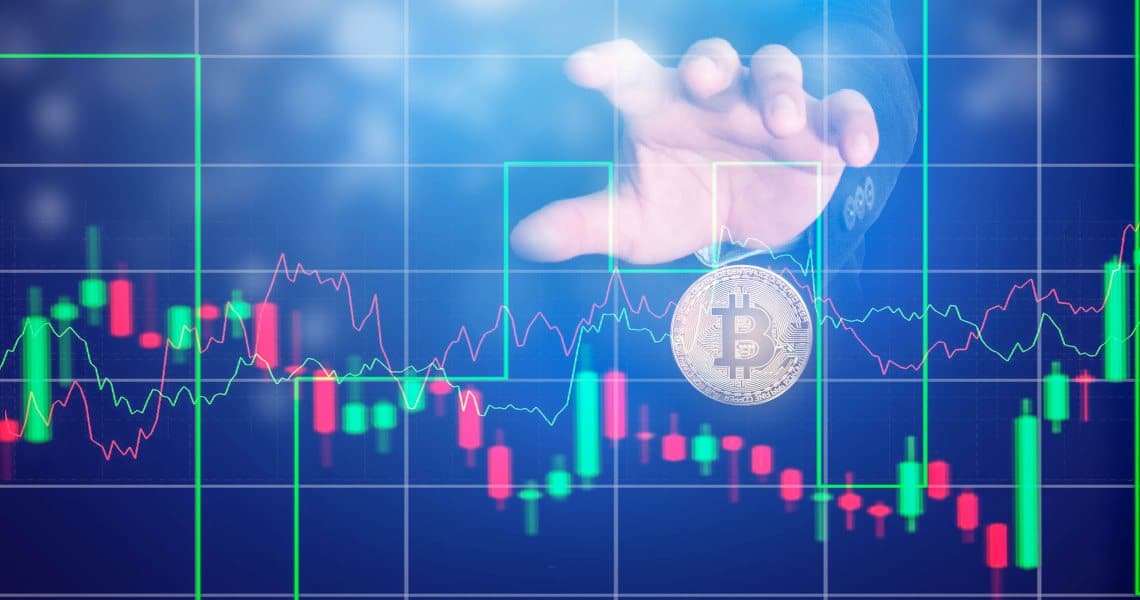 The correlation between stock markets and crypto

The collapse of the financial markets combined with the downturn in the cryptocurrency sector leads to the possibility that there is a correlation between the stock market and crypto. There is a connection.

In traditional markets, namely the stock market, any movement that takes place in a context where, on the basis of previous highs, prices do not go beyond a 20% loss is considered as a correction. Therefore, in a normal context, today’s losses, which are falling more than 15% on a weekly basis, could be a correction.

But since 90% of this loss occurred only in 5 days, then it must be considered a crash, an unexpected and unforeseen crash that in just 5 days has cancelled the rises of the last six months. It would seem to be a first sign of the so-called black swan event.

This is leading to an explosion of volatility on the part of the VIX which is nearing its February 2018 highs. It is necessary to look back at August 2015 to see a VIX level above 50. These are the reference dates. VIX has tripled in just five days, +190% since closing last Friday. This is the highest jump in percentage terms since 2015 when it took just under two weeks. The other previous one is from 2008 when it occurred over 4 weeks.

When looking at what is happening on the stock markets, to find such an intense and downward movement in a week for the S&P 500, it is necessary to go back to February 2018, whereas for the Eurostoxx this has not happened since 2015.

It is a very delicate situation, which is driven by the Coronavirus. But such a violent downturn most likely hides other indications. In these hours the operators are urging what could be the moves of the FED that could anticipate the first rate cut in 2020 that was to be announced in March. This emergency could be a forerunner.

But what also attracts attention at this time is the gold market. The traditional safe-haven asset is losing 7% from last Monday’s highs, closing a week in the negative, with a loss that is 50% of traditional markets, but which totally cancels out last week’s rise. Last Monday, gold reached $1,700 an ounce, the highest level in 7 years, since January 2013.

The cryptocurrency sector is also marking a week with double-digit declines since last November. The sector and in particular Bitcoin is correlated to gold, a correlation that had never been recorded in recent years. Gold, bitcoin and cryptocurrencies are closing a week in the negative.

When there are unforeseen events, such as the bloodbath that is wiping out the bullish months, retail is closing loss-making positions. The same is true of the institutional with the famous margin calls. In order to cover the losses, the institutions are taking profits even on the positions where they are in profit, this is to limit losses or to keep their balance at breakeven or positive, closing the positions, even those in strong profit. This is happening on safe-haven assets such as gold and in all probability also cryptocurrencies.

Cryptocurrencies are found for the first time in their history, in particular, Bitcoin to face a delicate event, so-called exogenous, outside the markets, not for financial reasons, but with reflections that are then mirrored in the financial markets. So much so that the VIX index is called the fear index because since yesterday there has been panic selling, when everything is being sold, precisely because of panic.

It will be interesting to understand the dynamics of the next few days to figure out how professional investors will position themselves to cover the further continuation of a bearish trend which is just beginning, or if there will be some action on the part of central banks that are increasingly urged to intervene.

From the health and economic-financial point of view, a volatile and turbulent period, totally different from the one we have witnessed in recent years, has most likely begun.

Since Bitcoin was born, this is the first real emergency at a global level that is affecting the financial markets.