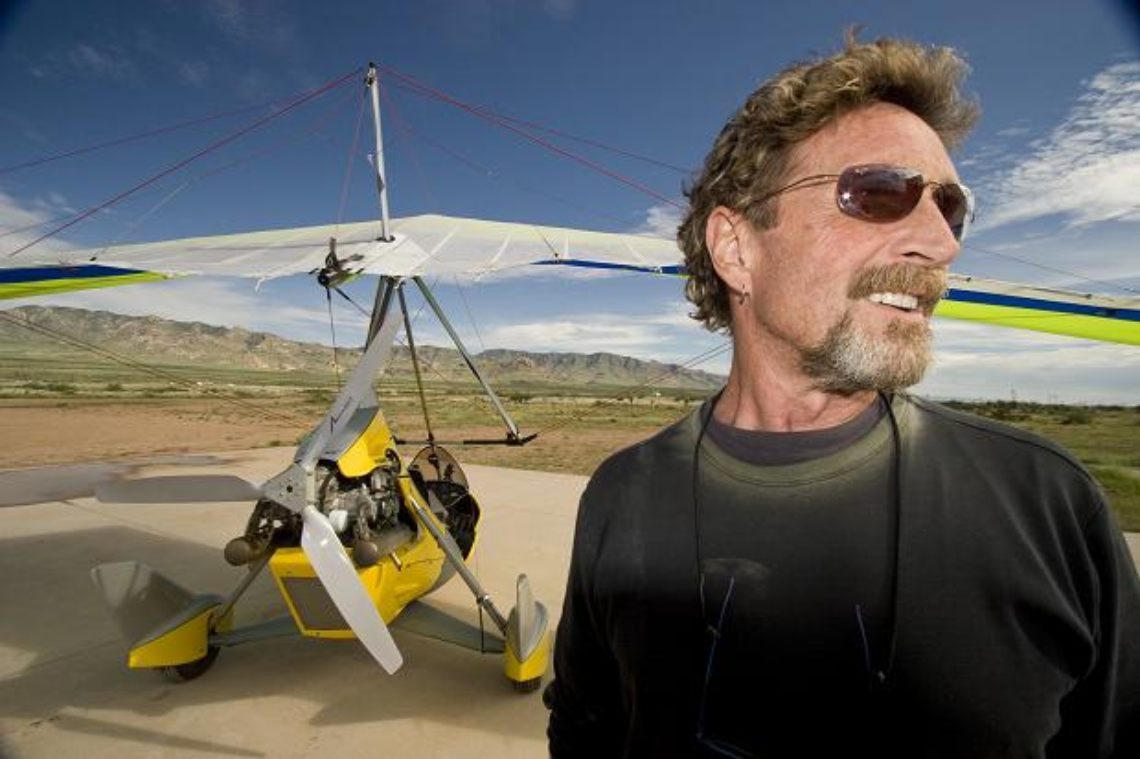 John McAfee changes his mind: Bitcoin is old and worthless

In a recent tweet, John McAfee withdraws his Bitcoin price prediction of $1 million, but reiterates that he will still keep the other promise:

My Bitcoin bet date has always been Dec 31st 2020 (see link). When asked in July if I was going to eat my dick in three years I naturally said yes. Didn't mean in July FFS!

Did I believe that number. Of course not!

The whole thing starts from an old tweet, dating back to 2017, before the asset reached its historical peak. On that occasion, McAfee had “doubled” the bet by raising his previous prediction from $500,000 to $1 million by the end of 2020.

A prediction that he also confirmed last year by being very bullish about the asset. Other million-dollar predictions also came from Moon Capital. This shows that last year there was a real excitement about how the asset would evolve during 2020.

Now we are already in the second half of the year 2020 and also after the fateful halving of the protocol, seen by many as a springboard for the price.

Past data has shown a correlation between halvings and increases in price, which many believe will happen in the future, although it is difficult to say with any certainty that this will happen.

Looking at the chart of the last 3 months, it can be seen that the Bitcoin price has actually remained almost the same in the $9,000 and $10,000 range. BTC doesn’t seem to be moving in one direction or the other, as if interest has been lost and the halving hasn’t affected the price at all.

Even John McAfee must have taken note of these figures, and in order to protect his reputation he immediately withdrew his previous prediction, but he will keep the promise about his TV show, which in any case he may not keep or deny at a later date. McAfee then added that Bitcoin has no value:

Not going to get out of it. I never believed Bitcoin would hit $1 mil. It's absurd. Ir's an old, tired, worthless coin.

I just wanted to eat my dick on TV.

These words are certainly disconcerting for someone like him, but perhaps also dictated by his new project which is Ghost, a cryptocurrency focused on providing privacy and being fast compared to other solutions.

It’s true however that it’s early to give a valid judgment or prediction until the end of the year, a period that has not always resulted in a price increase for Bitcoin. On the contrary, Bitcoin could both exceed current levels, but also decrease by half as it has done in the past.

At this point, we just have to wait and see when there will be a run-up for Bitcoin that will greatly increase its value, with people starting to buy more due to FOMO rather than anything else.

Previous article DeFi: new record volumes for DEXs
Next article Binance and the growth of TRON