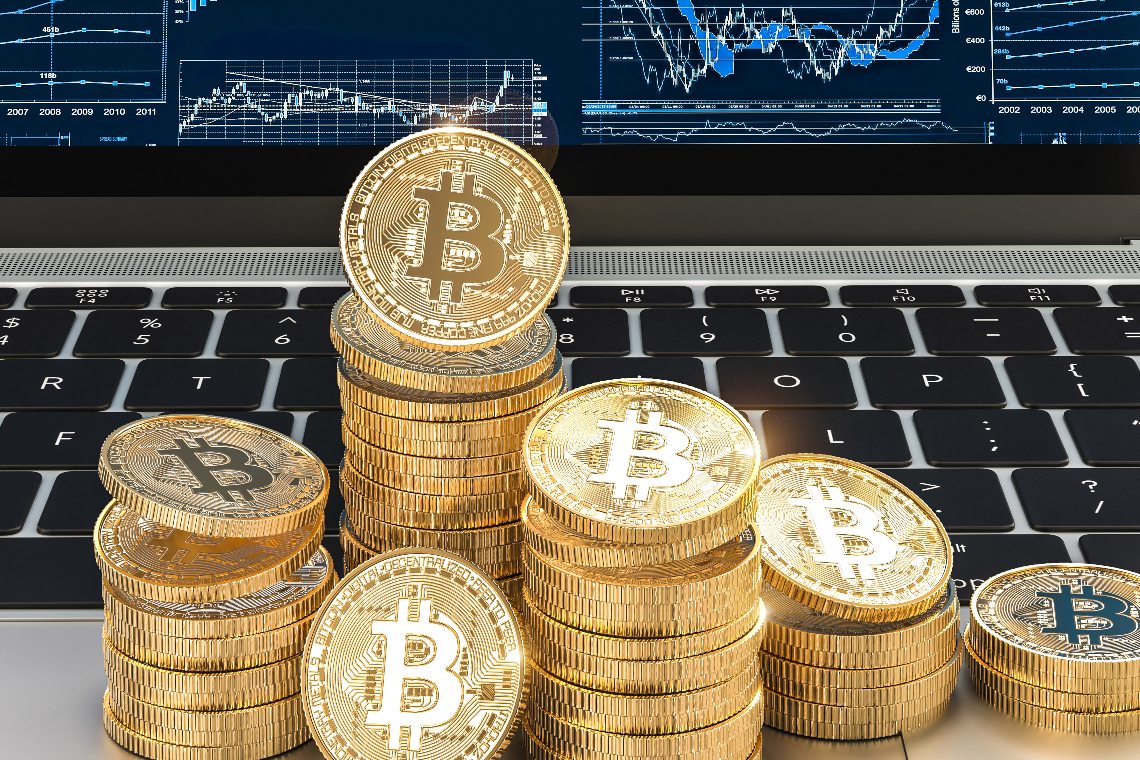 In the last few hours, there have been hesitant signs of unfreezing from the numbness that has been haunting Bitcoin since last May and which in the previous days has seen volatility drop to the lowest levels in the last 4 years.

Yesterday, the modest upward movement (+1.8% from yesterday’s levels) brought the prices of Bitcoin back to $9,400, levels that had not been recorded since the first week of July. This has started to move the whole sector a bit. Most of the altcoins benefited from it.

Over 75% are in positive territory. Among the top 20, positive signs clearly prevail. Only two signs are below par, Stellar (XLM) slipping by 0.5% and Chainlink (LINK) falling by 3%, after the strong rises that characterized mid-June and ended in mid-July. Thanks to this increase, Chainlink reached almost $9. 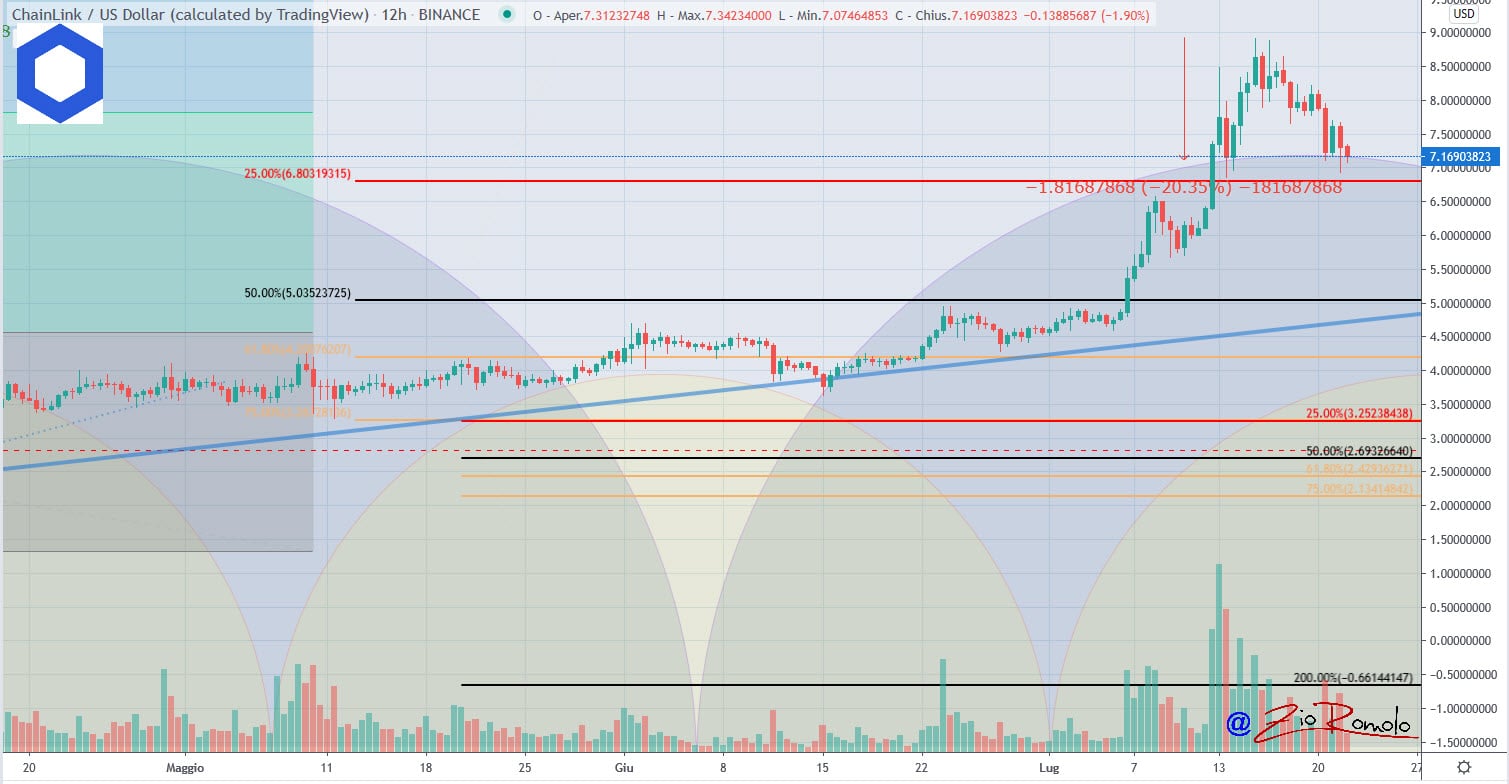 It currently fluctuates just under $7 and is looking for support to start again.

Yesterday’s small leap of Bitcoin also stirred up volumes, which are growing again at a general level and reached 80 billion dollars in the last 24 hours, +30% from Monday’s levels.

Not only the spot market but also derivatives (futures and options) are once again in full swing.

The leading exchange in the industry, BitMEX, marks exchanges for a counter value of just over 1 billion dollars, levels that had not been seen since the beginning of March.

Same levels for the other famous exchange, Huobi. The other exchanges that allow trading on Bitcoin’s future derivatives, ByBit and Binance, recorded 450 million dollars on Bitcoin’s open interest volumes, the highest levels ever.

Options also see open interest rise, and not just for Bitcoin. On Bitcoin, the open interest exceeds $1.4 billion, the highest level since June 25th, but also options on Ethereum fly over $125 million.

Compared to the levels of July 1st, the dollar counter value of open interest also doubled on Ethereum options.

This shows that operators are also looking at the trades and the current movement as more of a consolidation opportunity for a next high leap, and this allows them to hedge their risk by raising their put positions for the risk of possible declines.

In the last 24 hours, the total volume of open options on put positions has doubled that of calls covering the risk of possible increases. This shows that professional operators are betting more on the next upward movement while maintaining the defence of hedges.

Alongside Bitcoin and altcoins, it’s also a historic day for stablecoins pegged to the US dollar that for the first time managed to break the 10 billion capitalization threshold.

Tether holds 83% of the market cap, trading a volume that doubles the market cap, with 22 billion dollars, equal to over 97% of the entire trading volume on all stablecoins. 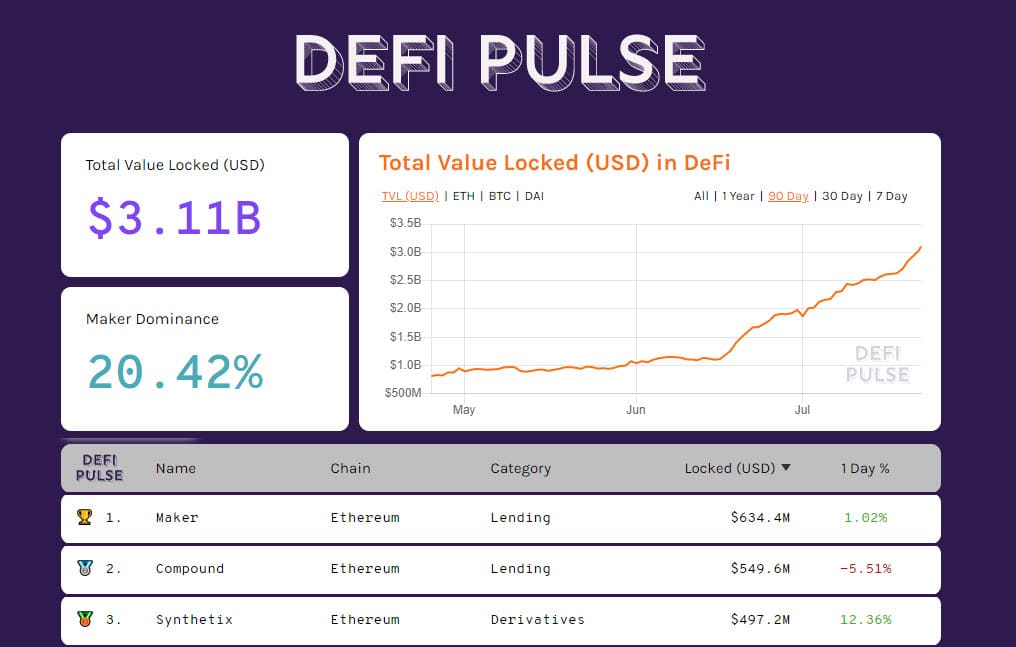 It’s also a historic day for the total value locked on the dApps of decentralized finance, which for the first time exceeds 3 billion jumping over $3.11 billion. The rise of TVL (Total Value Locked) continues for DeFi, with liquidity tripling on the entire sector compared to the total of 1 billion recorded on June 12th.

A glorious day for Aave (LEND) that conquers, for the first time, the third position with more than 508 million dollars locked as collateral. Maker, Compound and Aave together hold about 65% of the entire market. 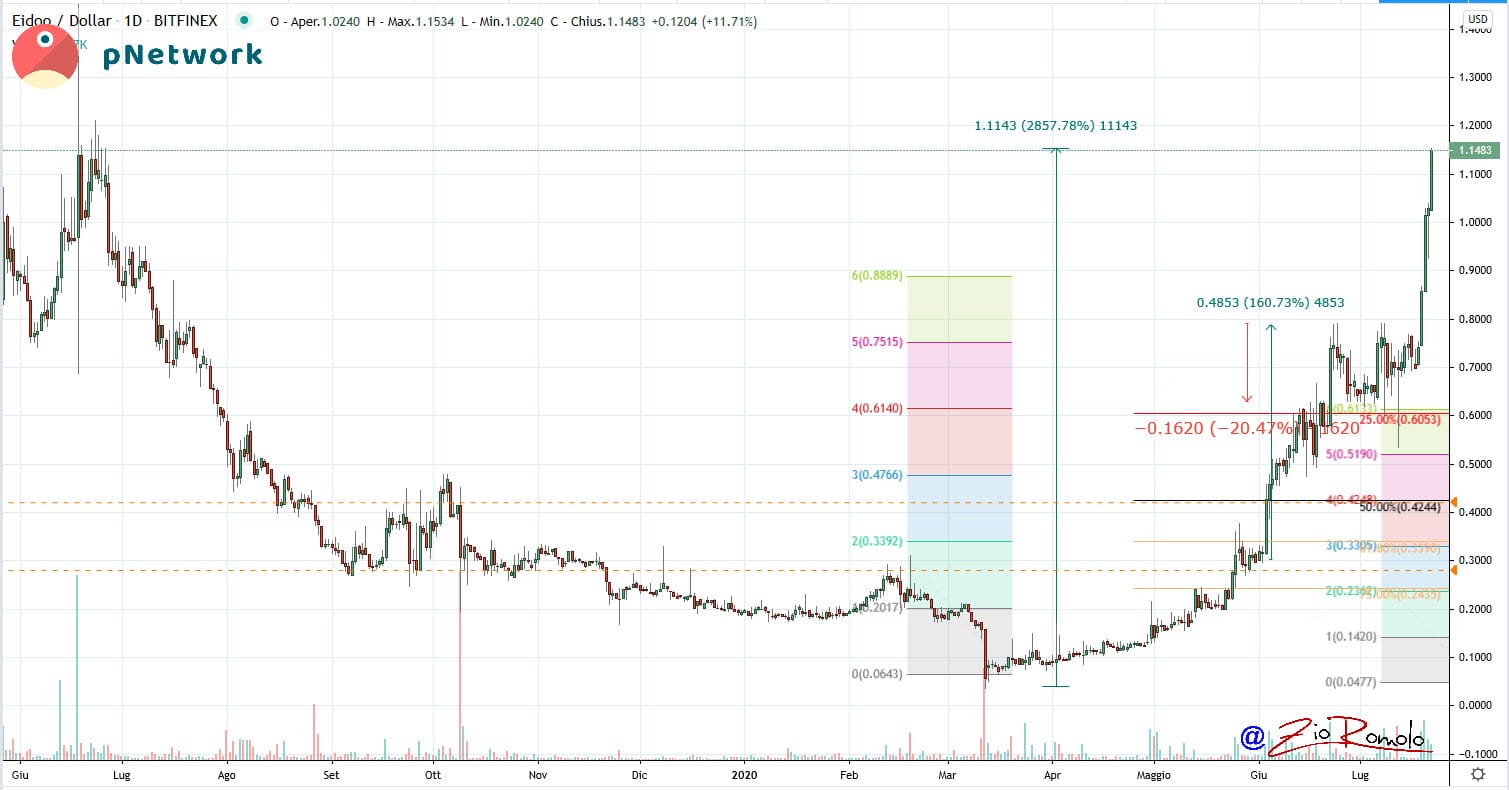 Eidoo continues to climb, showing an increasingly bullish trend. In the last 24 hours, PNT has made a further leap of more than 15%, bringing the prices back to over $1.15 after breaking the dollar level yesterday.

PNT returns to the levels of June 2019, which correspond to the highs of the last 2 years. PNT (formerly EDO) is at a crucial point in the medium and long term. The market rewards the recent development of Eidoo’s team, which has recorded a performance that since the lows of mid-March is close to 2,900%.

This highlights how a brief indication is enough to trigger the movements over the course of the day. There are still no clear signs of upward breaking even though option traders are seeing the protection volume increase on support levels. The main one remains at $8,950. After the break of the 9,350, the hedge in the $9,250 area begins to rise. Upwards, the crucial level to break down remains at $9,600, last recorded exactly one month ago.

Good upward leap for Ethereum, returning for the 6th time in the last two months to test the $248-250. For ETH it’s yet another demonstration of wanting to break the $250 resistance.

However, volumes are necessary, which yesterday returned to rise again after 10 days, exceeding $600 million, a level not recorded since July 8th. For Ethereum, the coverage of operators in options remains stable. The main one starts to move from $215 to $225, while the closest one is $235. These are the levels to be monitored in case of a trend change for Ethereum.

Since the beginning of June, despite the sideways trend, Ethereum shows that it does not want to give up the medium and long term supports, precisely at $225.