10 of the best DeFi projects in July

Santiment has published the list of the 10 best DeFi projects of July 2020 in terms of development activity.

Santiment compiles this list every month, focusing on ERC-20 projects and tracking the work of developers over the last 30 days.

In particular, this list only looks at projects that are currently being developed on Ethereum, and do not yet have their own working proprietary mainnet, or an upcoming token swap.

The activity of the developers shows the monthly commitment devoted to creating or improving the products and tools of the project, so as to stay consistent with the roadmap.

The ranking of the best DeFi projects

Here is the ranking: 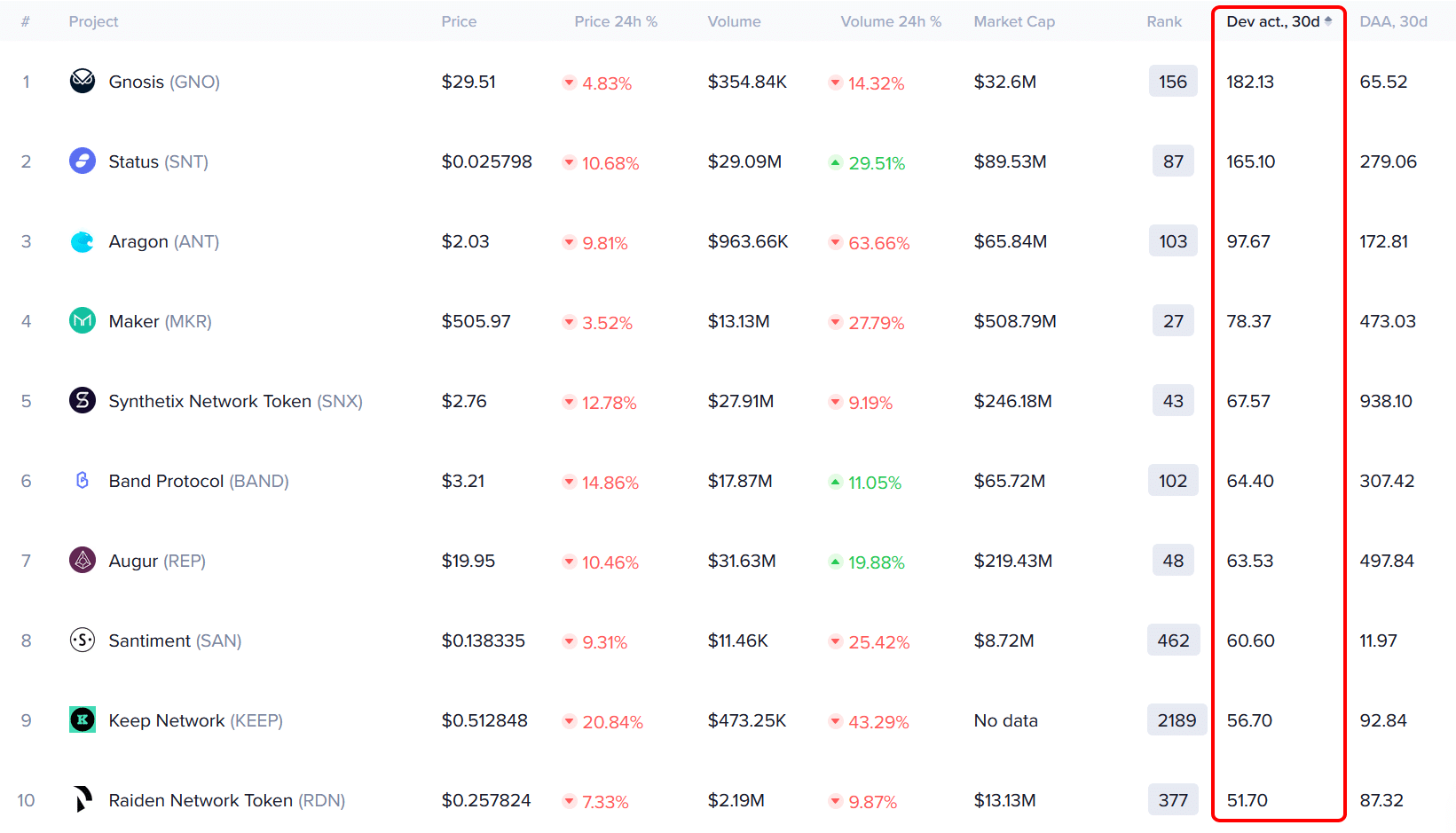 As far as Gnosis is concerned, the July daily curve of developers’ activity has an upward trend that may resemble that of the price curve of its GNO token.

A similar point can be made for Status, although paradoxically the price curve of its SNT token has grown before the growth of the developers’ activity, probably due to the fact that the two curves are not particularly correlated.

As far as the other 5 projects are concerned, there does not seem to be an evident correlation between the two curves, probably because the effects of the development activity usually emerge only in the long term.

Previous article Daniel Larimer's patent on blockchain voting
Next article Bloomberg: the Bitcoin mania is back