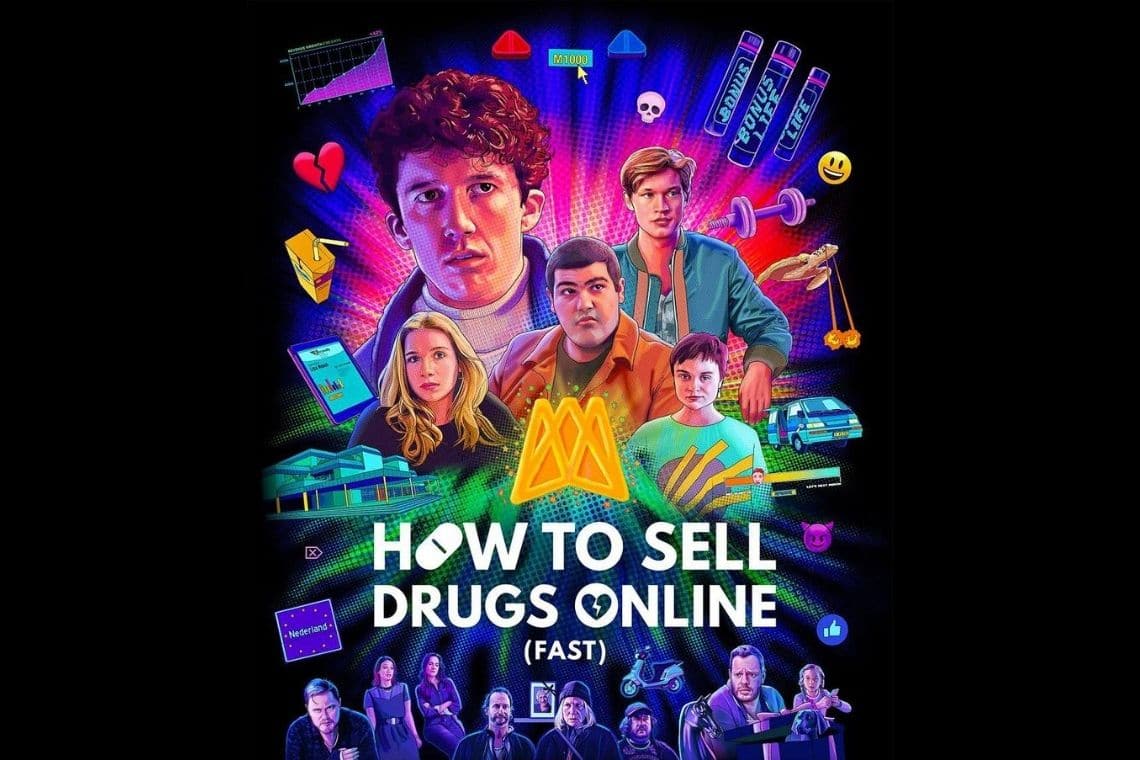 More Bitcoin in “How to Sell Drugs Online (Fast)”

The second season of “How to Sell Drugs Online (Fast)” appeared a few days ago on Netflix and has become one of the most viewed series of the platform.

The story is that of a German teenager who opens an online ecstasy store, MyDrugs. Of course, the payment method was cryptocurrency. In the first season four crypto assets are shown:

In the second season, only Bitcoin remains, and there is no trace of the other three currencies. The second season opens with Moritz and Lenny, joined by Dan, who do not know how to redeem their bitcoin. They say that they are the only criminals (teenagers) who don’t have nice cars.

That’s because they haven’t found a way to convert bitcoin into fiat without being tracked down.

Dan, the handsome boy of the school, son of a rich sportsman, who shows up with a credit card with a Bitcoin logo, is the counterpart of Kira, who instead uses mixers to hide transactions and divide the BTC, essentially to make them take that long path that leads to the bitcoin being converted into euros that end up in the bank account of the three boys. An account managed by Dan’s mom.

The result is that Dan’s card ends up shredded because according to Moritz and Lenny it is traceable. While Kira, a nerd who establishes a relationship with Lenny, makes a living by using Bitcoin in another way: installing ransomware in the cell phones of the unfortunate victims who connect to open Wi-Fi networks. She asks them for a payment in bitcoin of about 1,000 euros.

In short, in this TV series Bitcoin is depicted as a tool to buy drugs and pay ransoms. There is no evidence of its use as it was imagined by its founder, Satoshi Nakamoto, a simple decentralized payment system.

But at least the series has the merit of denying that Bitcoin can be anonymous, by explaining its operation.

How to Sell Drugs Online, a true story

The main character of the TV series is Moritz, a German teenager who opens an online store to sell ecstasy with the aim of winning back Lisa, his girlfriend who has returned a bit different from a study trip in the United States.

He reminds a bit of Mr White, the unsuspected chemistry teacher starring in Breaking Bad, who starts producing amphetamines to give financial support to his family when he will be gone due to his lung cancer.

Mr White’s business grows so big that he ends up cornering the Mexican drug cartels. The same happens to Mo’, who starts by buying ecstasy from a local drug dealer and then gets supplies from Dutch “professionals”.

Like Walter White, who has a brother-in-law in the DEA, Moritz has a cop in the house, his father.

But there are a couple of significant differences:

How to Sell Drugs Online is also reminiscent of The Social Network, which is also a true story. The disagreements between the three friends who run MyDrugs remind those of Mark Zuckerberg and the Winklevoss twins at the time of the founding of Facebook.

Ultimately, How to Sell Drugs Online is a TV series that can be watched in one fell swoop. Like the first season, the second season is made up of six 30-minute episodes, all of which can be watched in half a day on the couch. Its coverage of Bitcoin is limited to the negative and depicts MyDrugs as the German Silk Road.

Overall, however, it’s an intriguing and engaging series and one that enjoyed great success. So much so that Netflix has already announced the third season.

Previous article How to create an item on the store of the Zilliqa blockchain
Next article Bitcoin faucets: what are they and the working platforms