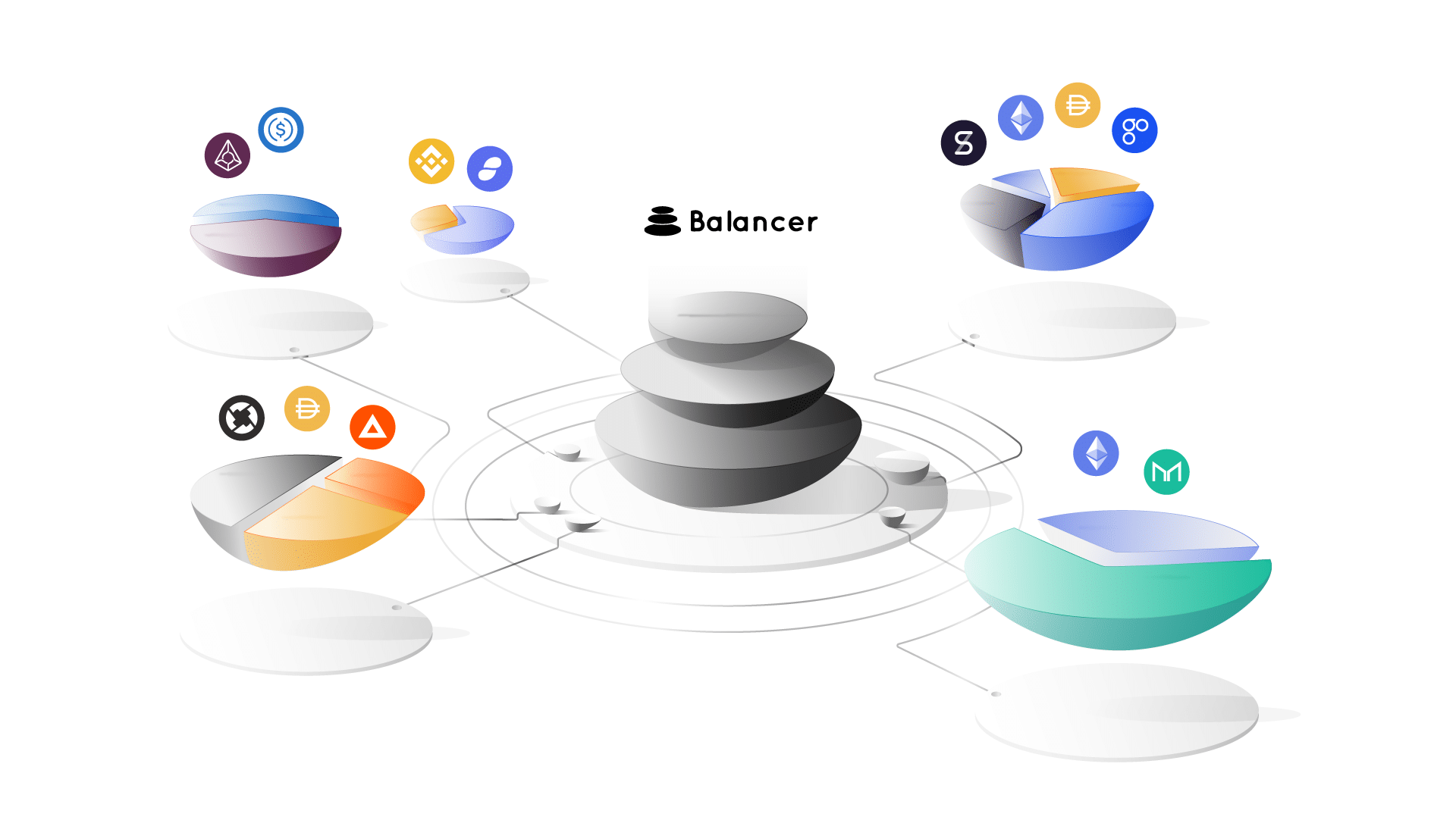 Balancer ready to delist Maker DAO, BAT and dozens of other tokens?

Yesterday, on the Balancer Discord channel, in the “Token Request” channel to be precise, there was a discussion about the listing and delisting of some tokens, whose dynamics are suspicious.

But let’s proceed in an orderly fashion.

Like Uniswap and other decentralized exchanges, on Balancer anyone can list their token without any particular approval. This is in fact a peculiarity of DEXs and the reason why more and more tokens decide to create their own pool here.

Balancer lists some of the most important tokens and cryptocurrencies in circulation, such as Maker DAO (MKR), Basic Attention Token (BAT) and many more like those built using the DFOhub system, including BUIDL, ARTE, Pornvisory (PVY) and so on.

The delisting for uint256 tokens

What happened is that yesterday, Balancer suddenly decided to univocally delist ARTE, citing as motivation the fact that this token does not meet the standards of the platform.

In particular, the reason would be that ARTE uses the uint256 standard to define the decimals of the token, which according to Balancer’s team would make it an “invalid ERC-20”, stating that the correct type for the return data is uint8.

After this announcement, the discussions on Discord began, also because tokens like MKR, BAT or OMG – just to name a few – follow the same standard but have certainly not been delisted.

So why this unfairness on Balancer?

Continuing the conversation, the user called “rabmarut”, a community manager who works as a volunteer in the Balancer team, explains that the BUIDL token will also be delisted, as it too returns decimals as uint256. 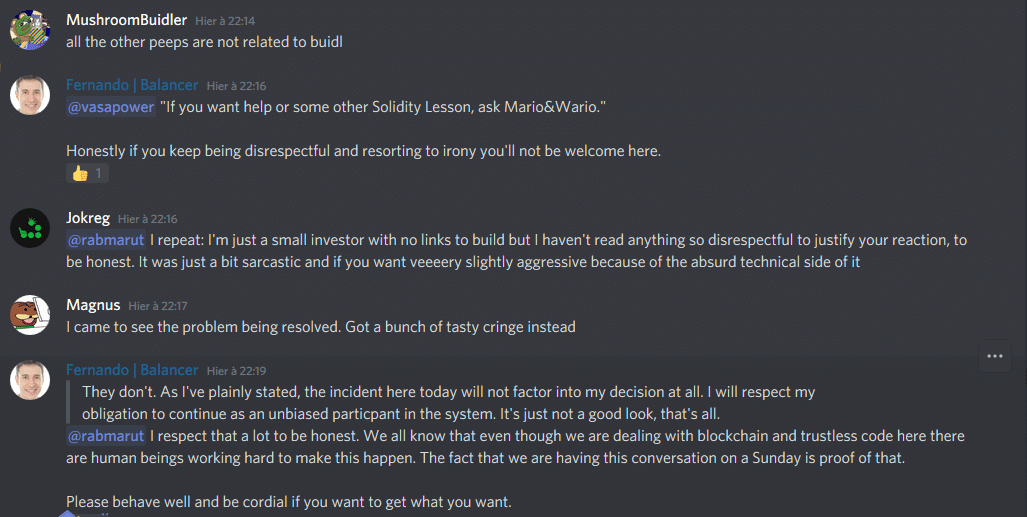 The conversation, after a few fiery messages, begins to turn very personal, with attacks by the Balancer team against the DFOhub team.

For example, after Marco Vasapollo and Alessandro Mario Laganà Toschi, the two co-inventors DFOhub, explained in the chat that many other tokens listed on Balancer use uint256 decimals, also providing a detailed technical explanation that demonstrates the unsustainability of Balancer’s theory, they are practically invited to leave the chat:

“Honestly, if you keep being so disrespectful and resorting to irony you will not be welcome here,” writes Fernando Martinelli, CEO of Balancer.

The conversation continues for a few more hours and Martinelli even goes so far as to say that even if Maker DAO should not be delisted, this does not mean that other tokens – which follow the same standard for decimals – will not be.

The question therefore arises spontaneously, is it really because of the uint256 decimals that the tokens will be delisted? If so, why are exceptions being made?

Also, let’s not forget that Balancer is a DEX but in this case, as demonstrated by ARTE’s delisting and the conversation, it seems more like a centralized exchange. 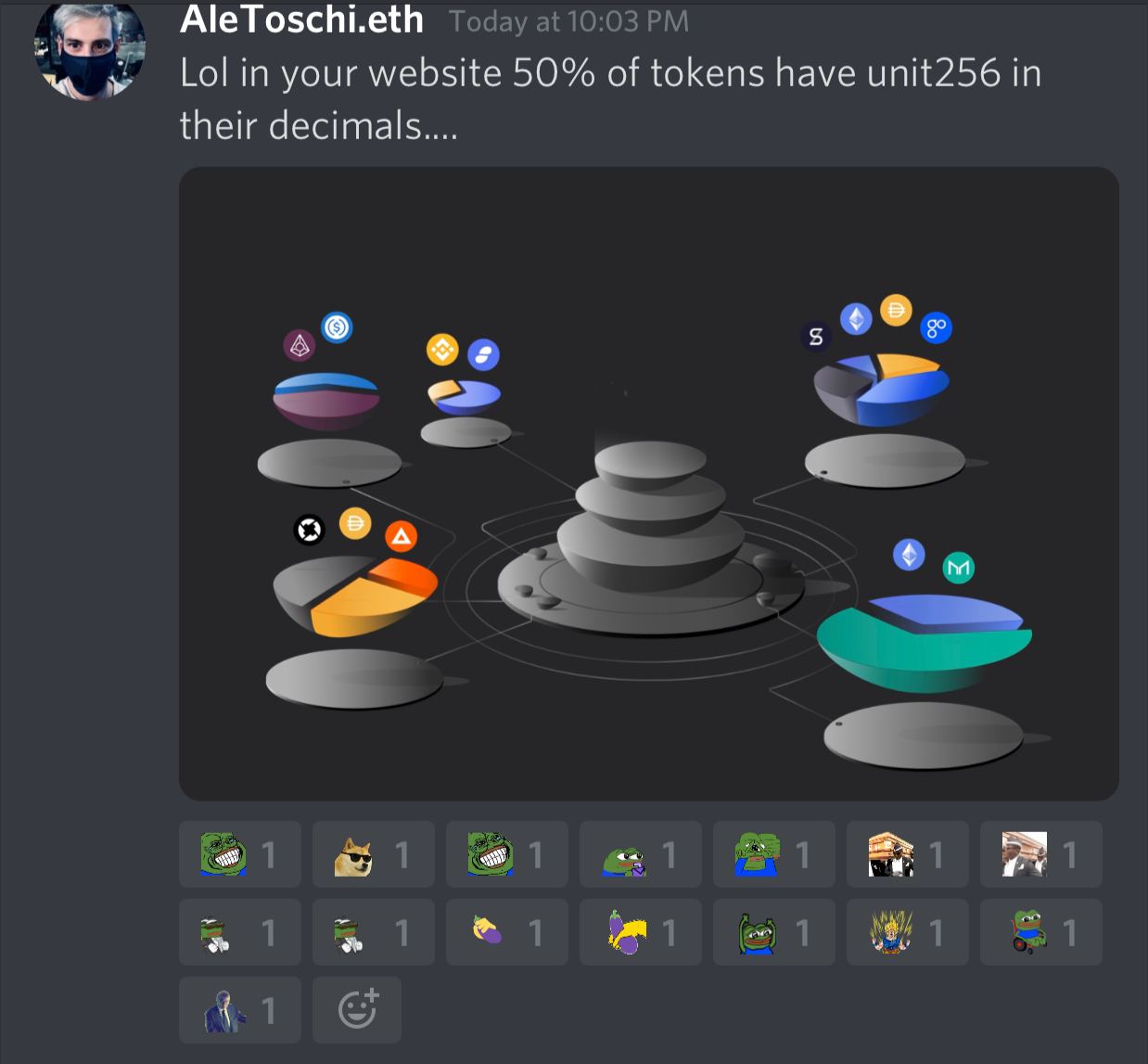 Looking at the OpenZeppelin repository, one of the most used sources for finding the code used on the Ethereum Virtual Machine, we can see that neither the decimals() method nor the uint8 return type are mandatory for a real and valid ERC20 but only optional, as is also the use of uint256.

In any case, in Solidity programming, the signature of the methods in the bytecode of a contract keeps track only of the names and related input parameters and not of the output ones.

Thus, in the case of the above method, the signature is made by taking into account only the first 4 bytes of the hash of the string “decimals()”, which is therefore identical both if the method returns a uint8 and uint256 type, making any suspicion of incompatibility advanced by the Balancer team unfounded.

The explanation is further confirmed because the very low numerical values returned by the decimals() method, such as 18 (the number of standard decimals used both by ETH itself and, by convention, by the vast majority of tokens), are identical both if the method returns a uint8 and a uint256 type.

It is therefore clear that the intention of delisting is therefore to be found in reasons that are not at all of technical incompatibility, as instead claimed by the Balancer team.

Previous article Ethereum: DEX volumes on the rise. Uniswap in the lead
Next article LiteBringer: the Litecoin blockchain game impossible to complete