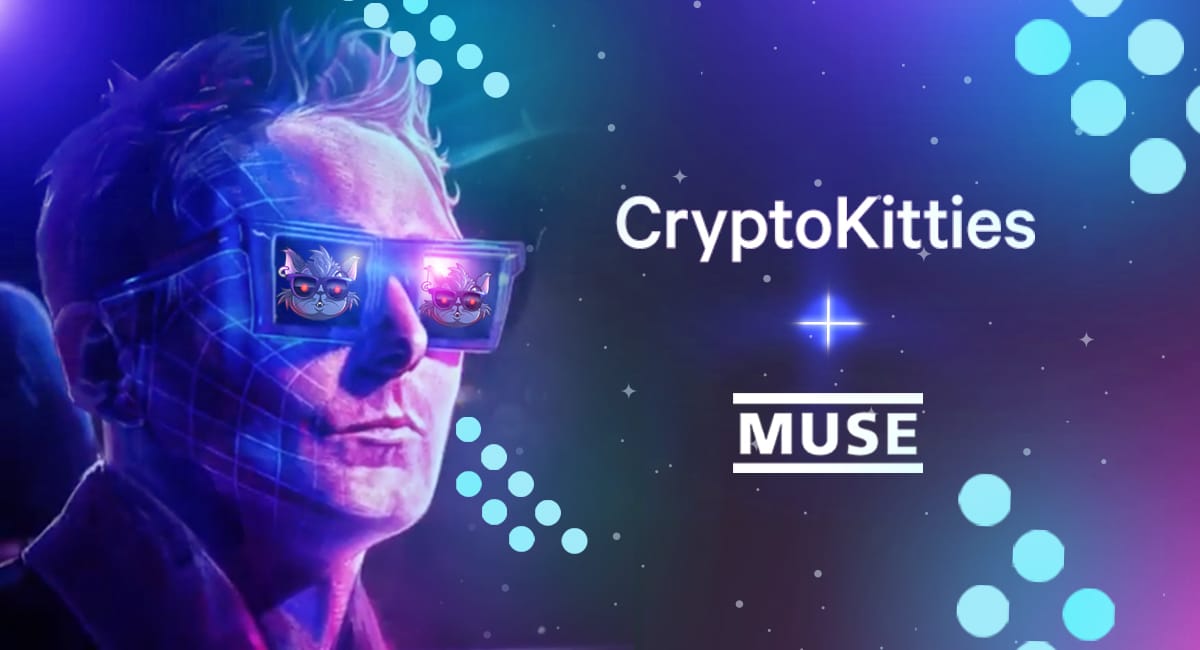 The rock CryptoKitties by Muse are here

The British rock band Muse recently announced that they have collaborated with the famous digital kittens of the Ethereum blockchain, CryptoKitties.

We’re talking about a limited collection signed by the band with images recalling their latest album entitled “The Simulation Theory”.

The two collectable kittens, named Mibbles and Marty, are the result of the collaboration with Muse whose singer, Matt Bellamy, has invested in Dapper Labs, and the Warner Music Group record company, which is one of the biggest in the industry.

For those who don’t know, Dapper Labs is one of the biggest investors in the CryptoKitties project.

The CryptoKitties of Muse are nothing more than unique and indivisible NFTs (Non Fungible Tokens) that have their own value given by their uniqueness, and for this reason, they can reach really important figures in this field especially among collectors.

This is the first time that we have seen this kind of news involving a famous rock band.

NFTs and how they can be used

Non-fungible tokens can be linked to figurines, but they are digitally created and based on blockchain.

They are like figurines in the sense that they represent images and are limited in number, often created with different rarity levels.

It is worth mentioning that these NFTs can also be integrated in different areas, think about the creation of works of art or other unique pieces, and they can also be used as concert tickets as they are unique and can save certain information such as the name of the buyer or a seat number.

Recently some NFTs linked to famous people like Paris Hilton have also been created and recently the actor Ashton Kutcher has also auctioned off one of his works, showing that the NFT market is constantly expanding.