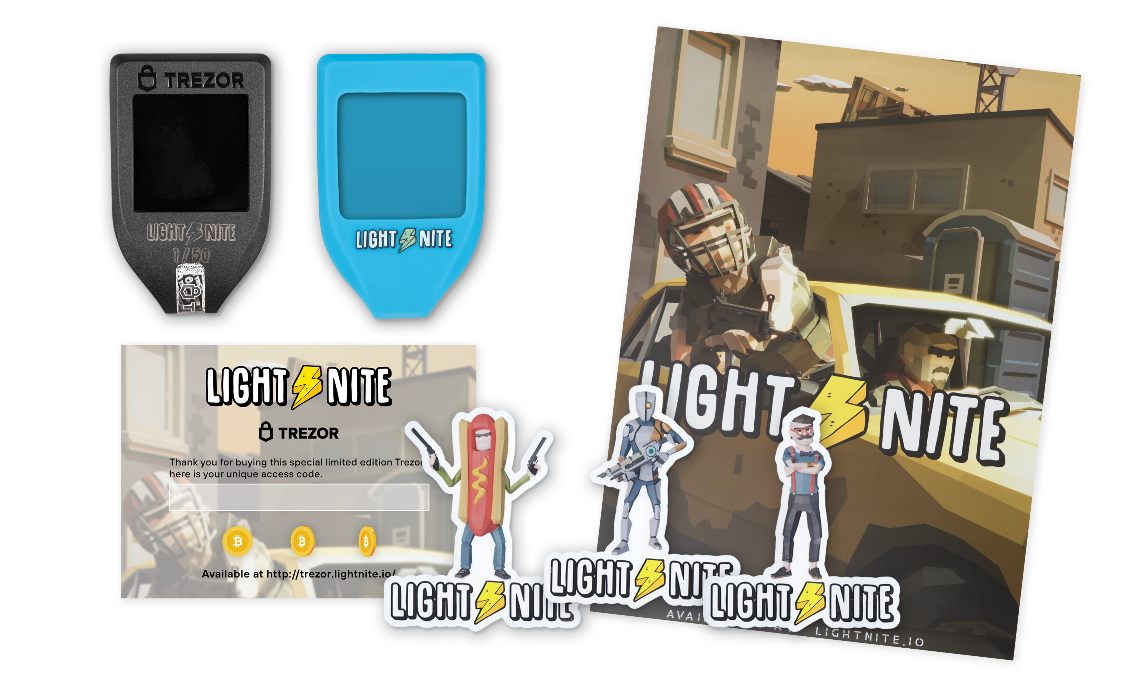 Trezor and Lightnite together for a special edition

The Trezor hardware wallet will be released in a special edition dedicated to lovers of the Lightnite game or those who want to approach it.

The package, on sale for 179 euro, contains:

The special edition is the result of the partnership between Trezor and Satoshi’s Game, which has developed Lightnite. The aim is also to spread the use of Bitcoin.

Lightnite is a battle royale-style game where users can earn Bitcoin. The rewards mechanism is instantaneous thanks to the technology of Lightning Network, the second layer of Bitcoin, which allows small transactions to take place quickly.

The difference with other games is that with Lightnite the “currency” is real and the bitcoin can also be withdrawn from the game and transferred to Trezor. Or they can be exchanged with other players for money. It’s a way that revolutionizes in-app stores in video games.

Lightnite is an FPS game where users can buy things from an in-app store. But above all, the items they buy are NFTs, which are unique: they have a real value, so players can choose to use them and resell them by facilitating transactions with Lightning Network.

And this is the natural evolution of the use of Bitcoin.

Since its inception, fans have been looking for a way to make the world of cryptocurrencies and video games interact.

That’s why Trezor partnered with Lightnite and Satoshi’s Game. As explained by SatoshiLabs’ CTO, Pavol Rusnak:

“We are proud to support projects that shift the bitcoin industry forward and that’s what Satoshi’s Games have been doing lately by using this new technology for in-game bitcoin transactions – the Lightning Network”.