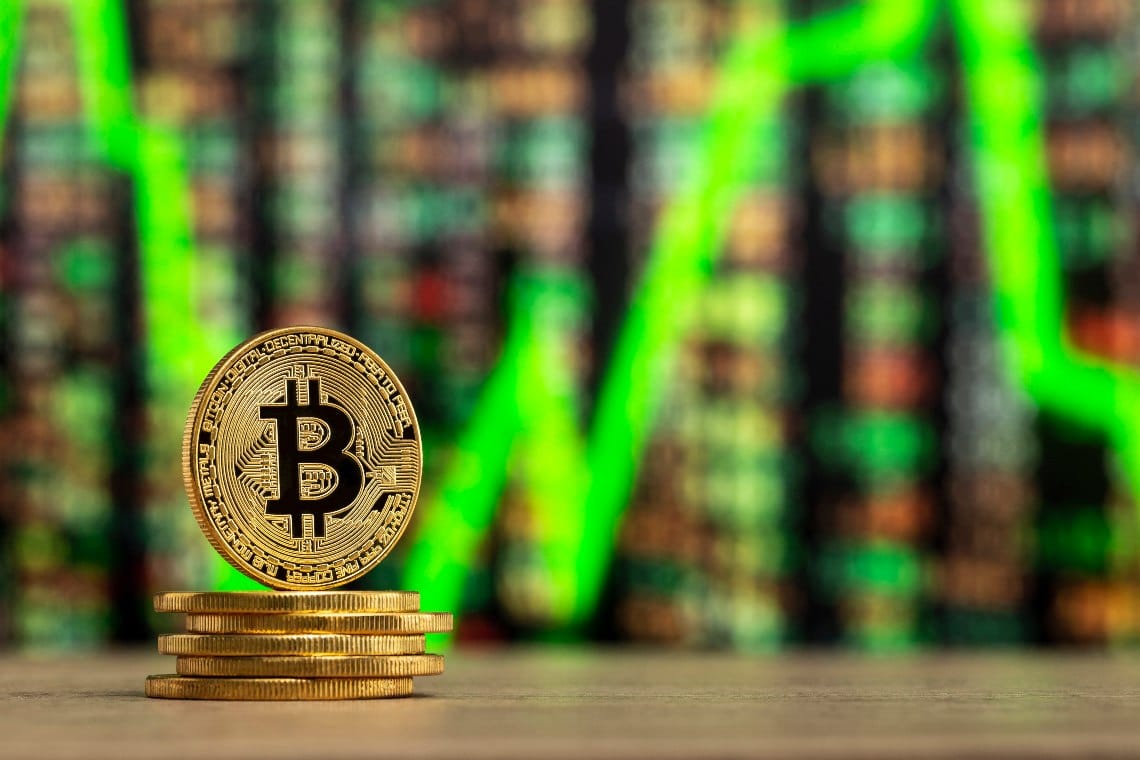 Despite the upward closing since mid-August in terms of intensity, with a respectable gain (+6%), Bitcoin prices are not able to close the week above the $11,000 threshold, an area that for much of the week has seen prices fluctuate above and below this level.

The recovery for Ethereum is less significant, just above the percentage point.

Among the big ones, the best one from a weekly perspective is NEO with an increase of over 16%, leaping to 17th position for capitalization, surpassing Monero (XMR) with a respectable increase that nearly reaches the double-digit (10%) on the seven days.

A bad fall for Chainlink (LINK) which lost more than 20% since last Monday, the worst performance among the Top20. The decline continues this morning with an 11% drop from Sunday morning’s quotation.

The first day of autumn opens under the sign of weakness with a fall below parity for more than 80% of the main cryptocurrencies.

Among the few and hesitant positive signs, only two assets jump record double-figure increases: Orchid (OXT) with a gain of 55% from yesterday’s levels, followed at a distance by DigiByte (DGB) up more than 14%.

On the opposite side, there are several declines over 10%, most of the tokens in the DeFi galaxy. The tokens DFI.Money (YFII), Aave (LEND) and Uniswap (UNI) falling over 12%.

Despite the difficulties of prices of the tokens, the entry of new capital into the decentralized financial sector is not halted, which in these hours with more than $9.7 billion records a new record for locked collateral. 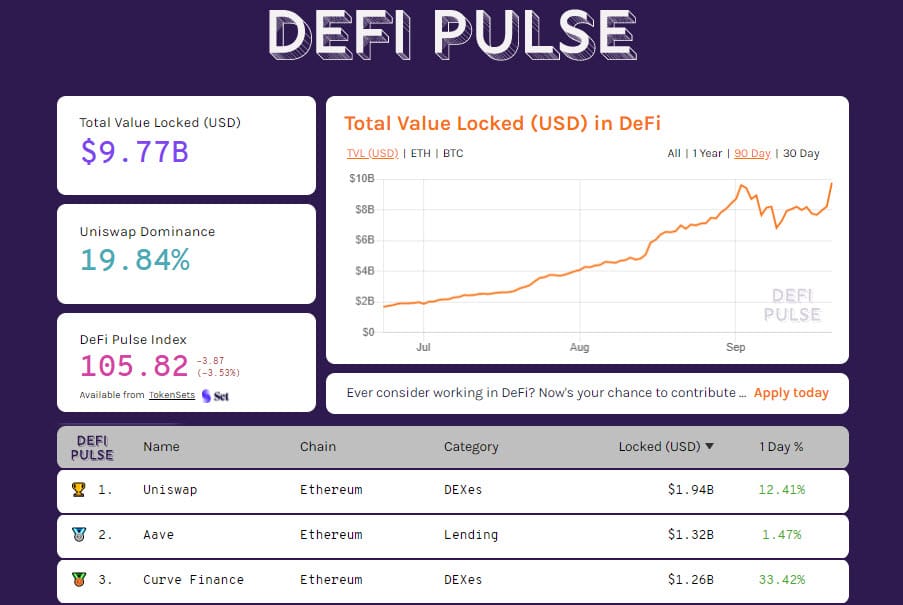 Ether sets a record close to 8 million units locked, as does Bitcoin with 116,000 BTC tokenized.

Uniswap strengthens its leadership just one step away from the historic $2 billion tokens locked. For the first time, Maker, the first decentralized lending platform, takes the podium, also surpassed by Curve Finance’s DEX.

Total capitalization is back below $350 billion accompanied by a contraction in volumes.

In contrast to the previous two weekends, trading is below the monthly daily average, with Ethereum trading in two days a little more than half traded last weekend, an indication that traders prefer to understand whether the uncertain trend in the last month of the third quarter is just a pause or a clue for the last part of the year.

The dominance of Bitcoin is over 58%, the highest level since the first week of September.

The weekend’s weakness continues this morning with a further downward stretch with prices testing at $10,700, the lowest level in the last five days.

The 12,000 dollars attack fails and it does not find the support of the purchasing volumes, increasing the confidence of the sellers, who lower the prices below the 11,000 dollars, going to test the strongest support to protect the declines.

Traders in options see the $10,700 as the most important level to break down in the event of a return of bearish strength.

Observing the strategies placed in the last few days, caution continues to prevail with a strength of Call options highlighted on Put. In the medium-long term, it is important not to sink below $10,450 in order not to undermine the rebound from the lows at the beginning of the month.

The decline started on Thursday from highs in area 390 continues, after having reached the highest level in the last two weeks. The step backwards brings the quotes back to test the $360 support area, which has repeatedly rejected any attempt to break through in the last ten days.

In these hours, the first level of protection is being tested in the $365 area, before reaching the most important level in the $345 area, positioned by operators in options. Also for Ethereum, the fear of the continuation of the weakness continues to prevail with an increase in the strength of the protections upwards over the last 24 hours.

In addition to the resistance of 415 USD, an area already present and analyzed last week, there is also another level just above 390 USD, which coincides with last week’s high.