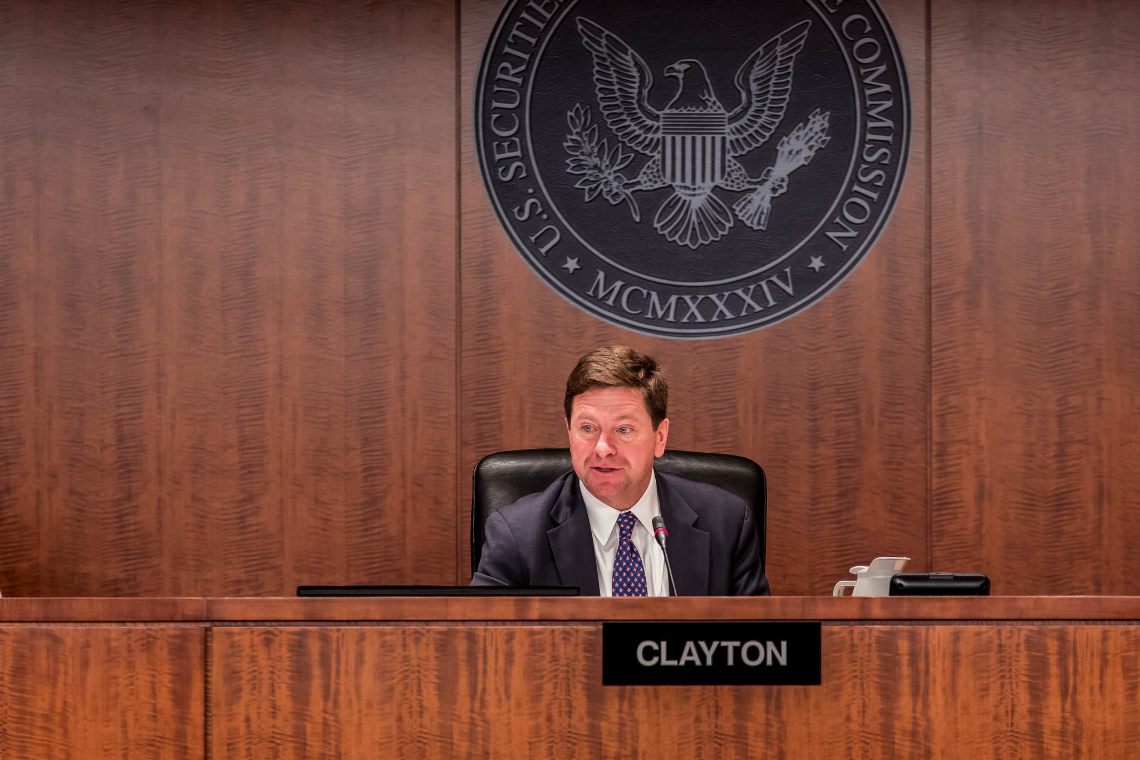 SEC and OCC: leverage the stablecoin and blockchain advantages

Giving a clear regulation to cryptocurrency and stablecoins, even going so far as to issue tokenized ETFs, this is what was said during a webinar attended by Jay Clayton, head of the SEC and Brian Brooks, Chief Operating Officer of OCC.

During the discussion there was talk about the potential of the blockchain, cryptocurrency, stablecoin, and a very uncertain regulatory framework.

In his words Jay Clayton admitted that the moment of uncertainty has been overcome, and that the blockchain has been able to demonstrate its efficiency. This opens the door to the shares’ tokenization. Because, explains Clayton, now payments are all in electronic format and governed by an algorithm, and even the trading world respects these canons.

However, we must not forget that there are people who issue shares and that those shares have purposes, this leads to responsibilities. Clayton admits that perhaps something was wrong in giving excessive confidence to blockchain, forgetting that there must always be a principle of accountability and transparency, but now the scenario is clear and therefore you can intervene.

SEC and OCC: stablecoin on blockchain to be more competitive

The first area of intervention is to establish what security is. Jay Clayton starts by explaining what is not security:

This is why the OCC has recently established that banks can deal with stablecoins, hosting the physical deposits of fiat money to which they are pegged.

Moreover, U.S. regulators have had to take note of Libra, Mastercard which is building a platform for CBDC and Paypal which will sell cryptocurrency. In short, the financial framework is changing and in this sense there is a need for regulation.

In this context Jay Clayton has also opened up to tokenized ETFs saying explicitly that the SEC has the doors open for those who find a system to make this product on blockchain. What will not be tolerated, adds Clayton, is that some products are passed off as ETFs or “financial vehicles” when they are just payment methods or vice versa.

In short, the SEC and OCC will work together to define a regulatory framework in which digital assets can be secure tools.

In this scenario it is plausible that we will see greater use of those products based on blockchain.