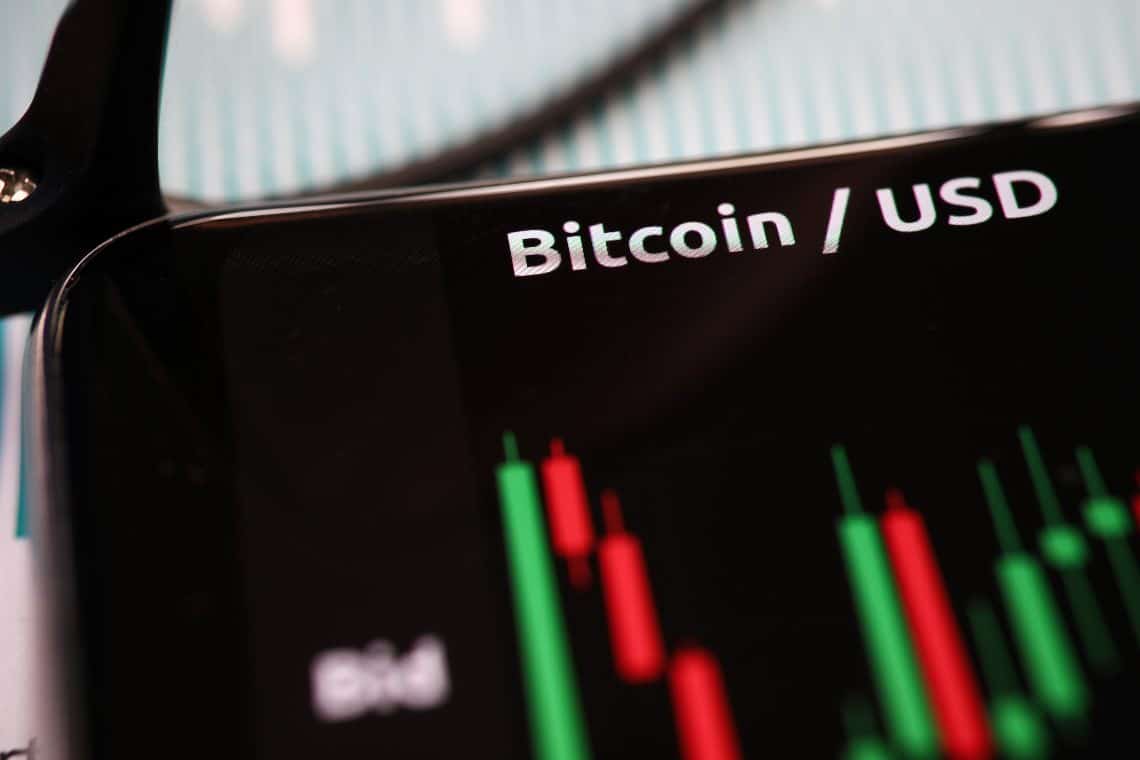 Bitcoin, volatility getting lower and lower: it’s a record

The markets and Bitcoin continue to remain caged in the grip of low volatility that in these hours goes to update the absolute historical lows. The daily volatility index on a monthly basis drops to 0.5%, the lowest level ever for Bitcoin.

The low volatility of Bitcoin affects the market

The low price fluctuation on a daily basis does not only affect Bitcoin. Also Ethereum yesterday went from 333 to 343 dollars, with prices moving in a day in a range of only 10 dollars.

The low volatility of Bitcoin is a condition that affects the rest of the industry.

Monero, returning above the $110 threshold, aims to break the previous record of the past few days, which saw it exceed $113 for the first time since June 2019.

Total capitalisation remains at yesterday’s levels at $335 billion. Bitcoin maintains 50% dominance. The dominance of Ethereum and XRP remains unchanged, at 11.5% and 3.5% respectively.

Total volumes remain just under $90 billion, falling to the lowest levels of the last period.

Bitcoin is the only one that manages to trade over $1.5 billion in the last 24 hours, remaining above the average of the last month. Something that is not happening for Ethereum, under $500 million volume on a daily basis for the 6th consecutive day, lengthening the low-volume strip, just as it has not happened since mid-July last year when it exchanged twice as much every day.

DeFi is affected by this fluctuating trend and weakness. The TVL slipped to 10 billion dollars, levels that had not been recorded since September 22nd. This is due not only to the loss of Ethereum’s value, while the number of ETHs blocked remains unchanged, just above 8 million. Weighs the relative decline of locked BTC to below 140,000 tokenized BTC.

Uniswap remains the leader of the centralised dapp, with $2.2 billion. Maker and Aave follow.

The micro fluctuations of the last few days accompany the prices towards the final part of the triangle, which has been joining the increasing minimums and maximums since the beginning of September. A triangle that will approximately end by the end of next week.

The $10,200 threshold remains crucial, which in the last 24 hours has seen a significant increase in the strength of put prices with this technical support becoming the reference level for option derivatives traders.

The analysis of Ethereum remains unchanged from yesterday. The prices oscillate in a range of 10 dollars, prices that are started to test with a decidedly innocuous effect, without importance, the bullish trendline that unites the increasing minimums from the collapse of half March.