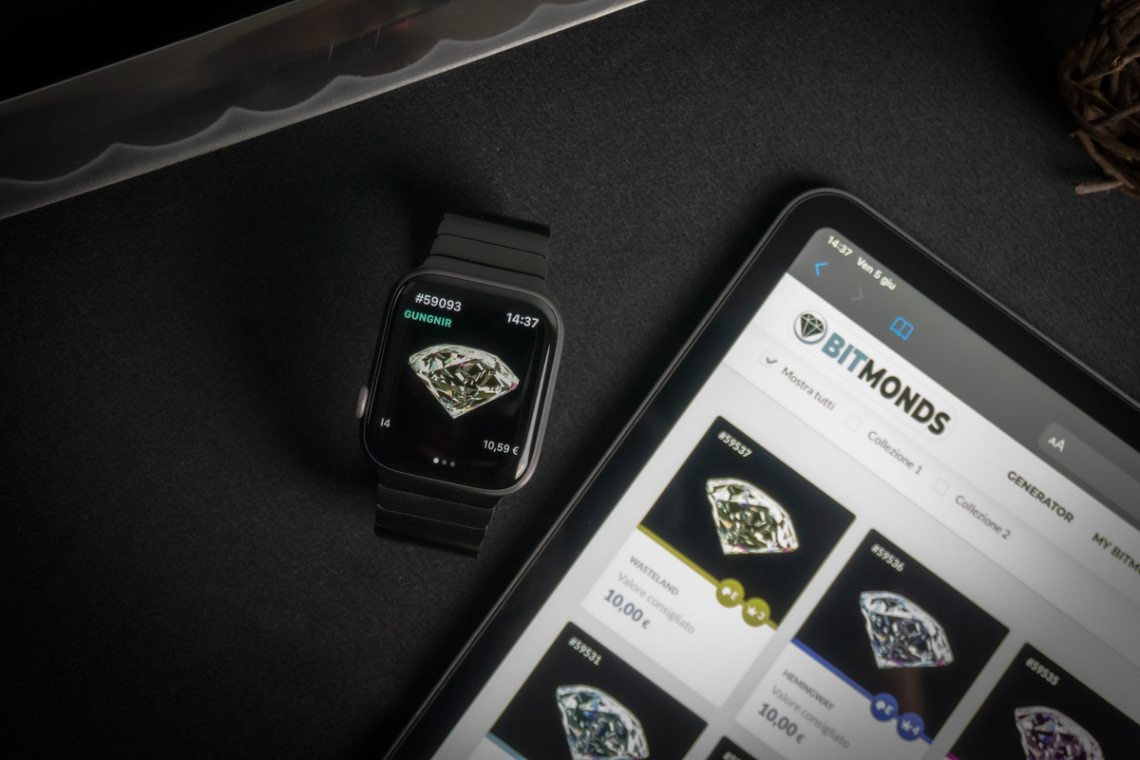 In a press release, Vanilla Rocket, a company involved in the Bitmonds project, announced that it is completing the migration of its project  from the Ethereum blockchain to that of EOS.

The decision to change the blockchain would have been driven by the high cost of Ethereum’s fees.

Bitmonds are unique 3D digital diamonds that users can not only create, but also virtually wear thanks to an app available on iOS and Android.

The project was launched several years ago and its collection already boasts 45,000 unique pieces that have been created by users of 46 different nationalities. Anyone can create their own diamond – randomly generated, both in purity and colour, with combinations that are always different and never repeated.

As mentioned, this project was launched years ago on the Ethereum blockchain, which at the time guaranteed a good compromise between speed and cost-effectiveness of transactions, but in recent months, also due to the expansion of decentralized finance (DeFi), the Ethereum network is so congested that it requires huge amounts of money for simple transactions, even higher than traditional systems, as explained by the CEO of Vanilla Rockets, Norberto Rossi:

“The congestion situation on the Ethereum network, following the entry of many DeFi projects and the poor state of communications concerning the time required to switch to and stabilize the PoS protocol, prompted us to evaluate this transition. Unfortunately, the Ethereum network no longer represented a valid solution for projects dedicated to the mass market involving a large number of low-value transactions. Instead, it seems now clear, not only to us, how EOS.IO represents one of the most fertile grounds for new consumer projects and for bringing blockchain technology into the daily life of all of us, which is the underlying objective of our company’s vision”.

This is where EOS came into play and it is precisely on this blockchain that these digital diamonds have migrated.

On EOS, in fact, there are no costs to make transactions, as the user only has to lock some resources in their account, which is not even necessary considering the various wallets that offer free transactions, such as the Anchor wallet.

Let’s not forget that for years the EOS blockchain has been leading the CCID (China Electronics Information Industry Development Research Institute) rankings and only a few weeks ago Google Cloud itself announced that it will become an active BP on this blockchain, providing all the necessary support and virtually infinite power.

This migration of Bitmonds was mainly dictated by the delay of the new ETH 2.0, which will be fully completed over several years.

Previous article Bitfinex supports Bitcoin with RGB and OmniBOLT
Next article Can GitHub censor the code of Bitcoin?