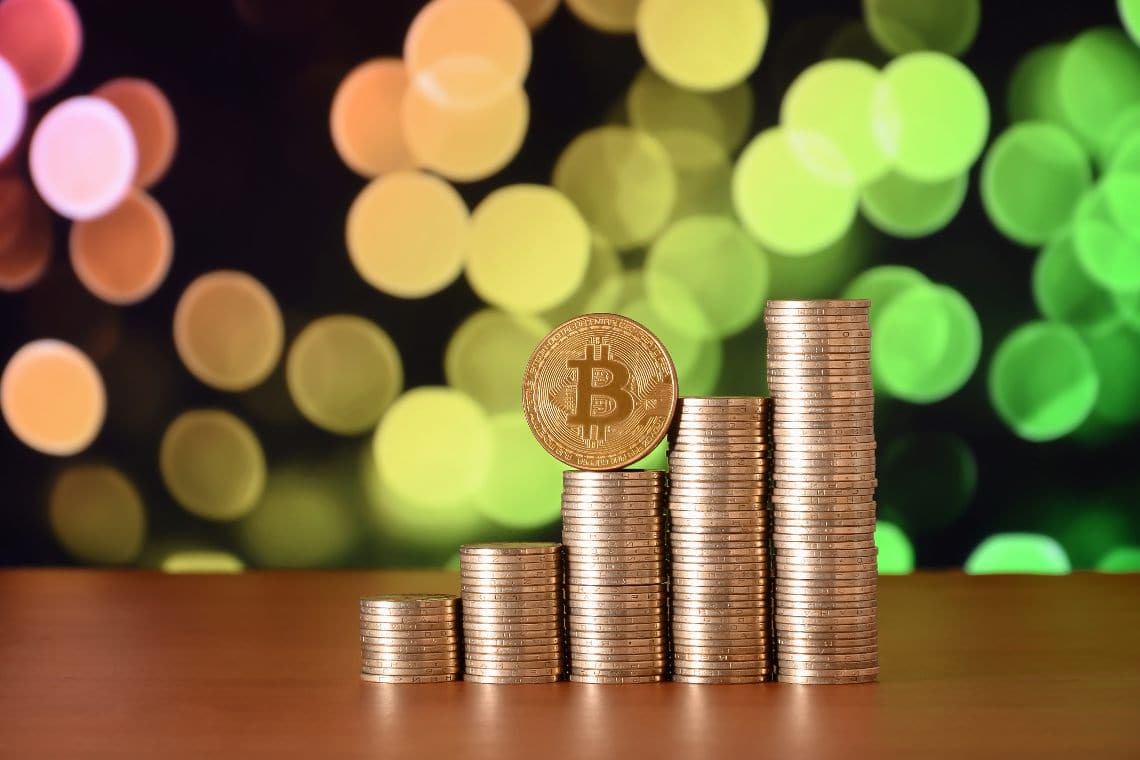 Bitcoin’s market cap has recorded its new highest ever value.

The previous record was set on December 17th, 2017, in the midst of a speculative bubble, when it reached 333 billion dollars.

It is worth noting that the market cap is simply the product that is obtained by multiplying the value of the single token by the number of tokens in circulation.

In December 2017 the number of BTC tokens in circulation was about 16.7 million, while now there are over 18.5 million.

Therefore although the price of these tokens is lower than the previous record, the current market cap is higher due to the higher number of tokens in circulation.

What does the Bitcoin market cap indicate?

Instead, the market capitalization is a good estimate of the true market value of a cryptocurrency, so much that it is also used to make the comparisons between the various crypto assets.

For example, bitcoin is not the cryptocurrency with the highest value per token, in fact the price of yearn.finance’s YFI token is above $22,000. But considering that there are only about 30,000 YFI tokens in circulation, its market capitalization is relatively low ($0.6 billion).

It is therefore incorrect to compare the prices of the single tokens, while it is correct instead to compare the market capitalizations, in fact Bitcoin is worth 548 times more than YFI.

Another example is that of XRP (Ripple), whose price is 0,29$. Despite this, it is the fourth cryptocurrency in the world in terms of market capitalization, with more than 13 billion dollars, while for example LINK (Chainlink), which is in fifth place, has a price of 13.5$ but a market cap of 5.3 billion.

Therefore, the fact that Bitcoin has recorded a new historical high for its market capitalization means that, overall, this cryptocurrency has never been more valuable than it is now in all of its history, although for BTC holders it certainly matters more that the price is still below the historical high of December 17th, 2017.

Previous article The use of the digital currency in Chinese payment systems
Next article Bitcoin at $18,000