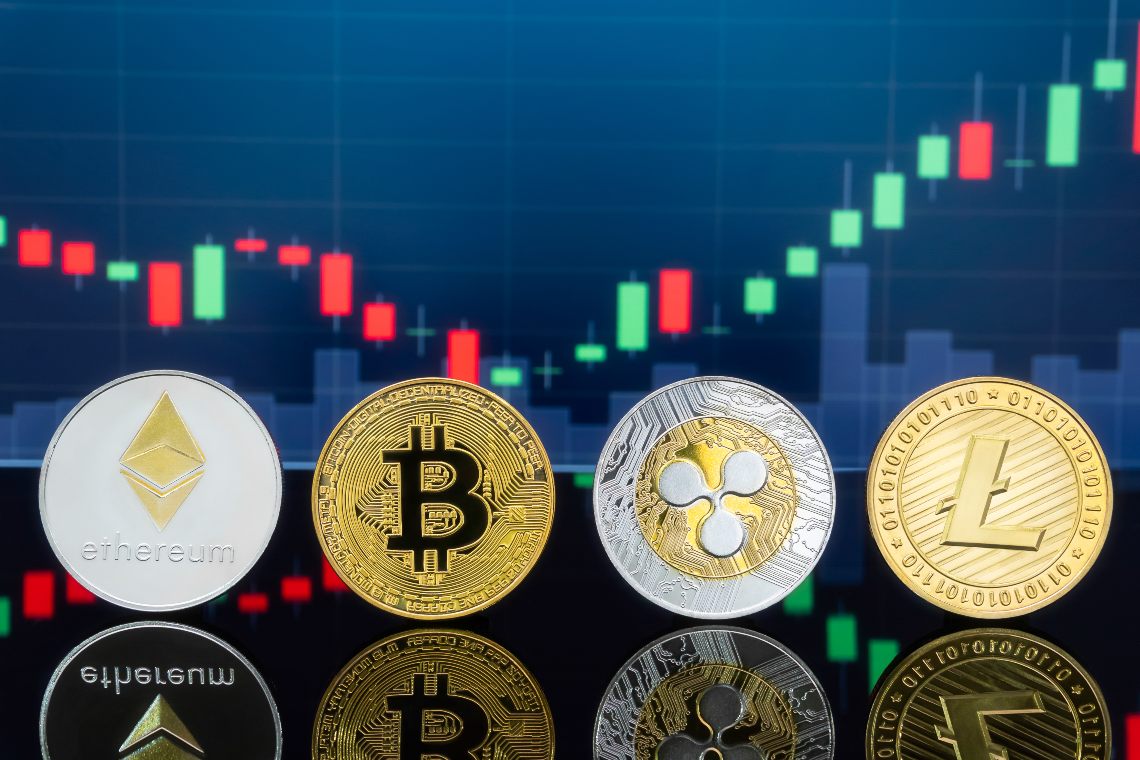 Decreasing volumes for the cryptocurrency market

The first weekend of December ended without any particular shocks and with decreasing volumes for the cryptocurrency market.

Bitcoin closes the week above $19,000, it has never happened before in its history. Ethereum also ends the week with a closing over $600. This hasn’t happened since the last week of May 2018, when it closed above $619. For Ethereum this is the third week with a consecutive upward closing.

The day confirms an upward trend. The second week of December starts with over 60% above parity.

The best increase is that of Monero (XMR), with +8%. XMR regains for the first time in the last two years the $140 it hadn’t seen since September 2018. This increase brings it to the top of the best performance on a weekly basis with +13%.

Among the best, there is also Litecoin (LTC) which, with the rises of the last few days, sees a return above $85, but below the highs reached in the last week of November at $94.

Litecoin regains the 5th position in the ranking against Bitcoin Cash (BCH). LTC today capitalizes $5.5 billion, $200 million more than BCH. The weakness that characterizes Bitcoin Cash puts it at risk of being overtaken by Chainlink (LINK) in terms of total capitalization. BCH today moves below $290.

The market cap is stable above $560 billion, down from last week’s tops when it reached $590 billion. Nevertheless, it remains at its highest level of the last two and a half years.

Bitcoin’s volumes are also shrinking with trade at less than $2 billion. For Ethereum, although down with last week’s average trade, volumes remain above $1.3 billion. 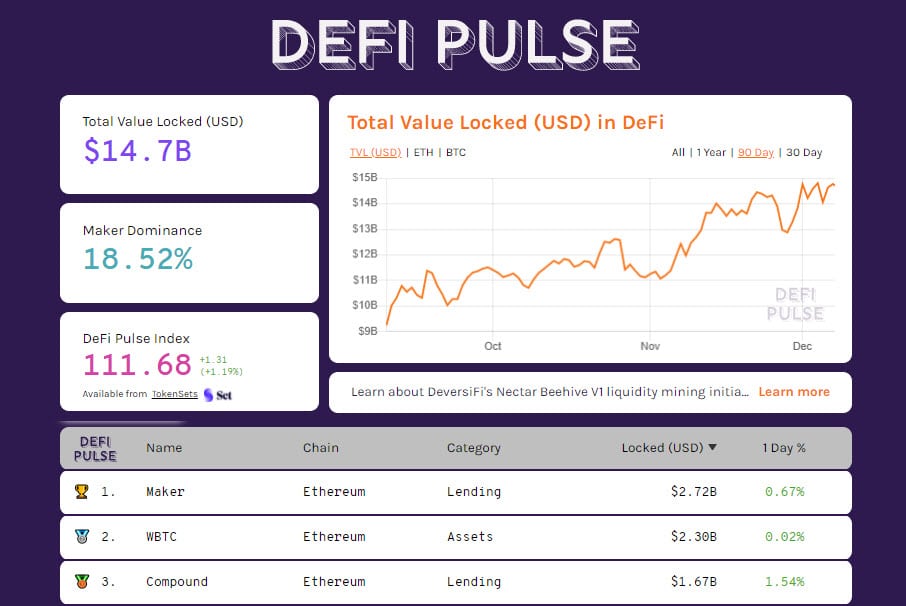 DeFi keeps TVL at its highest ever level at $14.7 billion. The ETH locked up in the protocols of decentralized finance are also recovering slightly, returning above 6.85 million ETH. Tokenized bitcoin are above 165,000 BTC.

Maker maintains its leadership with over 2.7 billion tokenized dollars. WBTC is in second position followed by Compound.

Bitcoin despite the lateralization that sees prices fluctuate for a week in an area above $19,300, previous historical highs hit at the beginning of the last week of November, now this former resistance level has become possible area of consolidation for prices. It is still too early to give certainty of this movement.  A possible holding of the lows recorded in the last week, above $ 18,300, would be a clear sign of accumulation and return upward to break the historical absolute record of December 1st over $19,950.

A signal of weakness on the part of the prices would arrive only with the break of the 17,700 dollars that coincides with the bullish trendline that unites the rising lows since mid-October. Above this level any downward movement would only be a movement of bearish speculation in the short term.

Dangers for Bitcoin in the medium-long term would only occur with a decline of more than 15,000 dollars, levels more than 23% from today’s prices.

Ethereum has been fluctuating around $600 since last Friday, making up and down around this threshold. the crucial resistance to be broken down is $620, which in the last 15 days has repelled every bullish attack three times. For Ethereum, the upward trend remains very solid. There would only be weakness with falls below Saturday’s lows at $560. Above this level any movement by Ethereum would only be a consolidation in the short term.

Dangers for Ethereum in the medium to long term would only start with declines below $400, which is more than 35% away from today’s prices.

The break-up of $620, on the other hand, would push Ethereum towards $650 and then $700 in the coming weeks. At the moment there is no danger in the medium term but one has to be careful of such high levels for short-term speculative movements.