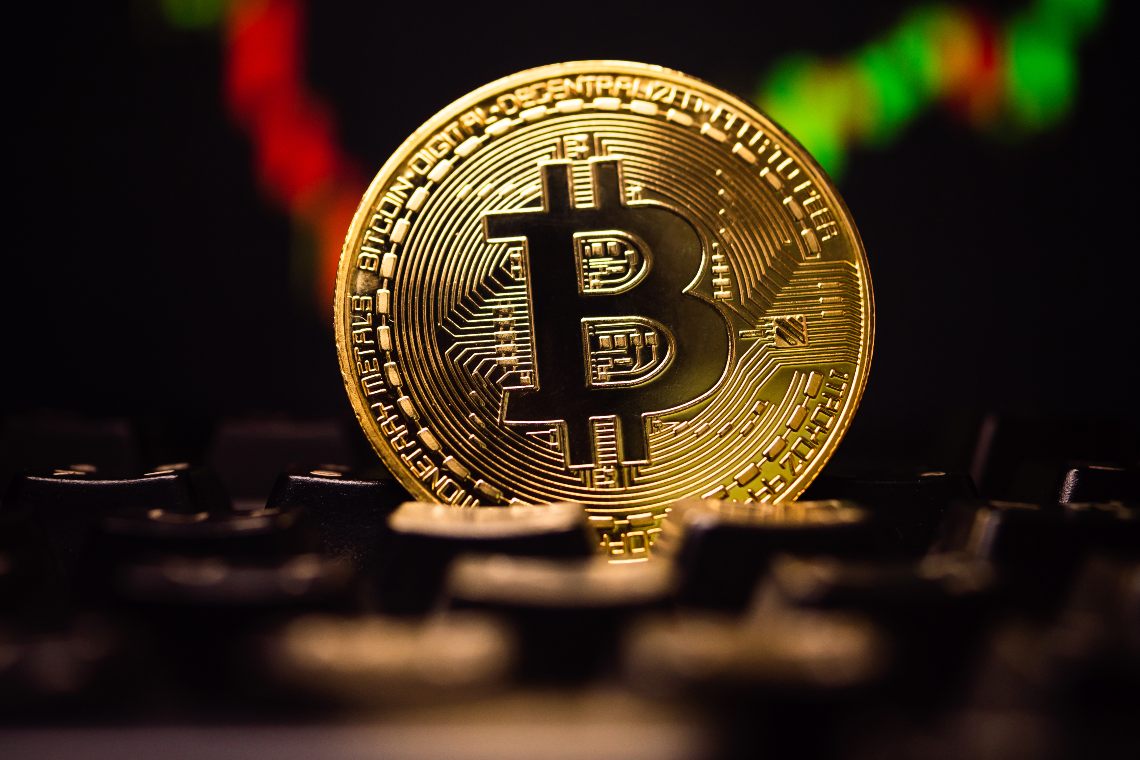 Weakness for Bitcoin, cryptocurrencies in red

The bullish structure that in the last few days kept the prices of the main crypto assets such as Bitcoin and Ethereum close to highs is beginning to show weakness.

The last few hours have seen an increase in weakness. Yesterday the daily closure for Bitcoin was -4.5%, the worst in December, at $18,300. Today the decline is further extended with a weakness that brings the values back to the lows of November 28th, cancelling what was the euphoria of the first days of December that saw Bitcoin record its all-time high at $19,960.

It is a weakness that as usual Bitcoin reflects also in the rest of the sector, where a clear prevalence of red signs prevails with more than 85% in negative territory.

They are among the few in countertrend today. The best remains Theta with a more restrained increase compared to yesterday, +6%. Compound is also on the rise, +0.5%.

Ripple, the Flare Network snapshot does not help the price of XRP

Ripple initiates the Flare Network snapshot which will take place on December 12th. Many are rushing to lock their XRP tokens before that date so they can participate in the airdrop of Spark Token (FLR) which will take place between March and May 2021 in order for XRP owners to get free tokens.

Contrary to what was expected, this is leading to a dip of XRP that is testing the 50 cents after pushing over 75 cents on November 24th to a peak of 77 cents that XRP hadn’t recorded since May 2018.

The trend is starting to crackle and show signs of weakness in the short term, but in the medium term the rises in recent weeks give solidity and allow a large margin of downward movement, as is happening in the last 72 hours where the red mark prevails.

Volumes increase and confirm the downward trend. A particular nervousness for short-term operations. In these last 24 hours, there has been an increase of over 30%. Total volumes are over $200 billion. For Bitcoin, yesterday recorded trade of over 3.7 billion, the highest level since December 2nd. Ethereum, on the other hand, recorded a day with over 1.6 billion trades. 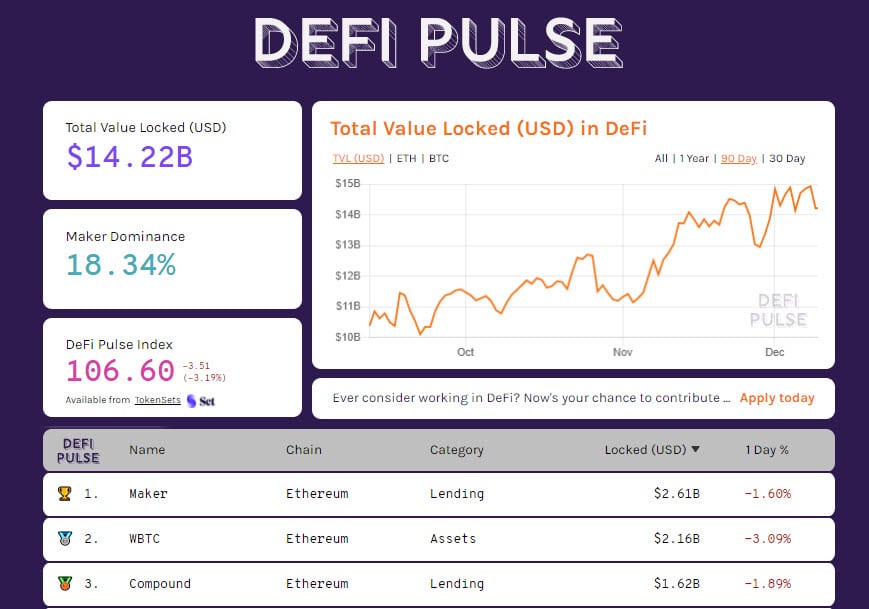 DeFi yesterday recorded the absolute historical peak for TVL at $14.93 billion. Today it is affected by the weakness of the prices, decreasing by 700 million dollars.

Maker continues to lead with over $2.6 billion. Despite the weakness of the prices, the value of the tokenized Bitcoin on the WBTC protocol remains very high, consolidating its position with 2.16 billion dollars. Compound is third with $1.6 billion.

With the bearish drop of these last hours, Bitcoin sees the prices testing the bullish trendline that starts from the lows of October 18th. It is the first technical sign of weakness in a short term perspective. Only downward extensions under $17,500 would be a cause for concern in a medium-term perspective.

The current movement is supported by the positions of options operators, whose upward hedges have already begun to prevail in recent days with a sharp increase in Call options, an indication that supports the moment of weakness on an operational basis.

Yesterday, Ethereum went down with a further decline of 6%. However, for Ethereum today is not the worst decline because from the end of November it has already suffered 3 other movements exceeding -6% which do not affect the upward trend. In any case, a return under 550 dollars for Ethereum in these last hours sees it in a technical and psychological area to be taken into consideration in a short term perspective.

It is necessary not to extend the short-term fall under the 20 dollars precisely in order not to risk going to extend under the crucial support of the 480 dollars, former area of resistance violated in the middle of November. It has now become a support area and therefore needs to be monitored carefully in case of further sinkings in the next few hours or days.

Prices have ample room for movement. A holding above $500 in the coming days is still worth considering as a consolidation movement before triggering the next bullish attack.

For Ethereum, like for Bitcoin, protections remain with upward hedging and a clear prevalence of open call options.

For both ETH and BTC there is confirmation that they are close to the end of the quarterly cycle started in the first half of October, i.e. mid-December.