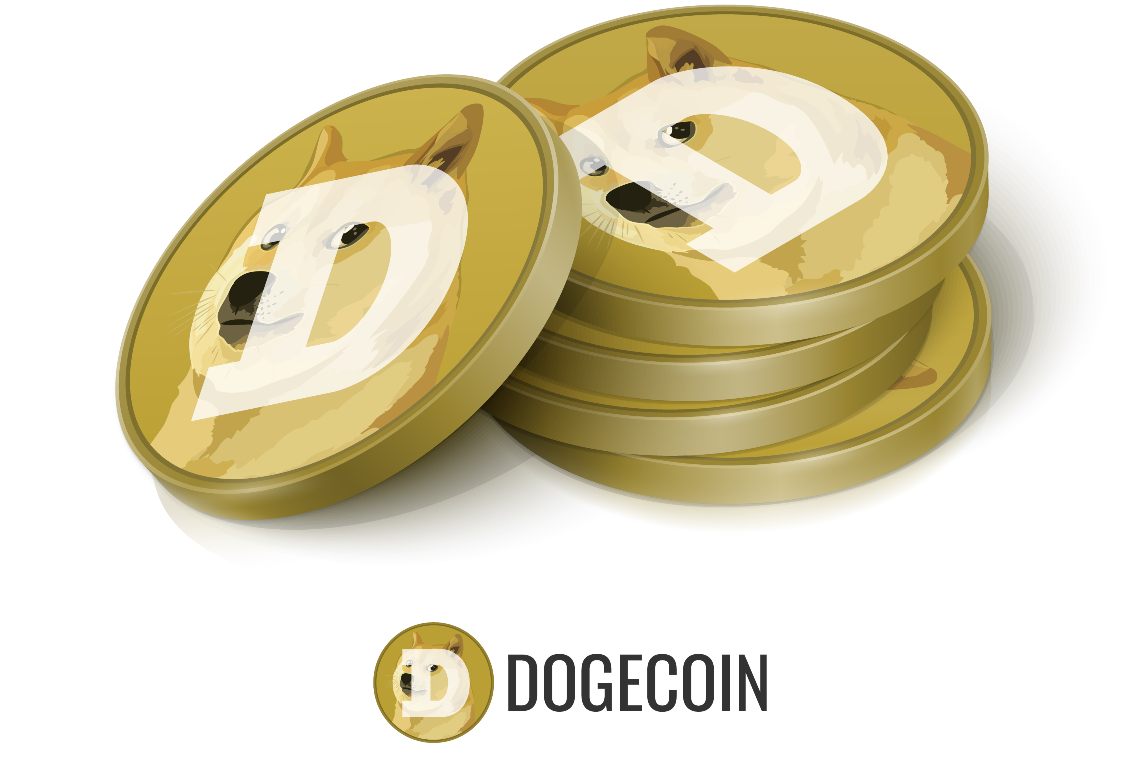 People can say anything about the Dogecoin (DOGE) crypto: that it was born as a joke, that it has no value, that it makes no sense to invest in it and so on, but one thing distinguishes this crypto from all others, that is the crazy amount of memes dedicated to it, in which the most famous dog in the crypto world is portrayed, belonging to the Shiba Inu breed.

As stated, memes for this crypto are endless and the same Elon Musk, who in his description on Twitter wrote “Former CEO of Dogecoin”, has given a new impetus for new ways of humour previously unthinkable.

And because there are so many of them, we decided to take the most popular of the past year and see which were the most representative and best voted by the community. In fact, Dogecoin has a very active community and on Reddit, we can see all the new memes from this year in an organized way.

The best memes of Dogecoin

Let’s start from position 10 with a meme taken from Facebook comments in which a mysterious Natalie despairs because the crypto community is using useless memes. 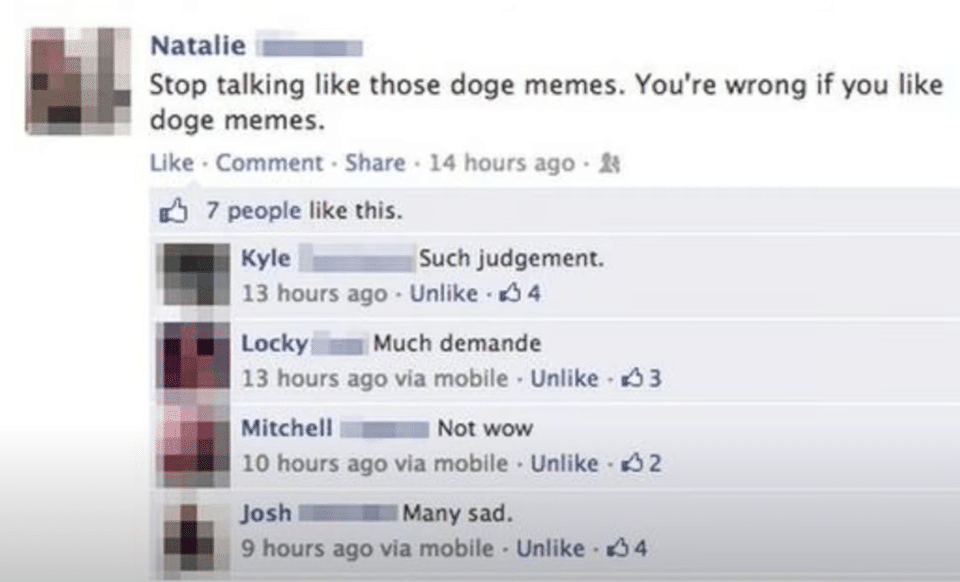 In the ninth position, there is a simple vignette alluding to the moon. In fact, the term “To the Moon” in the crypto sector indicates the skyrocketing price of an asset. 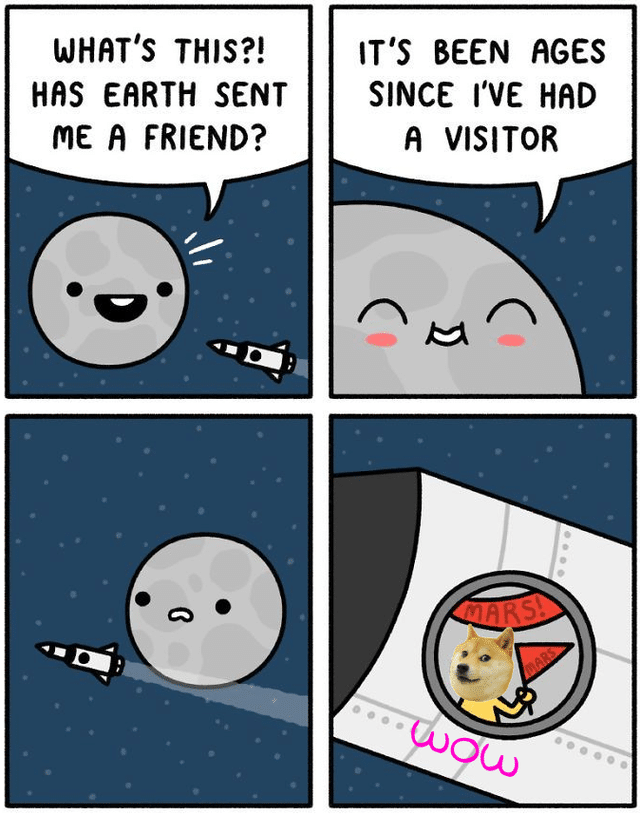 The meme is created as if it were a page of a manga, in which Dogecoin salutes the Moon and actually crosses it to go to Mars, an allusion to Elon Musk’s vision.

Very interesting instead is the meme at position 8 that commemorates the International Chess Day, which falls on July 20th (the day in which FIDE was founded). 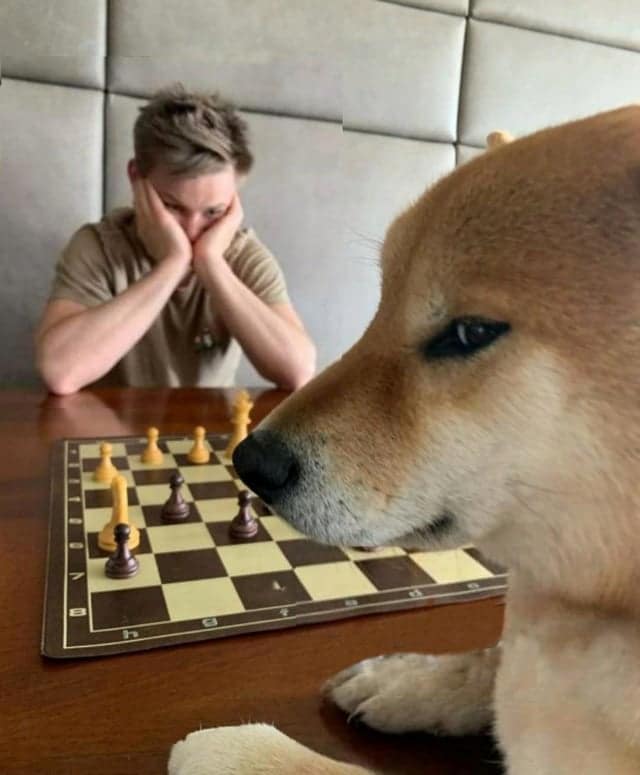 In this case, we can see a Shiba Inu with a look that suggests victory assured, playing against an opponent visually worried about the next move to make.

At position 7 there is a screenshot of Elon Musk’s comments, in which we find a picture of a dog celebrating its first 3 years, and Musk’s comment under it in which he congratulates himself because the Dogecoin community has the best currency. 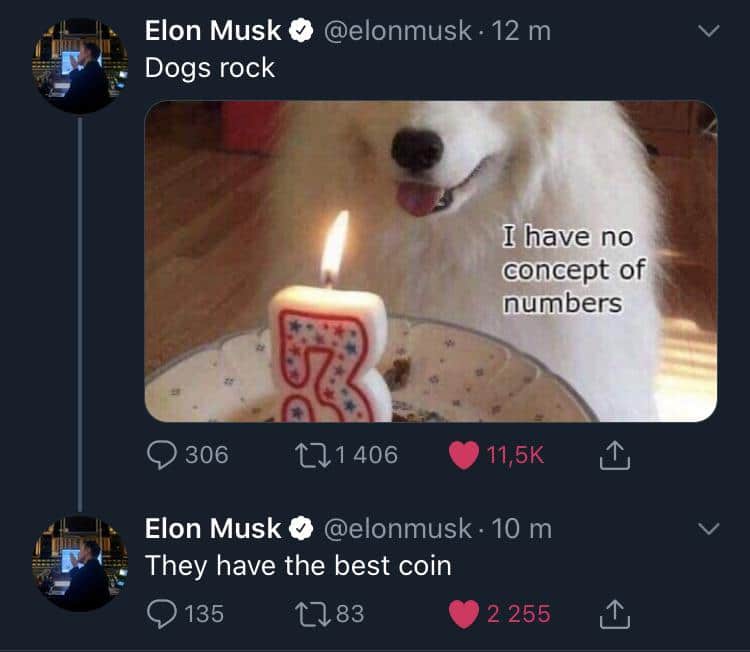 At position 6 there is instead a modification to the famous meme, in black and white, in which we see all the garages in which the big tech started, while instead in the modified one we see how for Dogecoin, the departure was a doghouse without walls and ceiling. 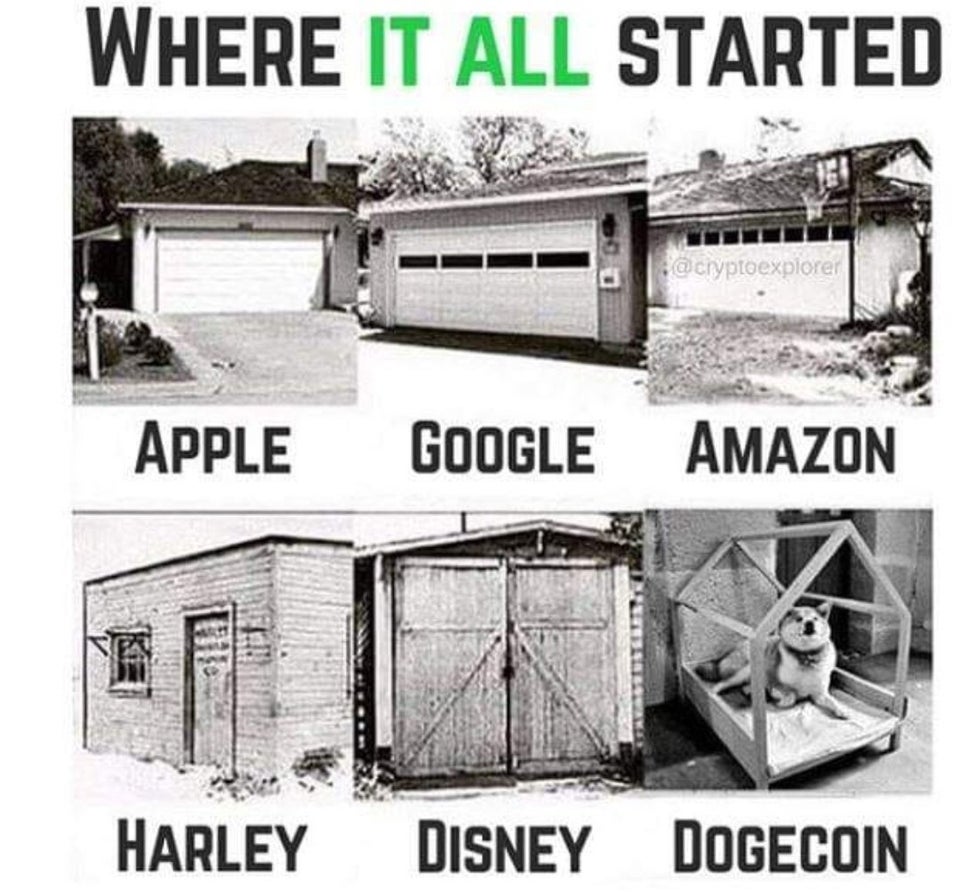 A futuristic meme in position 5 in which we see a patient and a nurse disguised as Dogecoin, and a text that reads: 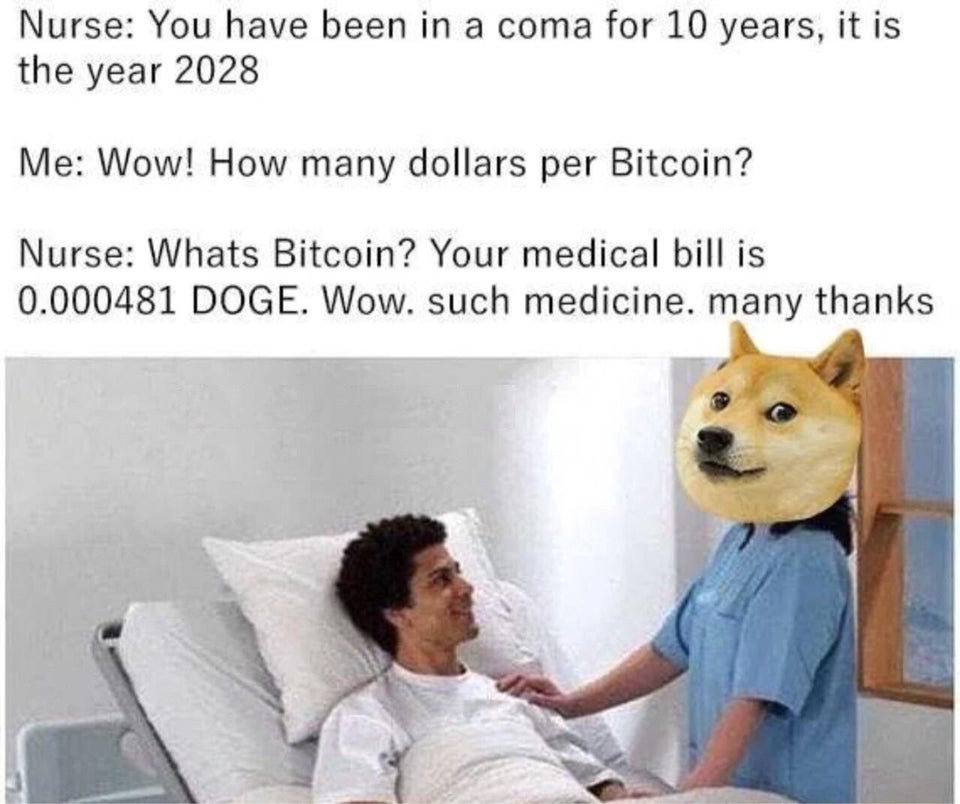 Just before the top steps of this ranking, in fourth place, we find a simple meme in which a child plays the trumpet, and a girl who plugs her ears for the excessive noise. 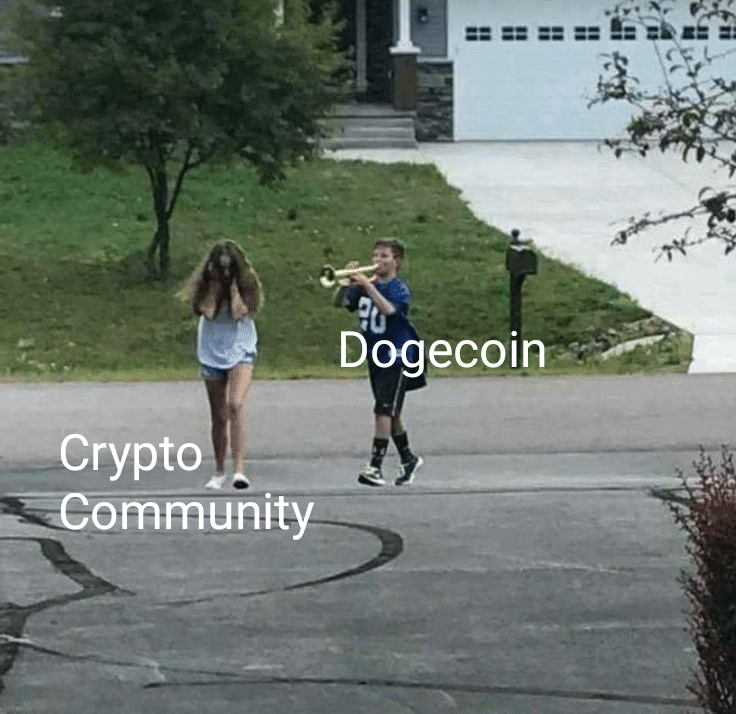 The child is Dogecoin, while the crypto community is represented by the girl, a clear analogy of what the Dogecoin community promotes with its posts and memes.

At the bottom step of the top 3, we find another very explanatory cartoon that clearly depicts the maximalists of Bitcoin and Ethereum arguing among themselves but the little Doge acts as a peacemaker and everyone agrees that this crypto is good. 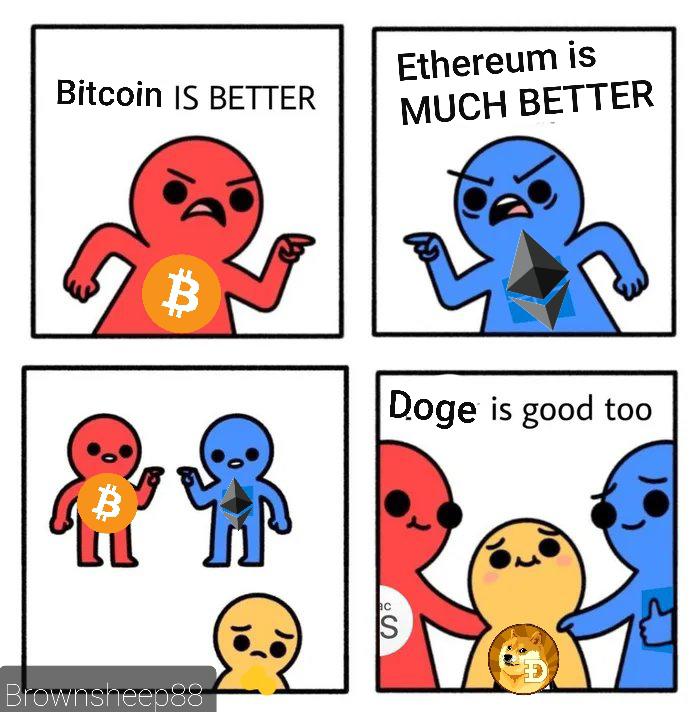 In second place there is another cartoon that compares the new generations of Dogecoin holders and those who have owned it for longer: the beginners make predictions about the price that can reach 1 dollar, while the wiser ones remember that 1 Dogecoin is always equal to 1 Dogecoin. 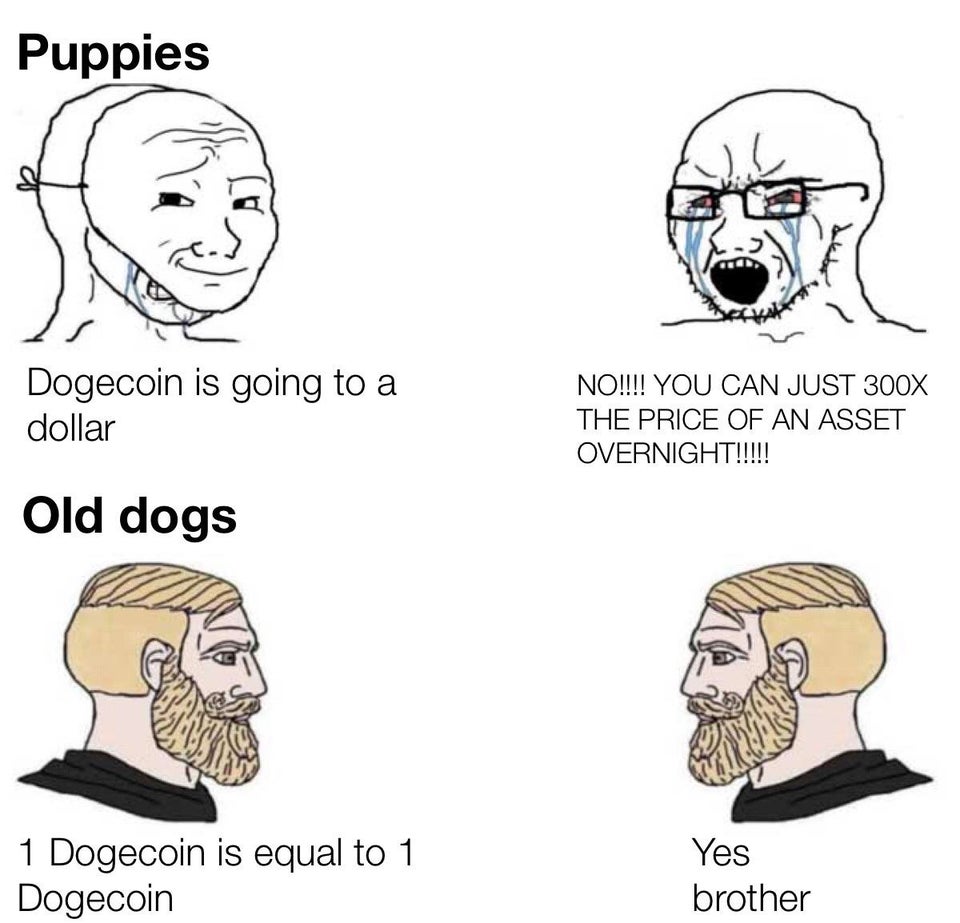 Finally, at the top of the list, we find a meme of a Shiba Inu wearing sunglasses and smoking a cigar, a clear badass behaviour that only those who have Dogecoin can have. 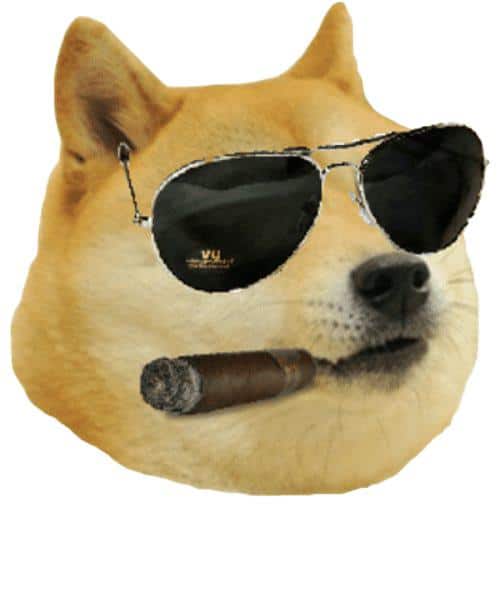 Finally, it is worth noting that the image that aroused the most interest was this one, in which we can see the rise in the price of Dogecoin.

Previous article The Sandbox: “We have 4,325 unique LAND owners and 150,000 SAND holders”
Next article Wasabi: “We want to make the wallet more appealing to new users”