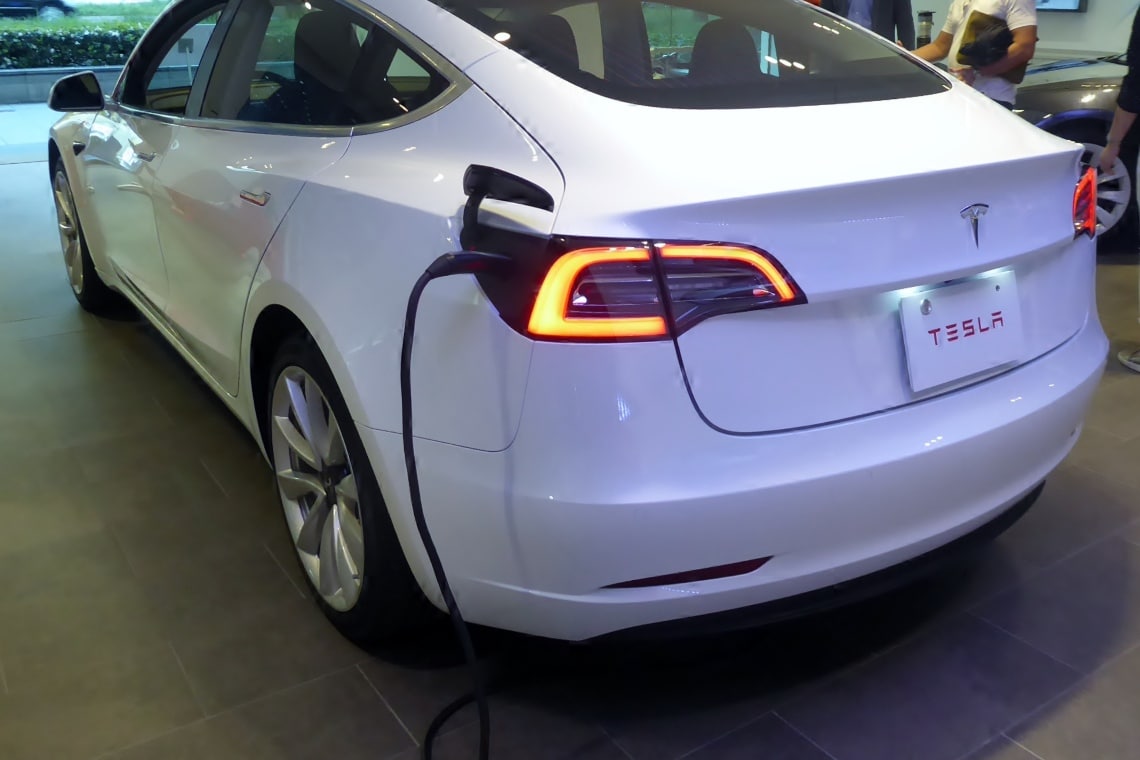 Tesla stock and Bitcoin have had a halving in common.

In Tesla’s case, it’s called a stock split, and it happened in September 2020. This meant that each Tesla share was split into five, “reducing” its value from $2,000 to around $400.

A few months earlier, in May, Bitcoin had experienced the third halving in its history. In this case, what was halved were the rewards of the miners, those who extract Bitcoin from the blockchain.

This connection was highlighted by Anthony Pompliano in a tweet:

“2020 saw Tesla do a stock split and Bitcoin do a halving.

They’re more related than you think in the minds of young investors”.

2020 saw Tesla do a stock split and Bitcoin do a halving.

They're more related than you think in the minds of young investors.

This comparison has actually left some puzzled. For Mike Novogratz, it simply does not make sense.

To this consideration, “Pomp” replied:

“Both were events that manipulated supply or demand. Bitcoin reduced supply and Tesla made the stock appear “cheaper.”

Have heard this from many young (under 25 years old) investors in last few days.

Fascinating how they interpret these events”.

Tesla and Bitcoin share the fact that they experienced an extraordinary 2020. Even though they both suffered from the March market crash, their value has risen sharply.

In short, for both, the year has certainly been a positive one, and marked by a stock splits and halving respectively.

In the case of Bitcoin though, the halving has reduced supply, and this may in the long run be one of the reasons that has contributed to the price increase. In the case of Tesla, the split left the capital unchanged, increasing the number of shares present, at a more ‘economic’ value.

Tesla and Bitcoin accused of being ‘bubbles’

The other thing Tesla and Bitcoin have in common is the fact that they are considered to be speculative bubbles. Analyst Vitali Kalesnik raised the alarm in an interview with CNBC. In it, the analyst pointed out that Tesla’s stock price is too high in relation to car sales, and for this reason and others:

“Tesla’s current valuation is in the bubble territory”.

Bitcoin also has to defend itself against accusations of being a bubble. Nouriel Roubini is attacking BTC once again:

“The price of Bitcoin is totally manipulated by a bunch of people, by a bunch of whales. It doesn’t have any fundamental value. We’re close to the point where the hyperbolic bubble is going to go bust”.

The coming weeks and months will determine whether he is right. Certainly, the 2020 run is decidedly less parabolic than that of 2017. Three years ago, Bitcoin touched the $20,000 mark and then immediately fell back, going on to reduce its value within a few weeks.

This time, the climb towards $20,000 has been slower and, at the moment, more sustained. Bitcoin has been firmly above $20,000 since December 16th. It is currently retracing after yesterday’s record high with the price near $27,000. It is a widely expected descent, the result of profit-taking by those who decided to sell and cash in after the record high.

But according to some, it is but the beginning of a bull run that will drive the price of Bitcoin even higher. This is due to some factors such as the reduction by half of the supply caused by the halving, and the growing demand, this time also supported by institutional investors. In short, the premise is good, it remains for the market to pass its judgement.