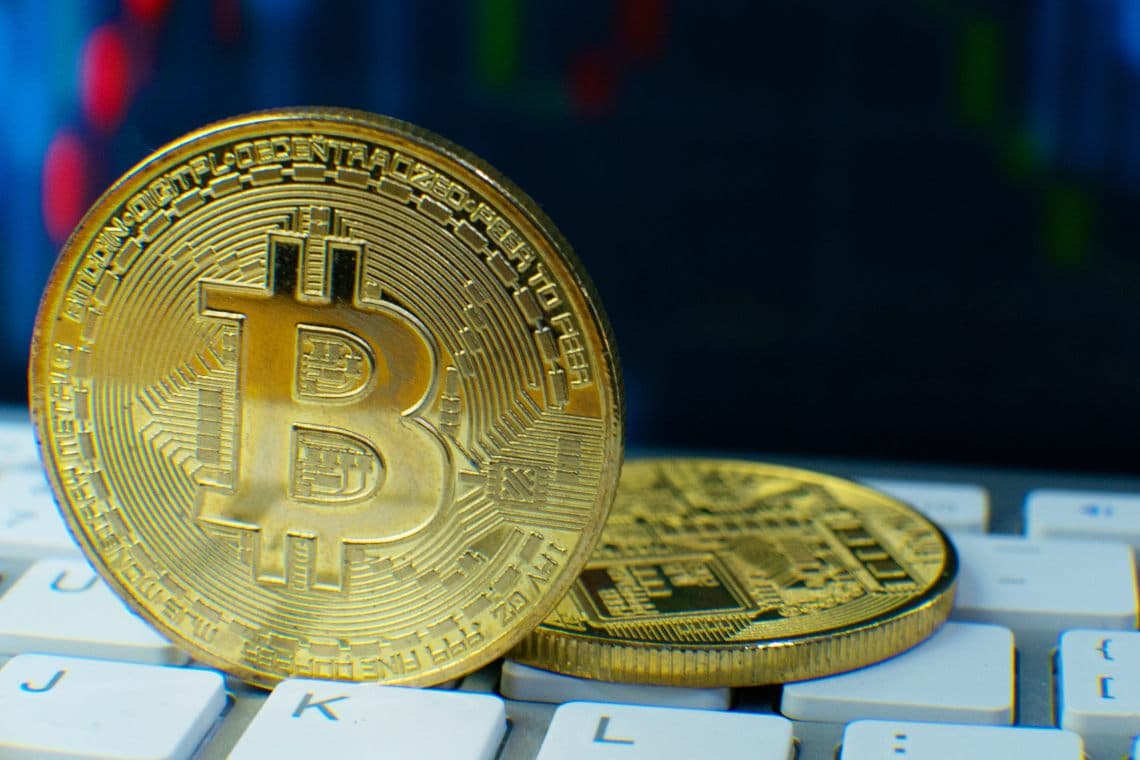 Bitcoin, bounce after the deepest drop ever

With the end of the holiday season as well as yesterday’s drop for Bitcoin and cryptocurrencies, the euphoria that made the sector’s enthusiasts dream and rejoice, also comes to an end. It only took a few glorious weeks to redeem a more than two-year-period of suffering where Bitcoin prices and the key players seemed destined to fade into oblivion.

For many, this may seem insulting or a comment against the trend, but yesterday’s drop can be described as a breath of fresh air that brings back to reality the people who dreamt of endless rises.

During other periods, such fast and violent declines that in a few hours saw a loss of over 30% would have been described dramatically. Instead, after a period that has recorded for Bitcoin and the main altcoins the best rally in history, the bearish movement can be defined as a wake-up call.

However, this is still not enough to restore the pride of a bear humiliated by a lethargy that began in September. A fall that brings the supporters of relentless rises back down to earth, forgetting that a sustainable rise over time needs to build a solid trend with strong supports and not supported by FOMO.

Bitcoin, the deepest drop ever

Yesterday was the day with the highest trading volume ever. More than 500,000 bitcoin were traded on the major exchanges, the highest peak since May, for a value of more than $27 billion, neutralizing the previous record of $17.2 billion recorded on January 7th.  Ethereum also hit an all-time high yesterday with a countervalue of almost $16 billion, surpassing the previous record of $1.5 billion set on January 4th.

The day after the big drop, the red sign continues to prevail, although not with the same dominance as yesterday. Among the top 20 capitalized companies, only three tokens were above par. Stellar (XLM) stands out, up 10%. Yesterday, after having tested the former resistance of 20 cents, a halving in value from the highs recorded on January 7th just above 44 cents, prices are trying to get back above $0.30. Among the big gainers, Theta (+4%) and Cardano (+1%) are above parity. Looking beyond the 20th position, Nano was the day’s best performer, up over 25% for the second day in a row.

Total capitalization remains below $950 billion with Bitcoin continuing to strengthen its market share to 69% confirming that it is the cryptocurrency of choice, alongside stablecoins, during declines. Ethereum falls to 13%, its lowest level since the start of the year, while XRP continues to hover at 1.4%, three decimal places above the three-year lows reached last week. 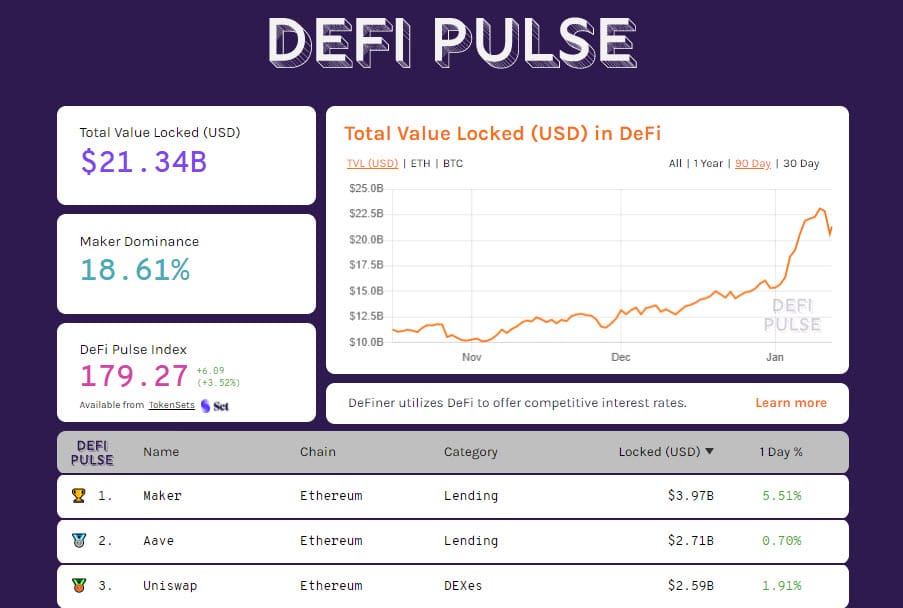 Total value locked (TVL) in DeFi recovers above $21 billion after losing over $2 billion in the last 48 hours. This is impacted by the loss in value of tokens used as collateral. There is, however, one positive fact. Both Ethereum and Bitcoin users are migrating again, as the number of ETH and BTC locked on the decentralized financial protocols is rising. The number of tokens is still far from the highs of October but the signal is reversing with a momentum not seen since early December. Maker remains the leader with just under $4 billion, followed by Aave and Uniswap, both over $2.5 billion in locked collateral.

Yesterday’s drop pushed Bitcoin to close to $30,000, giving up more than 27 percent from the highs of Friday, January 8th, a decline that stops at the dynamic bullish trendline that links the rising lows since mid-December. A confirmation of the importance of the support comes from the rebound that in this first part of the day brings prices back above $36,000.

As already indicated yesterday, the current phase is to be followed with extreme caution as after a strong decline like the one that ended yesterday it is physiological to expect a highly volatile rebound, like the one currently underway.

In the current conditions, it is better to continue to observe the holding or less of the supports. In this case, the main support is that of $30,000. At the moment it is premature to talk about a rise with prices below $39,000.

The strong bullish run that since the early hours of the year has seen ETH prices gain more than 85% in less than 10 days has left no reliable technical reference points. At the moment, in fact, the only reference support coincides with the lows marked yesterday with the descent in the $920 area.

Even for Ethereum at that level, after a descent of more than 30%, short term purchases have returned, leading prices to rise to the area of 1,100 dollars. Volatility remains very high and even for Ethereum, it is necessary to exercise caution before returning to talk about a rise, which technically would be above $1200.