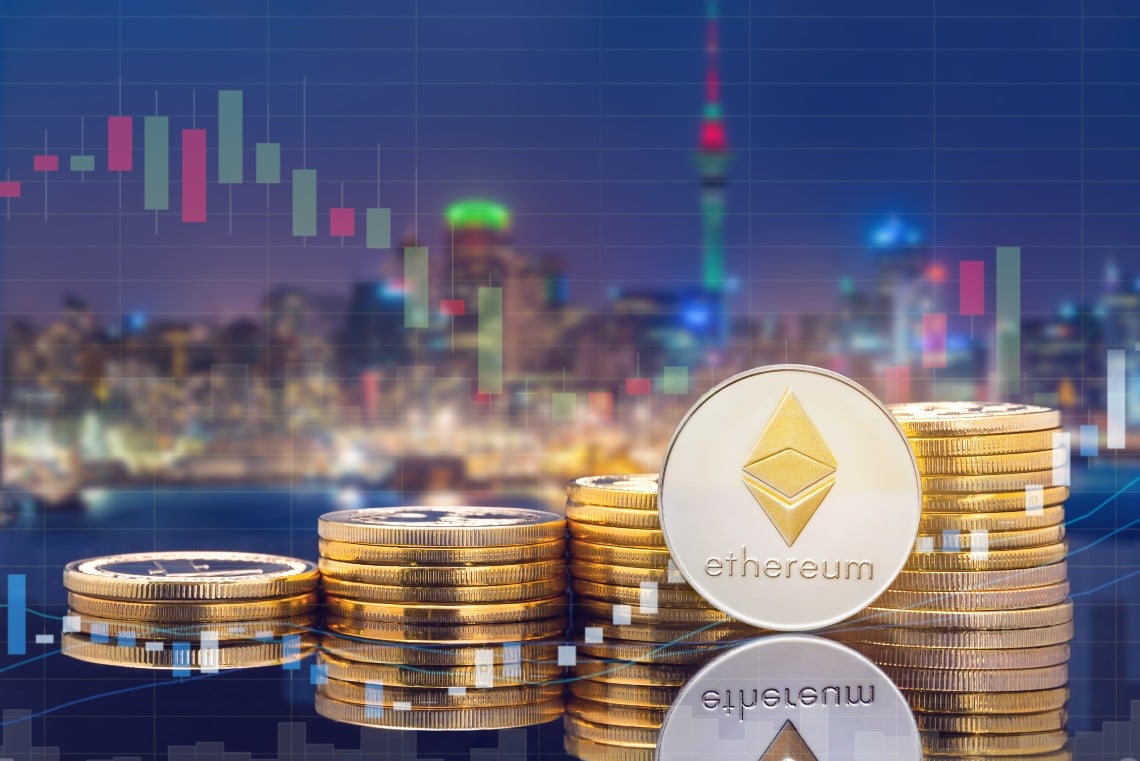 After yesterday’s record-breaking day that saw Ethereum reach $1480 for the first time in its history, today the euphoria of the last few hours is deflating with a prevalence of profit-taking.

The red sign prevails for 80% of the top 100 cryptocurrencies.

Among the big players, the only one in countertrend is Uniswap (UNI), the token of the first DEX that since the beginning of the year has been confirming its leadership with a steady growth in trading volumes. In the last 24 hours, Uniswap’s DEX has traded around $800 million, outperforming even the most prestigious centralized exchanges. The UNI token is now up 6%, once again hitting the all-time highs of the last few days and attempting to break through $13. Uniswap’s rise also boosted its capitalization to 18th place in the list of the most capitalized exchanges, behind EOS and Monero.

If we extend the analysis to the top 100, the best of the day was Theta Token (THETA), which rose by 20%, returning to its all-time high of $2.4 at the beginning of January.

The total capitalization remains below $950 billion with Bitcoin recovering a few decimals of market share not on its own merits but due to a general weakening of the altcoins, with Ethereum giving up decimals in the last few hours after topping out yesterday at 16.5%, its highest level since August 2018. Polkadot, after gaining third place in the rankings retreats by -0.2% from the 1.7% dominance achieved at the weekend. 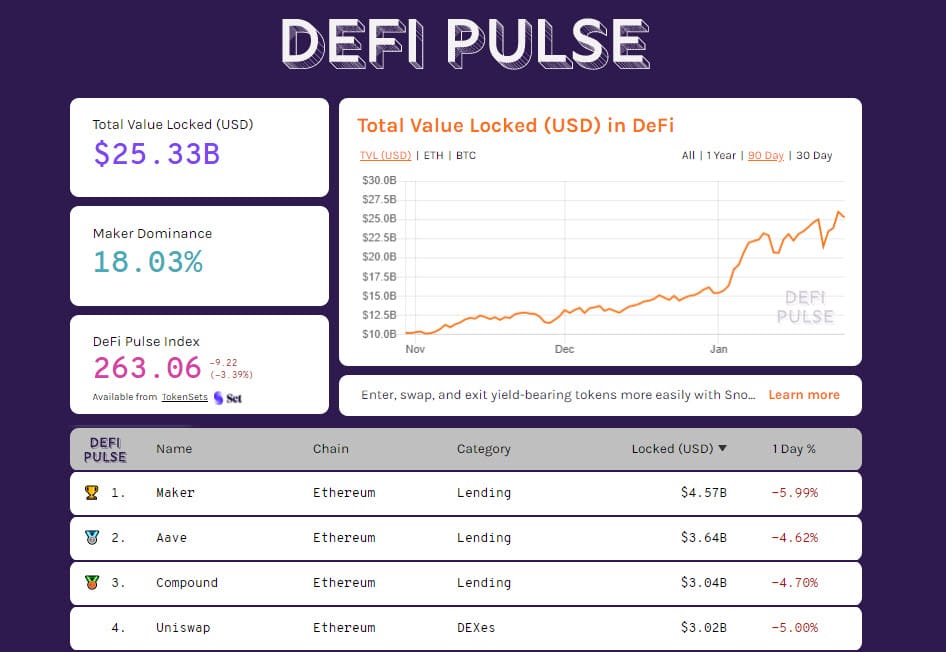 TVL in DeFi remains above $25 billion, retreating slightly after yesterday’s historic highs. The number of Ethereum remains stable above 7 million ETH while the number of tokenized Bitcoin continues to grow above 41,000.

Maker continues to lead, followed by Aave, while Compound and Uniswap continue their head-to-head battle for third place.

Bitcoin prices have been fluctuating at just over $31,000 for the past five days. This phase has also been accompanied by low volumes (yesterday, for the second day in a row, it was Ethereum that traded the most in 24 hours).

In this phase, it will be important to understand if prices will be able to once again exit the upper channel and return to test the $38,000, the first level of resistance in the medium term. Alternatively, a slide below 31,000 would increase the probability of falling below $29,000, the opening level of 2021.

After yesterday’s all-time highs, Ethereum fell back to test $1,300. The decline is due more to profit-taking than to any real bearish movement.

Unlike Bitcoin, the technical structure of Ethereum remains set to the upside even in the short term. The first support to be monitored in the next few hours is the $1,100-1,000 area.