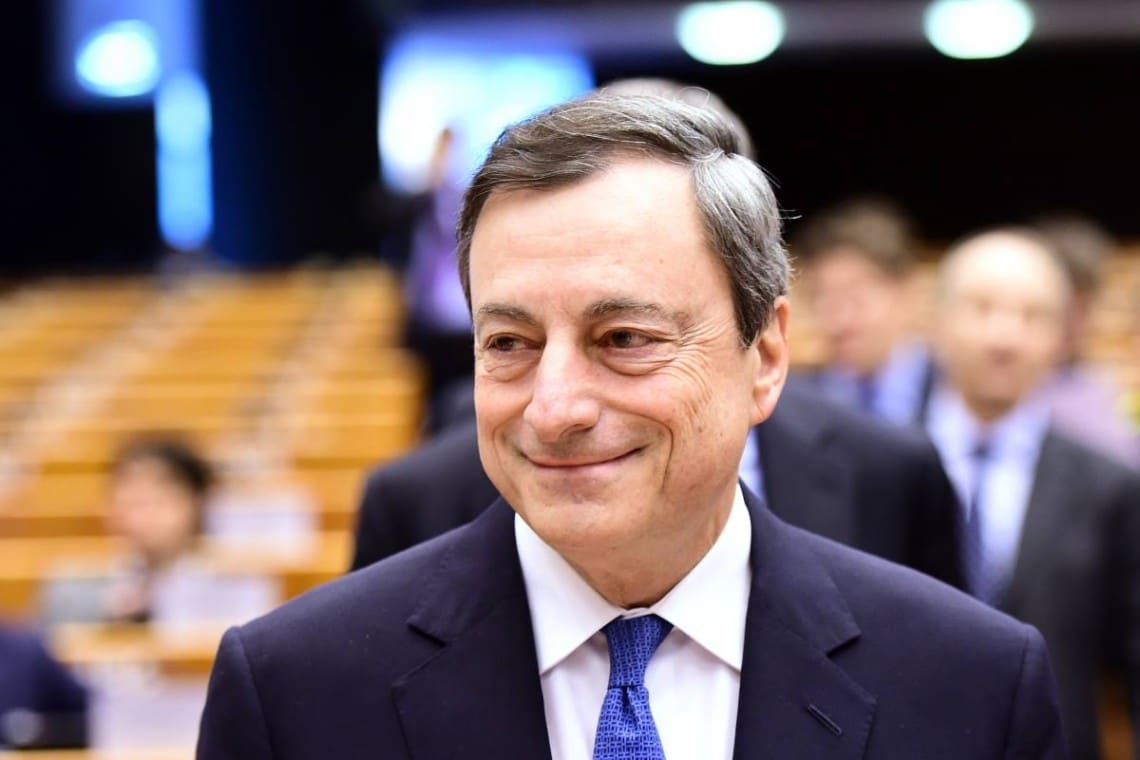 Mario Draghi and Bitcoin: the thoughts of Italy’s quasi-prime minister

Italy may soon have a new Prime Minister who knows Bitcoin very well: Mario Draghi. The former ECB president already addressed the topic of cryptocurrencies when he was president of the European Central Bank, a role he later left to Christine Lagarde.

During the #AskDraghi initiative on Twitter on February 13th, 2018, Mario Draghi answered questions that came from users.

"A euro today is a euro tomorrow" – can the same be said for #bitcoin? Hear Mario Draghi's view and join the debate! Thanks @italomottini95 for the question! https://t.co/t8qaYAr9G8 #AskDraghi #ECBYouthDialogue @debatingeurope pic.twitter.com/74kVrylJxS

The question was the following:

“If you were a young student like me, would you buy Bitcoin?”

This was the answer:

“Frankly, I would think carefully. You know, a euro today is a euro tomorrow. It’s value is stable. The value of Bitcoin oscillates wildly. I would not call Bitcoin a currency for this reason, but also for another reason. The euro is backed by the European Central Bank. The dollar is backed by the Federal Reserve. Currencies are backed by the central banks or their governments. Nobody backs bitcoin”.

When asked if the ECB would regulate Bitcoin his answer was:

“It’s not EBC’s responsibility to do that”.

It should be noted that this statement came in the days when the speculative bubble had just burst, leading the price of Bitcoin to collapse after reaching $20,000.

The same concept, however, had been reiterated a year later:

“Bitcoin is not a currency but an asset. The euro is the euro and will always be that, and the European Central Bank is behind it. Who is behind cryptocurrencies?”.

This was what he had said in May 2019 at the eighth edition of the Generation Euro Students’ Award. He had also said that cryptocurrencies are:

The future of Bitcoin in Italy

Will Mario Draghi ban Bitcoin in Italy, as wanted by Senator Maurizio Gasparri? It is definitely unlikely.

In the meantime, the first step for the Prime Minister in charge will be to have the trust of Parliament. His interlocutions with the parties will probably be based on Italy’s pressing needs, and a Bitcoin legislation is not currently a priority given the ongoing pandemic emergency.

Previous article Former SEC official: lawsuit against Ripple is not compelling
Next article MicroStrategy stock at highs since the dot-com bubble