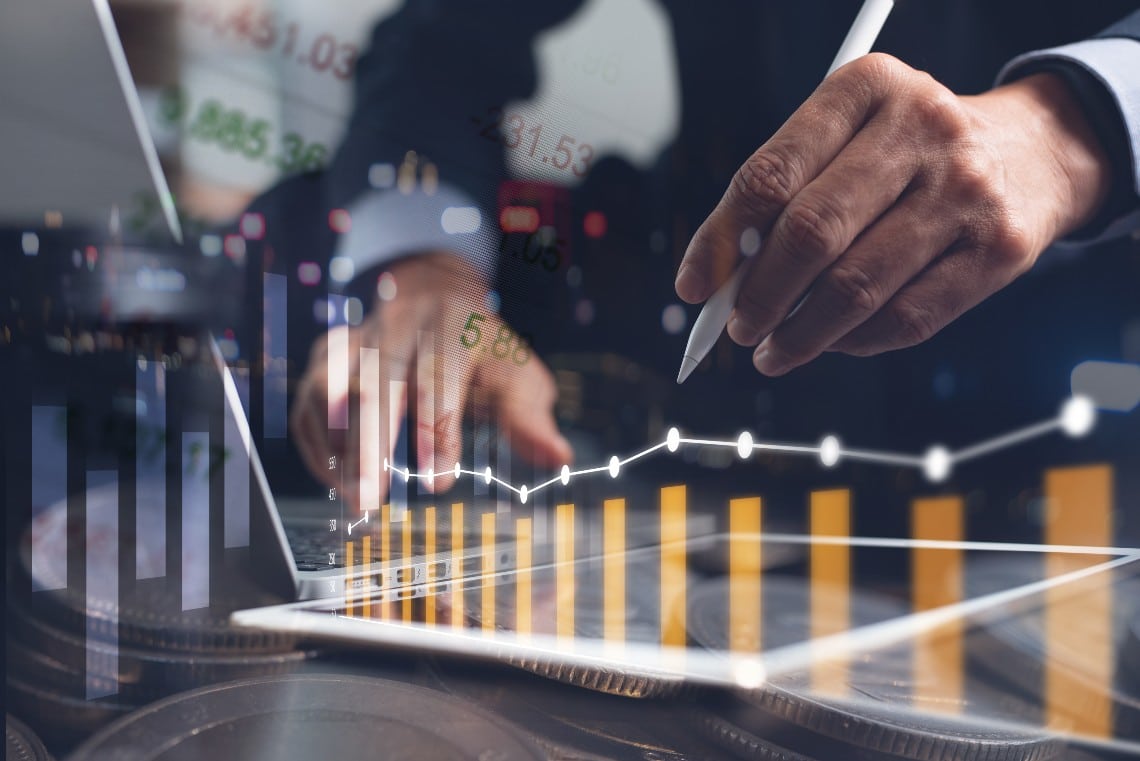 The St. Louis Fed (i.e. one of the 12 banks that comprise the US Federal Reserve) has released a report on decentralized finance (DeFi), looking at risks and opportunities.

The research, which is very long, gives a broad overview of the decentralized finance sector, analyzing the entire sector, from the smart contracts that regulate it, to the protocols, including decentralized lending platforms.

This is followed by an extensive analysis of risks and opportunities. In this regard it reads:

“DeFi may increase the efficiency, transparency, and accessibility of the financial infrastructure. Moreover, the system’s composability allows anyone to combine multiple applications and protocols, thereby creating new and exciting services”.

On the transparency front, the St. Louis Fed notes that all transactions are visible and adds:

“The observability and deterministic execution allow—at least in theory—an unprecedented level of transparency”.

This transparency, according to the report, also makes it possible to detect “undesirable” events and stop them in the bud.

In addition, it is noted that DeFi is potentially accessible to everyone. Finally, the last advantage mentioned is that of modularity: DeFi protocols are a bit like Lego bricks that can be integrated, mixed, forked and used to create new projects.

The risk analysis is longer:

“DeFi also has certain risks, namely, smart contract execution risk, operational security, and dependencies on other protocols and external data. We discuss these aspects in the following subsections”.

Indeed, the execution of smart contracts can pose risks if there are bugs in the code. It has already happened that because of these vulnerabilities, hackers were able to withdraw funds.

As far as operational security is concerned, the analysis questions the use of so-called admin keys. The control exercised via governance tokens appears to be in the possession of only a few people.

Another problem is that of dependency, understood as the interconnection between the various blockchains and protocols, which on the one hand may appear to be an advantage, but on the other can have repercussions on the entire ecosystem.

The fact that the data on which the smart contracts work is externally sourced also appears to be a risk factor for the St. Louis Fed.

The biggest problem, however, concerns illicit activities. The fact that DeFi protocols guarantee high levels of privacy and anonymity means that they can be used for illegal purposes.

Finally, the last risk factor is scalability: the cost of gas and long waiting times to confirm transactions (problems that plague the Ethereum network), can afflict the DeFi ecosystem.

The report’s conclusion is as follows:

“DeFi offers exciting opportunities and has the potential to create a truly open, transparent, and immutable financial infrastructure. DeFi has unleashed a wave of innovation. On the one hand, developers are using smart contracts and the decentralized settlement layer to create trustless versions of traditional financial instruments. On the other hand, they are creating entirely new financial instruments that could not be realized without the underlying public blockchain”.

However, it also adds:

“The term “decentralized” is deceptive in some cases. Many protocols and applications use external data sources and special admin keys to manage the system, conduct smart contract upgrades, or even perform emergency shutdowns. While this does not necessarily constitute a problem, users should be aware that, in many cases, there is much trust involved. However, if these issues can be solved, DeFi may lead to a paradigm shift in the financial industry and potentially contribute toward a more robust, open, and transparent financial infrastructure”.

Tradingview’s analysis of DeFi and the Fed

The report on DeFi published by the St. Louis Fed was also analyzed on Tradingview, where a trader explained:

“On February 5th 2021 Fabian Schär published an academic paper right on the federal reserves website that is imperative to read. This has to be one of the top academic papers I have read on ETH/DeFi yet hitting on opportunities and weaknesses that are fleshed out remarkably well”.

Tradingview’s analysis of Bitcoin and Chainlink

On Tradingview there is of course more than just talk about Ethereum and DeFi. At this time of new Bitcoin records, about BTC the trader Peter Brandt says:

“The bull trend in 2015-2017 experienced nine corrections greater than 30%. The current market has reached just short of a single 30% correction. I am NOT predicting a 30-40% correction, just pointing out that we should expect sharp corrections as some point. The fact that this trend has not yet corrected more than 30% since the Mar 2020 low is an indication of extreme underlying support and internal market strength”. 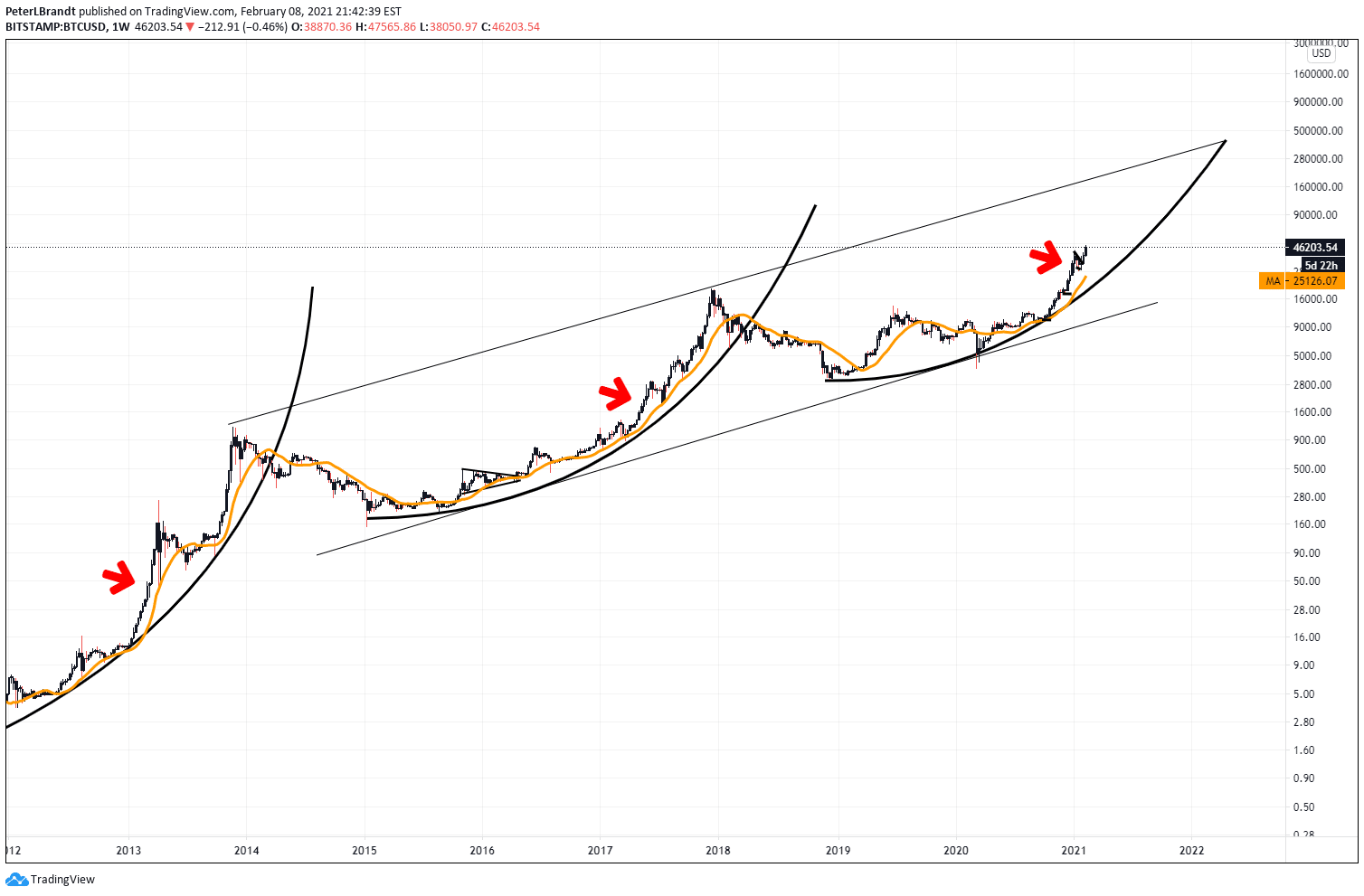 Bitcoin has a strong structure according to Peter Brandt.

On Chainlink, however, the analysis starts from the latest records:

“Look for LINK to break above the pitchfork median and continue to 30 dollars? If it does, I’d imagine more volume would follow and people chasing the pump would dive back in”. 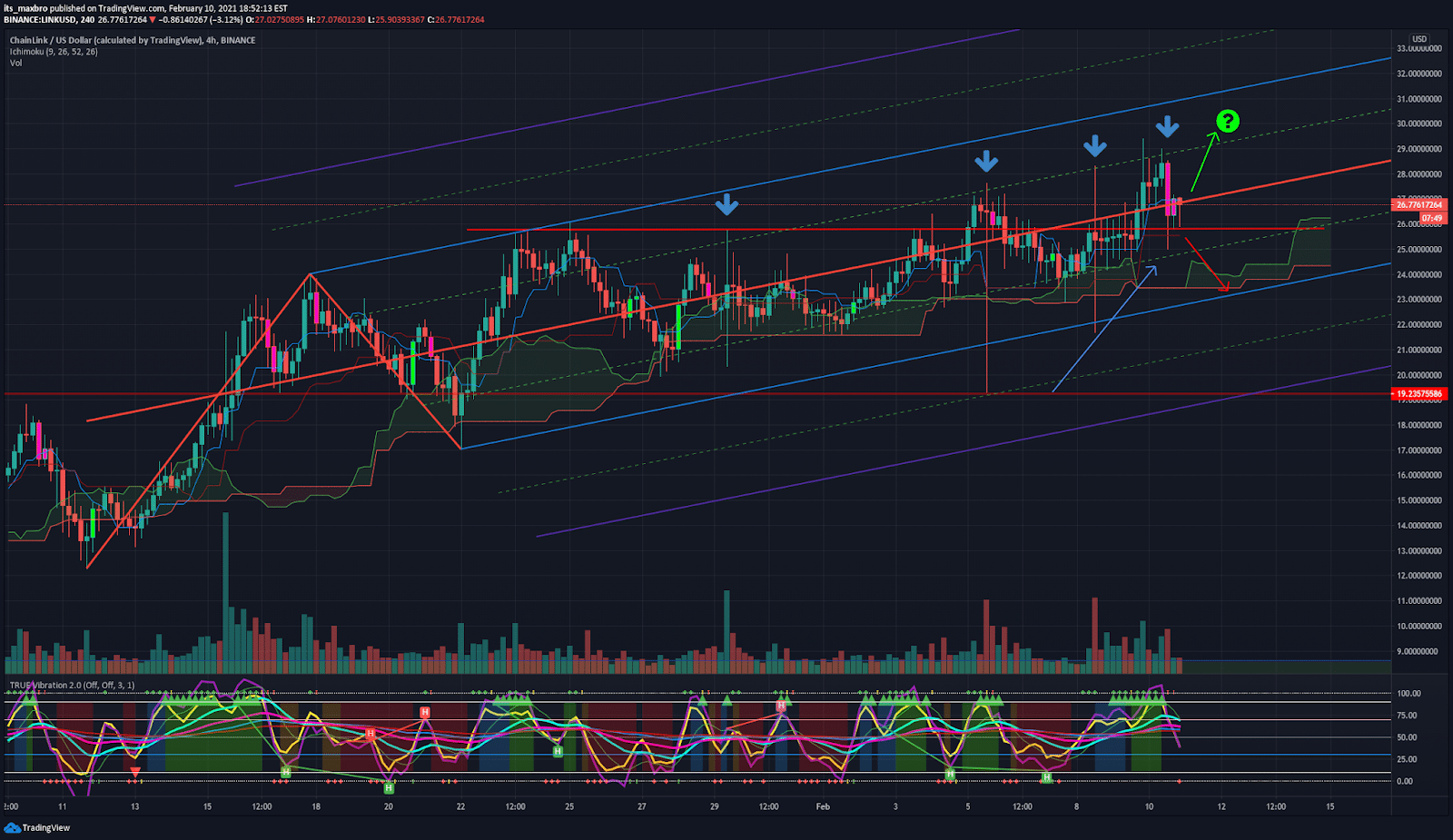