Over the past seven days, the price of XRP has risen 22% despite some negative news regarding the SEC’s lawsuit against Ripple.

In fact, the current price of around $0.75 is in line with what XRP had on 21 June, before the drop to $0.55, with subsequent lateralization lasting until 21 July.

Indeed, the current price is still higher than it was before news spread about the SEC’s lawsuit against Ripple, when the price was below $0.7.

However, since last Wednesday, it has not increased much.

The fact is that there is no good news from the case that sees Ripple opposed to the US financial markets regulator.

Legal expert James K. Filan said that a swift conclusion to the case is not to be expected.

#XRPCommunity #SECGov v. #Ripple #XRP 1/7 Everything I say here is speculation, but based on my experience I have a different take on what is happening in this case. I don’t think that anyone should expect a settlement anytime soon.

Filan admits that he is only speculating, but that this is based on his experience in the field. He reveals that in this real legal battle, neither side has shown any signs of relenting so far.

He also reports that Ripple may have an important weapon to play, at this stage, and that this is a battle that affects the entire crypto system, during which the SEC could also “get hurt”.

In light of this, it is perfectly logical that the price of XRP has moved practically sideways for about five days now, but it is unknown what impact the stalemate over the SEC’s lawsuit against Ripple will have in the medium to long term.

According to FXStreet‘s Sarah Tran, the price of XRP is said to be stuck between two levels, namely in a narrow range within the 38.2% Fibonacci extension level at $0.67 and the 200-day Simple Moving Average (SMA) at $0.77.

Tran argues that although the price of XRP has had a significant recovery since 20 July, it still appears to need to consolidate before showing new intentions to change direction. In addition, the Momentum Reversal Indicator (MRI) has recently expressed a signal suggesting a possible retracement.

Previous article El Salvador: bitcoin's advantages according to Bank of America
Next article Elon Musk and the story with Apple: "false and boring book"
Marco Cavicchioli 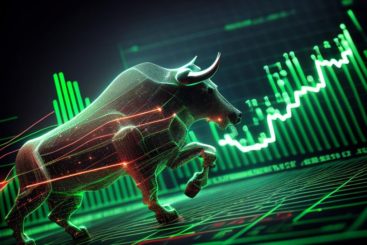