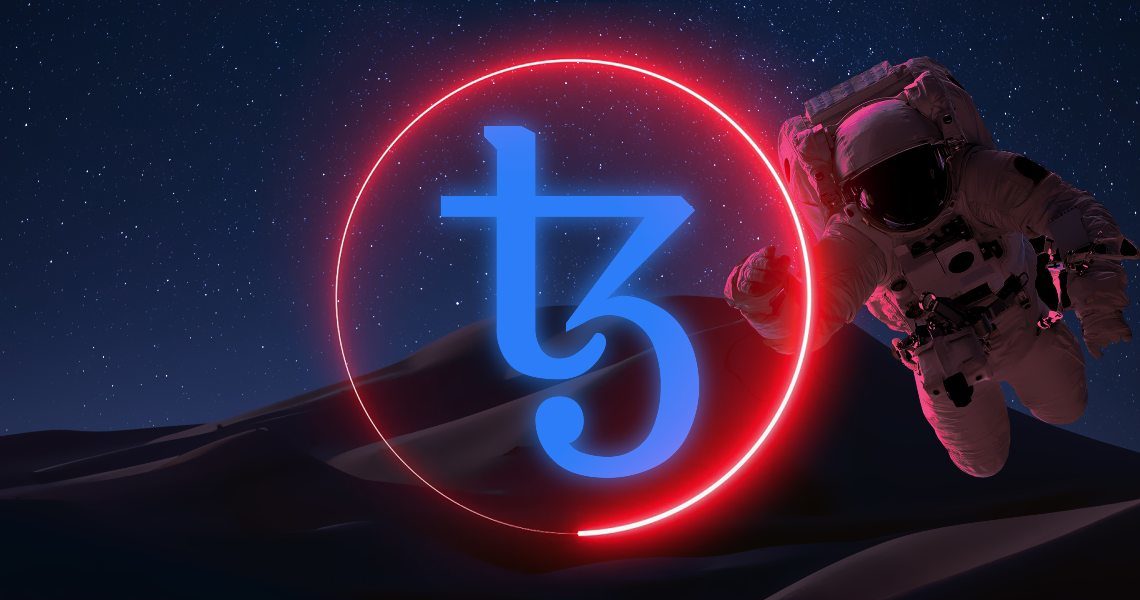 Tezos has been the subject of some attention in recent days thanks to interesting news, though the price of XTZ has continued to drop.

It then bounced back above $6 for a brief moment, before falling back below this threshold again.

This parabola seems to clash somewhat with the attention that has been paid to the Tezos project in recent days.

In particular, it has been chosen as a platform by several artists creating NFT, due to its energy efficiency and low transaction costs.

🖼️ @Tezos has gained global acclaim as a platform of choice for artists looking to mint NFTs because of its energy-efficient design, passionate artist community and low transaction costs.

At @ArtBasel Miami Beach 2021, #Tezos and #NFT artists will be in the spotlight… pic.twitter.com/kiw6Qv0hyu

In addition, BitPanda Pro has announced support for XTZ with the XTZ/EUR and tzBTC/BTC pairs.

The show, which will allow visitors to create a “generative self-portrait” via AI by minting a take-home NFT, will be followed by a programme of lectures at the Florida fair.

Florida, and in particular Miami, are looking to clearly emerge in the crypto sector as a major hub, and collaborations with Tezos in this sense only serve to expand its reach to the general public. NFTs are currently one of the most popular use cases of crypto technologies, especially in the art sector.

The exhibition that will open next month at Art Basel in Miami Beach (ABMB) is entitled “Humans + Machines: NFTs and the Ever-Evolving World of Art”, and will present a series of works and NFTs by artists such as Helena Sarin, Matt DesLauriers, Sutu (Stuart Campbell) and Iskra Velitchkova.

For the occasion, German artist Mario Klingemann has created an algorithm, “embedded” in the exhibition space, thanks to which visitors can have their abstract self-portrait created, accompanied by an NFT minted on the Tezos blockchain.

Tezos in search of visibility

It is possible that this very exhibition will give a lot of visibility to the Tezos project, not only in December but also in the days leading up to the opening.

A good parameter to measure the attention of social networks in this regard is the hashtag #Tezos on Twitter, where new posts can already be counted almost every minute.

The Tezos protocol was designed by engineer Arthur Breitman, who previously worked for Waymo (Alphabet/Google group) as well as Goldman Sachs and Morgan Stanley. The testnet was launched in June 2018, while the mainnet in September of the same year.