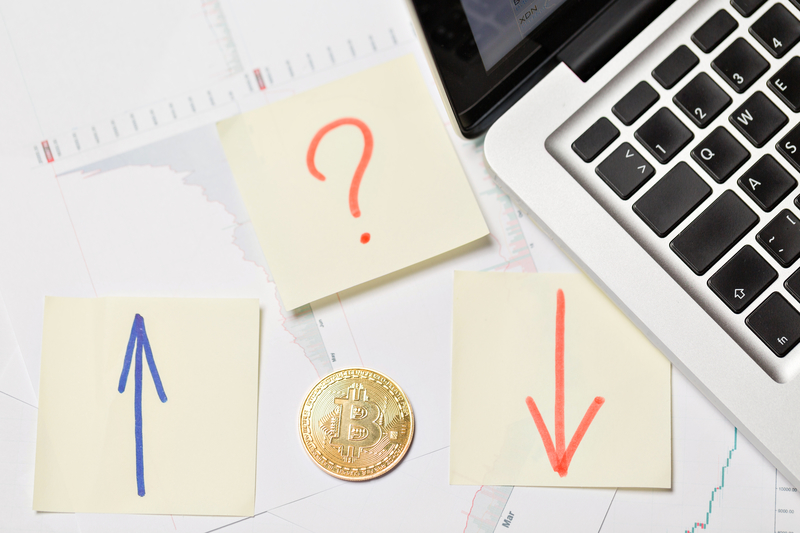 Cryptocurrency Day Trading: A quick look at Eos and Tron

Cryptocurrency Day Trading: Volumes are back, a frequent trend in phases when markets are close to important low levels.

The recent news launched yesterday by Bloomberg on the start of investigations by US legislators due to possible price manipulation of some cryptocurrencies, including bitcoin, does not help to revive general sentiment.

Since the beginning of the month, the whole sector has been suffering from a bearish trend that has seen short periods of pause, denying so far the statistics in favor of a season (May-June) usually favorable to bulls.

After three consecutive days of red, this morning there are positive signs for half of the main coins. Among the negative ones, excluding Bytecoin (BCN) with a -1.5% decrease, there were falls of less than one percentage point.

The first glimmer of sunshine that augurs well for a positive continuation of the day.

After recording its absolute highs on April 29, going from less than 6 to 23 dollars, the month of May has not been so far in favor of this altcoin that sees a loss of more than 40%, returning to the 11 dollars area.

There is an expectation for the passage scheduled for next Friday, June 1, which will see the Eos tokens (based on ERC20 technology) permanently separate from the Ethereum network and stabilize on its Blockchain Eosio 1.0.

Tron (TRX) is also approaching the passage of its tokens on its mainnet scheduled the day before, Thursday, May 31.

The launches of new mainnets are usually positive throughout the sector, which since the beginning of the year has recorded red sales for the main cryptocurrencies.

Among the top 10, only Eos and Tron did not suffer the crisis, recording respectively +65% and +83%. Will this be just a case in point?

UPWARD TREND: The bearish trend in progress since the end of April has not given any clear signal of a bullish reaction so far. It is necessary to recover above the $12.50 threshold, which was missed with the rise that occurred during last night, to begin to identify a first bullish signal.

DOWNWARD TREND: The missed $11.50 support opens down gaps up to the $9 area. The drop of yesterday morning saw prices go up to the $10.5 area and then saw a reaction sustained by buying volumes. Other signals are needed to frighten the bear.

After showing strength throughout the month of April, it was enough to review the threshold of 10 thousand dollars to frighten the bull and start the retreat.

The return to the 7250 area, recorded with the low of yesterday morning, sees prices drop to the levels of mid-April, canceling out 75% of the rise built between the beginning of April and the first days of May.

Technically, everything will have to be done again for the bull that has collected with dignity the slaps it has taken in recent weeks. Careful, however, not to play too much with the bear. An eventual return under the 6500 dollars area would give an important bearish signal in the medium-long term.

The next few days, at the beginning of June, are cyclically important for identifying the structure of the monthly cycle.

DOWNWARD TREND: Since yesterday prices have been trying to absorb the drop that in three days has extended the drop by another 15 percentage points, thus losing more than 27% from the highs at the beginning of the month. From these levels it is essential to see the return of purchases, otherwise, we risk going further down.

Yesterday’s downturn saw the bearish Head&Shoulders, which started on Tuesday afternoon, being broken with the extension of the neckline just under 680 dollars.

The current rebound – technically at the moment it’s a simple pullback – records a strong return of volumes at the same time as the test of the former resistance at 540-550 dollars.

The break that occurred in mid-April had favored the bullish impulse by running prices up to 840 dollars, recording in less than 15 days an increase of more than 55%.

UPWARD TREND: A return of over $600 is required to change the rebound structure into a technical figure of a new weekly cycle start.

DOWNWARD TREND: The return of prices below yesterday morning’s levels ($539) opens up room for further extension by increasing the chances of confirming the bearish H&S targeting the $475 area.