In ten stations of the three lines of Czech capital’s underground Bitcoin can be bought while waiting for the next train.

The locations are strategic: inside newsstands and tobacco stores at stations frequented every day by tens of thousands commuters.

General Bytes gave great visibility to the initiative by creating on the company website an interactive map of ATMs, full of photographs and detailed information on the location and functionality of each cryptocurrency ATM. 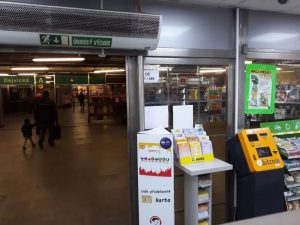 Users can exchange the Czech crown for bitcoin, dash, litecoin and monero during the opening hours of the shops in which they have been placed.

For those who know the Czech language, there is also a General Bytes video guide explaining how to use the recent generation of compact BATM2 devices.

The 1.6 million visitors can buy cryptocurrencies at the city’s ten most important metro stations. The stations run around the Můstek and Florenc exchange stations. 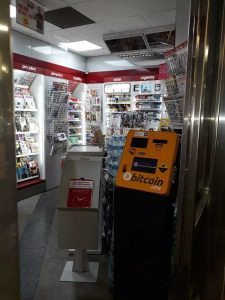 Prague, the city of Bitcoin ATMs

According to data provided by Coin ATM Radar, the Czech Republic has 46 cryptocurrency ATMs in operation (the seventh largest in the world), 34 of which are located in Prague.

Italy, to make a comparison, has 28 on the whole territory: but it’s not that bad, they are in ninth place in the special ranking of installed Bitcoin ATMs.

Prague is one of the European capitals where bitcoin has broken through. Here a great ferment of initiatives has been created, Paralelni Polis was born, an anarchic coworking crypto space, founded by the Institute of Crypto anarchy, a location very frequented by hackers and used to organize the Bitcoin Meetup of the city.

Bitcoin Coffee, on the other hand, is the most populated place on the property, where coffee is rigorously paid in bitcoin.

If the customer does not have one, the coworking area hosts two cryptocurrency ATMs.