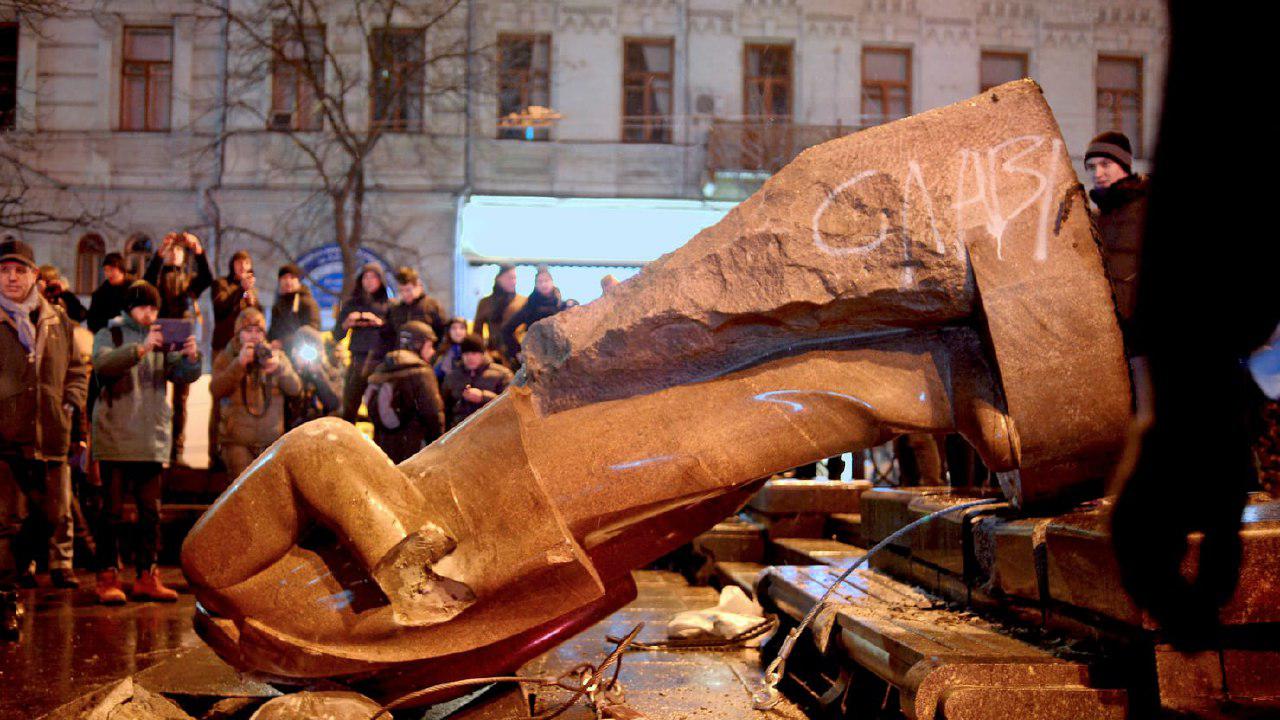 Bitcoin art in Kiev: a statue for Satoshi

After the statue by Federico Clapis dedicated to blockchain and cryptocurrencies, there is another Bitcoin art project in progress always linked to a piece of art.

The initiative comes from the city of Kiev, capital of Ukraine, and it is the idea of erecting a monument to Satoshi Nakamoto, the creator of Bitcoin. Not only that, but the proposal is to erect it in the very place where once there was the statue of Lenin, now removed, namely at the intersection of Khreshchatyk Street and Taras Shevchenko Avenue, in front of the Besarabsky Market, in the city center.

Lenin’s statue was overthrown and destroyed by protesters in December 2013, and now there is an empty pedestal in its place. In February 2014, activists positioned a golden pedestal above the old one.

Now the idea is to design a virtual monument dedicated to Satoshi Nakamoto and place it on the same pedestal.

The digital statue will be visible through an app, framing the pedestal with the smartphone, and will be made by the Ukrainian company of virtual reality and robotics Raccoon World, a contractor, who will develop the virtual model of the monument.

However, the project’s creators want to petition the Kiev State Administration for permission to build a real physical monument, financed by a crowdfunding campaign.

This initiative would be part of a global initiative to build similar monuments around the world, and create a so-called “Blockchain Republic“.

Bitcoin art: who is Satoshi?

The question that arises is: if the physical monument wants to portray Satoshi Nakamoto, who will be taken as a model?

In fact, no one yet knows who is actually the creator of Bitcoin, and how he/she looks like. No one knows the if the nationality is Japanese, American, English, or other.

Moreover, there are those who argue that it is not a single person, but a group of people, so presumably the statue will not really portray Satoshi but will have to limit itself to guess who it is.