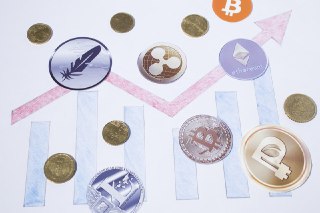 Let’s talk about the crypto daily trading of today, June 4th where we can see that the first 30 cryptos for capitalization are now green.

In the top 10, we can note Bitcoin Cash, with a double-digit increase (+10%) since yesterday morning, while Ripple (XRP), with a +4.5% increase, showed the first signs of the awakening of a bull that had been absent since mid-April. As well as Ethereum which, after the head and shoulders of May, recovers 600 dollars.

June started with the best intentions. Four consecutive upward days have not been recorded since mid-April. This trend is confirmed by the higher lows and highs for the seventh day in a row.

With more than $20 billion entering during the weekend, the capitalization rises to over $350 billion. Recent positive news has stimulated the return of purchases.

For example, in recent days, the announcement of Bittrex that has begun to allow users to exchange USD with bitcoin and vice versa.

On the other side of the Pacific Ocean, the Japanese company Abic Corporation has been allowing its customers to secure bitcoin loans since 1 June. A move that, in addition to allowing access to loans in Yen without having to resort to conversion, allows you to obtain an annual interest rate of up to 15% and save on the taxation of cryptocurrencies that in Japan reaches even 55%.

First signs of a reversal of the trend accompany the hypothesis of the beginning of a new monthly cycle. Since the last low on 29 May, prices have recovered more than 10% in less than a week, moving away from the dangerous $7000 threshold.

However, there is still no valid reasons to see the retreat of the bear that could threaten the recovery with a return of prices below $ 7400. This is a watershed level that has been catalyzing upward and downward price fluctuations since mid-May. After four consecutive days on the upside, a rejection can be expected.

UPWARD TREND: The consolidation above 7500 dollars at the moment does not find the strength to land above 7800-7900 dollars, a threshold to be recovered to restore vigor to the frightened bull.

DOWNWARD TREND: The possible price retracement, useful for downloading overbought indicators, should not extend beyond the $7400-7350 threshold. A return below these levels would continue to indicate the prevalence of the bearish trend present, now, for an exact month.

After suffering the technical weakness and lack of appeal caused by the detachment of two important tokens, Tron and Eos, Ethereum’s prices manage to rise above 600 dollars, technical threshold much considered by operators since last December.

The break of this level, which occurred in the early hours of Sunday morning, coincides with the breakout of the dynamic bearish trendline (green line) that from the beginning of the month draws a bearish trend for the second cryptocurrency, going from 840 to 490 dollars leaves on the ground more than 40% of value accumulated during the climb in April (+130%).

Reaching the target for the bearish Head & Shoulders completes a well knows technical figure triggering a rebound that in the coming days will have to find the right confirmations.

UPWARD TREND: The recovery of the 600 dollars is a first bullish signal that will have to be confirmed in the next few days with the hook of the 650 dollars.

DOWNWARD TREND: A retracement is expected in the next few hours that will remain so with prices over 550-575 dollars. Below these thresholds, there is a risk of reawakening the bear.

The bulls look back at Ripple. The triple high recorded between the end of April and the beginning of May in the $0.93 area triggered a fall that lasted from the beginning to the end of May, bringing the prices back to the $0.55 area with over 40% loss in value.

A worrying and partly unexpected decline, considering the news and announcements of the team, for example, the adoption within the traditional banking sector.

Lately, the attempt to go back over 70 cents has failed, a crucial threshold to restore confidence in the bull and in the volumes that have returned over the weekend to be seen again.

UPWARD TREND: The recovery of 65 cents is positive, and has now become a valid accumulation base useful for pushing prices above 0.70. The break of this resistance, sustained by buying volumes, would accompany prices to revise the $0.77-0.80 area in the following days.

DOWNWARD TREND: The rises in the last six days, mark an increase of almost 30%, making us hope for the future. Eventual retracement finds space in the $0.61 area to not affect the bullish trend built in recent days.