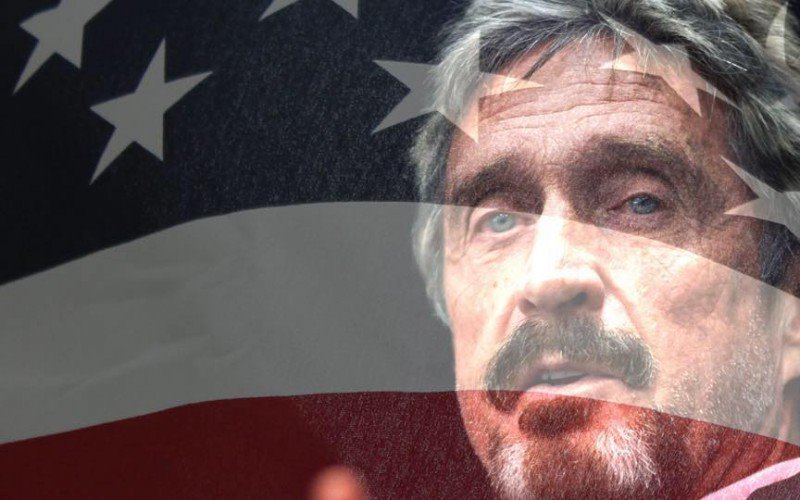 McAfee for President. He aims at a crypto revolution

The creator of the well-known antivirus and ardent supporter of cryptocurrencies wants the White House. John McAfee for President, it’s true: he wants to be President of The United States of America, and he is running for the second time.

John McAfee for president is not a joke. He is not new to shocking statements, but this time he is serious.

McAfee, in fact, has just announced on his Twitter profile that he will try to run for US President in 2020, explaining: “In spite of past refusals, I have decided to again run for POTUS in 2020. If asked again by the Libertarian party, I will run with them. If not, I will create my own party. I believe this will best serve the crypto community by providing the ultimate campaign platform for us.“

Already in 2016, he had tried to participate, first as an independent candidate in the new party “Cyber Party”, and then in the primaries of the Libertarian Party, also participating in the televised debate of the party.

It didn’t go very well, because during the primaries he got only a little over 3,000 votes (8.9%) and therefore he had to renounce the presidential candidacy in favor of the winner Gary Johnson, who then participated in the presidential elections managing to reach only a meager 3.27%.

McAfee is a long-standing libertarian, a strong supporter of the right to privacy and of the minimal government intervention in citizens’ affairs.

He is also convinced that powerful forces are trying to derail the cryptocurrency revolution, with a real war underway.

The chances of John McAfee becoming the 46th President of the United States of America seem low.

First of all, he should win the Libertarian Party’s primaries, recovering the 50 points of difference that divided him from Johnson or find another party well rooted in the territory able to support his campaign.

Furthermore, if he succeeds, he will have to defeat the much more favored candidates of the Republican Party, where Donald Trump could easily run again, and of the Democratic Party, where Mark Zuckerberg, the co-founder of Facebook, could participate in the primaries.

The same McAfee is aware of it, who in another Tweet has declared:

“Don’t think that I have a chance of winning. I do not. But what truly changes America is not the President, but the process of creating one. If my following is sufficient I get to stand the world’s largest stage and talk to the everyone, as I did last time, to tell the truth.“

In short, McAfee’s real objective is not to become the President, but to take advantage of the election campaign to introduce as many people as possible to the world of cryptocurrencies.

It could already be an excellent result even if he were only able to be nominated again as one of the Libertarian Party’s primaries and perhaps double the 8.9% obtained in 2016.