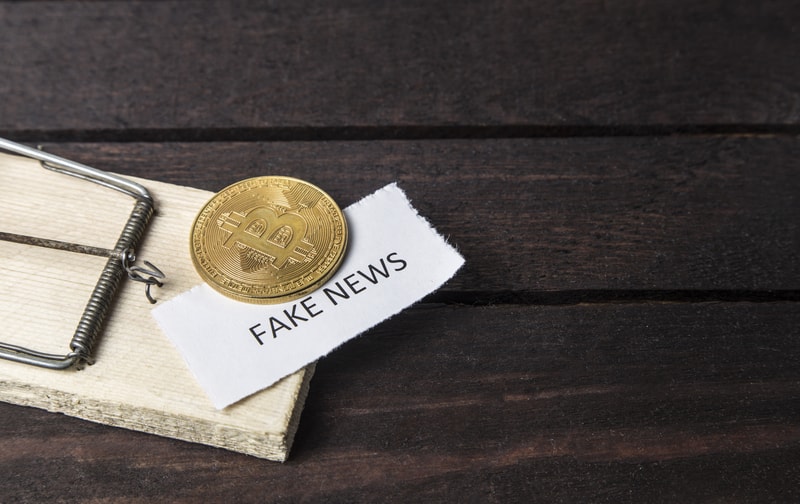 The Satoshi book is a fake

The Satoshi book is a fake: Leggi qui l’articolo in Italiano

On June 25, 2018, the domain NakamotoFamilyFoundation.org was registered.

To date on that website, there is a page with a link to a pdf file that should contain the first 21 pages of a new book.

There is also a link to an enigma to be solved to receive the spoiler of the text.

The curious thing is that the author of this page “signs” Satoshi Nakamoto, suggesting that the book we are talking about was written by the creator of Bitcoin.

As has happened before, it could only be a publicity stunt to attract many people to visit the website, especially because the text seems very different from the previous writings published by Satoshi, both for the style of writing and for tone.

Let us remember that, for example, at https://bitcoin.org/bitcoin.pdf you can read the official white paper of Bitcoin written and published by Satoshi even before the first software was released, and even on https://satoshi.nakamotoinstitute.org there is a collection of all his writings.

The document tells the alleged story of the creator of Bitcoin, telling what happened in the days when he began to design and develop Bitcoin.

Furthermore, if the hypothesis were true that Satoshi has now died, given that it is since 2011 that he no longer publishes anything, no one could deny what is said in this text.

For example, this phrase in the new book sounds a bit strange:

“The principles of bitcoin came from cypherpunks, a community where I had been present since I was 14 years old, a place where anonymity was as fundamental as breathing, where in order for genuine freedom of speech to exist in an open society you had to be able to express yourself completely and anonymously.

Not only does this phrase seem to be far removed from Satoshi’s style, but it also appears as the classic “fictionalized” phrase that you would expect to read in a fiction book, written by a novelist.

The community of bitcoiners seems not to have accepted this text as belonging to Satoshi, even if the incipit of the book is an interesting read with some plausible hypotheses.

Especially because if he really wanted to be recognized with certainty, Satoshi would have to do nothing but sign a message with one of the original keys used by him at the beginning, or prove the ownership of one of the wallets that we know with certainty belong to him: it would be so easy to do that, any other attempt to pretend to be him is really not credible.

Markets' attention on the race for the Quirinal in Italy
Inflation racing: gold or Bitcoin?