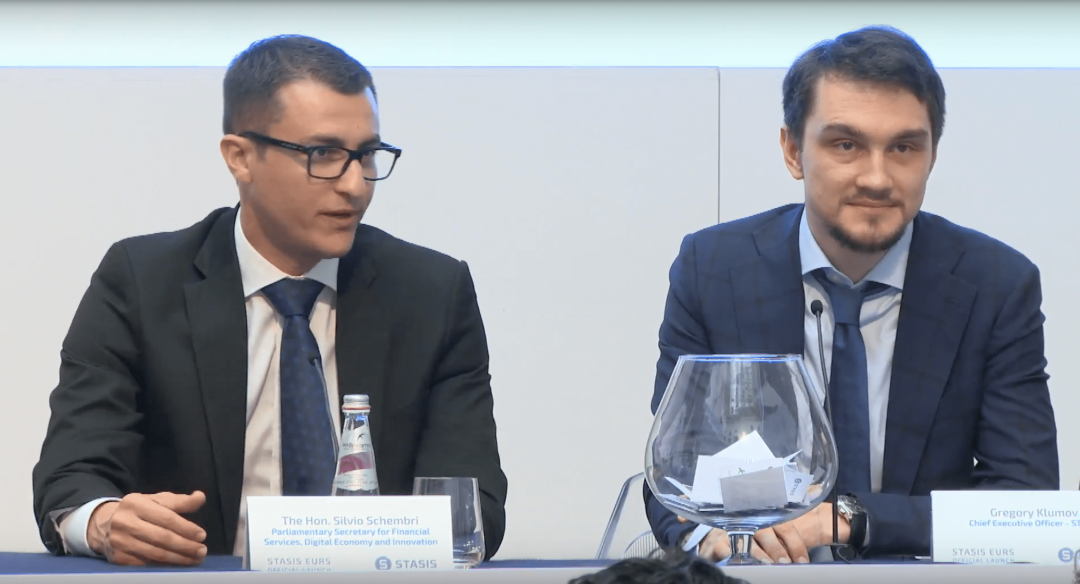 Silvio Schembri, among other things, is the politician in charge of implementing blockchain and crypto in Malta, an EU country that, with the first legal framework to regulate the sector, aspires to become a “Blockchain Island” for investors and companies.

In Malta they are serious. “The cryptocurrencies are here to stay, as well as the blockchain“.

Word of Silvio Schembri, Undersecretary for Financial Services on the island. The message is especially true for banks: no matter how they try to counteract this progress, they can not stop the wave: technology will eventually win.

Speaking at a recent Q&A session at the Malta Chamber of Commerce, at the press conference to launch the STASIS EURS euro token, the Maltese politician showed some optimism about the possibility that the European authorities will one-day welcome crypto innovation rather than reject it.

When asked what the next step should be for the introduction of cryptocurrencies at the EU level, the Maltese minister said that “nine months ago the general feeling was that they wanted to ban cryptocurrencies”.

Since then, something has changed, if it is true that “as far as I know, in a vote of confidence in Parliament recently there were two abstentions and only one vote against“ the crypto business, said Schembri. Adding “we are experiencing great interest from different countries, including France”.

In short, according to Schembri, the position in favour of cryptocurrencies is now much stronger in the EU than before. Schembri also cited the position of Christine Lagarde, the director of the International Monetary Fund, according to whom the crypts are here to stay and that their efforts should be focused on creating an appropriate regulatory framework.

“While the other countries are just starting to discuss ways to regulate the sector, we have started to operate and I think our legal framework is very robust and could lay the groundwork for other member states”, Schembri points out.

Europe is shifting, albeit in small steps, towards the adoption of blockchain technology for initiatives linked to the real economy. With the European Blockchain Partnership, for example, the EU has already invested 80 million euros and intends to invest another 300 million by 2020 in concrete projects.

In another demonstration of openness to the sector, a comprehensive report by the European Parliament has recently emerged, highlighting how cryptocurrencies should neither be ignored nor banned. Both approaches are considered “extreme” and counterproductive.

With the collaboration of Matteo Oddi