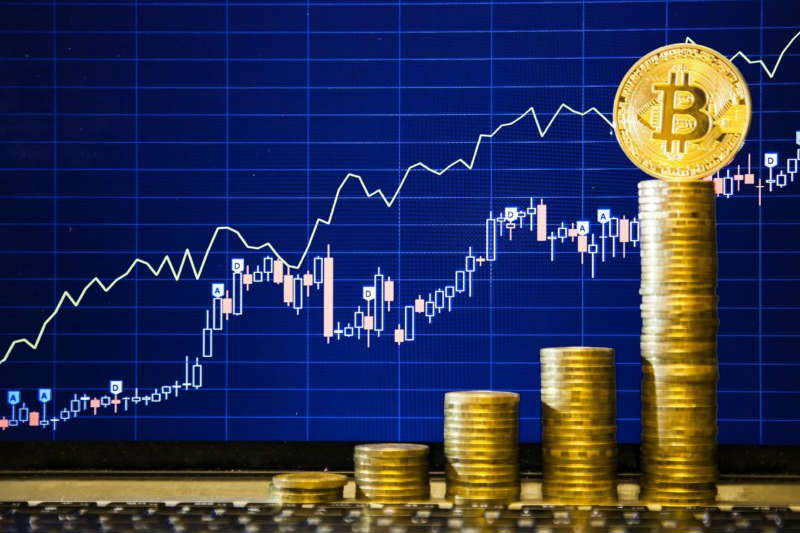 The crypto bull is here, the bear is running away

The crypto bull is here: the market overcomes major resistance and triggers a rally. Stellar Lumens (XLM), Cardano (ADA) and Eos (EOS) with rises between 15 and 25%. Bitcoin now at $ 7,400

After more than a month of suffering, the crypto bull breaks difficult resistances, pushing the market to levels abandoned last June.

The spring charged for many weeks suddenly exploded with a vertical movement that, for example on bitcoin, made prices run by more than 700 dollars, with a double-digit rise in less than an hour.

Positive news over the past week has discouraged pessimists who are still falling, forcing them to hastily close positions.  A short covering that has contributed to triggering the strong impulse. To find such a dynamic we must go back to 12 April.

Today continues to benefit from the thrust, with double-digit rises for most of the more famous cryptos, including Bitcoin.

Among the top 100 only two, TenX (PAY) and Timesfarmtoken (TFT) are in red with drops higher than 6% from yesterday’s morning values.

Among the best, however, stand out, in order of scale, Stellar Lumens (XLM), Cardano (ADA) and Eos (EOS) with increases between 15 and 25%.

Total capitalisation jumps with arrogance just under $300 billion, with Bitcoin continuing to drop in its firmly anchored dominance share of around 43%.

Yesterday afternoon a Coinbase spokesman, Rachael Horwitz, wanted to appease the rumors that were going around after previous statements made by another spokesman of the same company, stating that SEC and FINRA approved the purchase of the Keystone broker, which took place last month, but in reality they are still in the process of approval by the US federal authorities to allow the exchange of cryptocurrencies.

At the moment the operators seem to be snubbing this small step backwards. Technically, such movements always require confirmation in the following days.

After days of forced rest, now the bull must not be in a hurry to recover so as not to risk Icarus’ faith.

The break of both the neckline of the Head&Shoulders and the trendline, both passing through the 6800 dollar area, triggered the entry of new purchases, causing difficulties for those who had to hold positions at the bottom.

An explosive mix that in less than an hour has caused prices to jump by more than 700 dollars, triggering further purchases for the classic panic buying.

In less than a week, all the ground lost since mid-June is recovered, flourishing the hopes of a stable return of the bull, now absent for more than seven months.

Before identifying new resistances it is good to wait for consolidations above the $7000 area during the next few days.

Although rising by 5% from yesterday morning levels, among the top 10 Ethereum is the one that is staying behind.

The upward trend of the entire sector has allowed prices to review 500 dollars, but the timid volumes that emerge above this level do not allow to obtain the necessary technical confirmations.

Since this morning, prices have been fluctuating around this technical and psychological level.

To obtain confirmation of the exit from the bearish channel that began last May, two conditions are needed in the next few days: bullish extension beyond the 540 area and consolidation above 460-480 dollars.