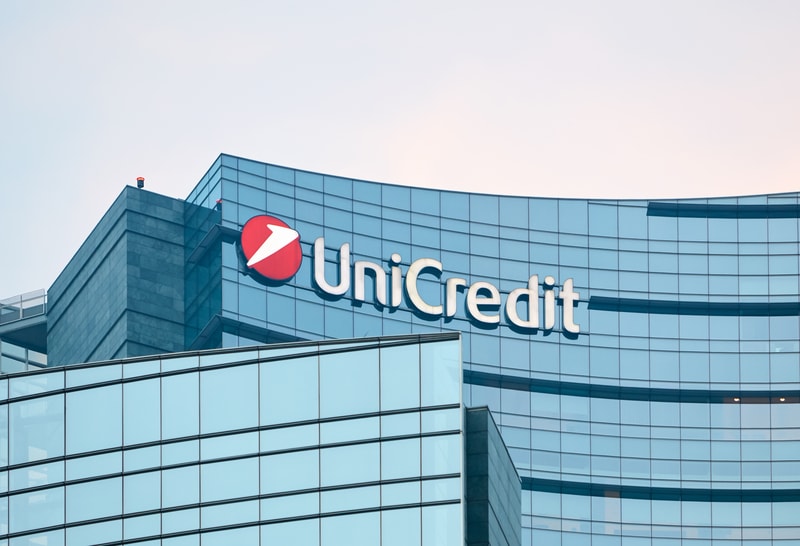 UniCredit has announced that it has successfully completed its first transaction using blockchain technology.

The transaction was carried out on the we.trade platform, created by a consortium of eight banks which, in addition to UniCredit, includes Deutsche Bank, HSBC, KBC, Natixis, Rabobank, Societe Generale and Banco Santander.

The we.trade consortium was founded with the aim of simplifying international trade. The first transaction involved the UniCredit customer navabi GmbH, a women’s clothing company, in the execution of an order from a Spanish supplier, supported in turn by Banco Santander.

Based on blockchain technology, we.trade connects the parties involved in the transaction and records the entire transaction process (end-to-end) using Smart Contracts.

These can be used, for example, to automatically trigger payments when predefined conditions, such as the shipment of goods, are met, making transactions faster and more transparent.

Gianfranco Bisagni, Co-Head Corporate and Investment Banking of UniCredit, said: “we.trade is a success story in the field of banking collaboration and we are pleased to announce our first transaction. We believe that over time the platform can redefine business relationships between SMEs and make the financial system increasingly interconnected for the benefit of our customers.”

The we.trade platform, which has been in the pilot phase so far, should be available for a wider market in the coming months.

Blockchain fever has even infected JP Morgan led by Jamie Dimon, one of the toughest critics of cryptocurrencies, so much so that the bank founded by John Pierpont Morgan is part of the Interbank Information Network, the consortium formed together with the Royal Bank of Canada and Australia and the New Zealand Banking Group, which intends to take advantage of blockchain technology to speed up the processing of payments.

Previous article Cardano roadmap updated
Next article Crypto value: the bear is back, Bitcoin on the support