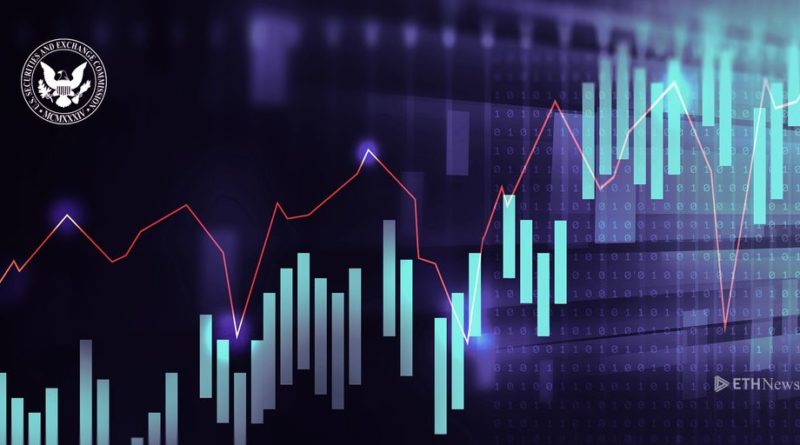 Crypto-market down: The SEC delay affects negatively the market

Crypto-market down: Looking through the list of the first 100 coins listed on Coinmarketcap, only two are in positive territory with increases above 3%: PundiX (NPXS), with over $200 million of capitalization occupies the 45th position, and Aurora (AOA), an unknown token currently traded only on the Asian exchange Kucoin.

Despite its launch a few weeks ago, with $114 million of capitalisation, AOA ranks 67th.

All others are in red and there are double-digit losses for many coins.

Even among the big players, there have been significant falls that are pushing prices to update their annual lows. This is the case of Ripple (XRP), which collapses by 15% from yesterday morning levels, revising the 35 cent dollar area of mid-December. 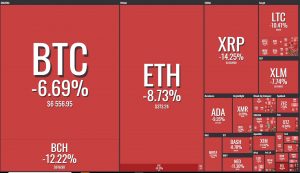 Similar losses for Eos (EOS) and Ethereum Classic (ETC). The first falls below $6, the lowest level since the launch of its mainnet last June, while ETC cancels about 80% of the bullish trend of the last four days that we already commented on these pages in the previous days.

Total capitalisation collapses below $230 billion. The fall is mostly caused by altcoins that push the capitalisation to the lowest levels since last November. Even if close to the April lows, Bitcoin managed to maintain its capitalisation above 110 billion, confirming its market share of almost 49%.

For the past month, proposals for various Exchange Traded Fund (ETF) issuance applications have been catalysing the attention of operators. The rise we saw in the second half of July was largely supported by positive expectations about the SEC’s decision next week to accept or reject the ETF SolidX Bitcoin Shares issued by Vaneck Soldix Bitcoin Trust and presented by the Cboe BZX exchange on 20 June.

The SEC Commission is required to respond within 45 days of publication in the Federal Register on 2 July. In an official statement issued last night, the SEC postponed the deadline by requesting additional time for its decision, delaying until 30 September 2018.

The document further clarifies how over the past year the cryptocurrency exchange markets have undergone important changes by making additional security guarantees, as required by the SEC, on the valuation, liquidity, custody and potential manipulations on bitcoin prices.

This could justify the Commission taking further time to assess more carefully the changes made, also in view of the recent announcement of ICE (Intercontinental Exchange), owner of the New York Stock Exchange. Most of the 1300 comments from the public on the bitcoin ETF SolidX webpage were positive. These messages were reinforced by the disagreement of Commissioner Hester Peirce who published a statement on the SEC website just a few hours after the rejection of the other ETF BatsBZX on 27 July.

Despite last night’s decision increasing uncertainty, which is contrary to bullish markets, the reaction of the markets seems to be too excessive, due more to instinct than to reason.

Breaking the supports first at $7000 and then at $6800 drags prices just below the $6400 threshold and causes prices to collapse by more than 6% in a few hours. The levels of mid-July are reviewed, thus cancelling the bullish run of the second half of July.

Technically the monthly structure weakens again, bringing back many doubts. Have we already seen the lows of the year or are we still in a bearish market where every uptrend, as happened in recent weeks, is a trap for the bull?

Ethereum fails to hold 400 dollars that over the past few days had been a strong support compared to other major coins. The prices go under the 380 dollars area attracting sales that push prices close to the annual low of 355 dollars.

Here as well the situation remains very delicate. This sell-off will increase the chances of updating the 2018 lows.

The stampede of the third cryptocurrency for capitalisation continues.

The drop in the last few hours broke the support of the 42 cents, causing the prices to fall close to the 35 cents area, a level that was not seen since last mid-December. A fall of 15% in a day that reports more than 90% of the loss in value from the all-time high of mid-January of $3.30. Capitalisation fell below $14 billion, beginning to put the third place at risk.