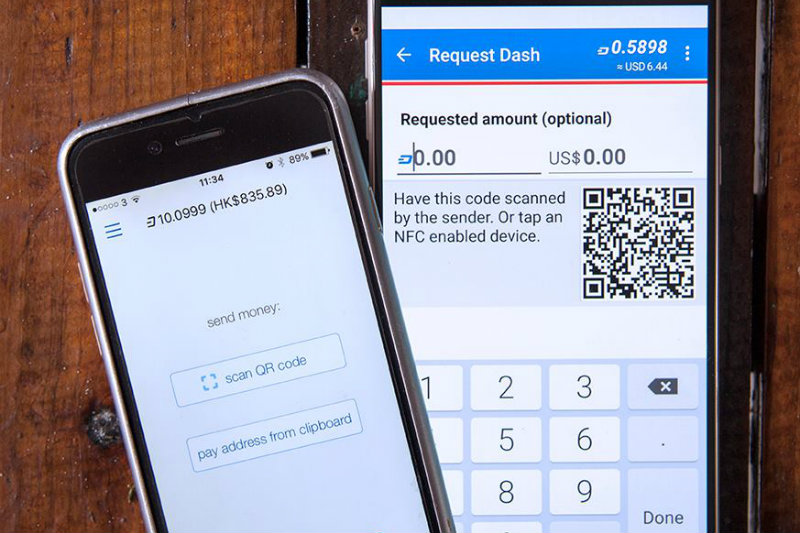 In Venezuela, where the Petro has not yet entered into circulation and the Bolivar continues to suffer from hyperinflation, many are adopting Dash payments, preferring them even to bitcoin.

The reasons would be low transaction costs and times, but above all, great privacy.

Dash is a cryptocurrency created to serve as a payment method (i.e. as a transactional currency) that is not easily traceable.

Over the last 24 hours, Dash has achieved a 20% increase in value, which is difficult to attribute to adoption in Venezuela alone.

Another reason could be the partnership announced yesterday with Kripto Mobile Corporation (KRIP), a brand of smartphones integrated with cryptocurrency wallets.

KRIP phones will preload the entire Dash ecosystem – the wallet to receive, store and send tokens – and a variety of complementary apps, such as Bitrefill which allows purchases in Dash.

With KRIP phones users can buy and sell Dash without having to go to the bank, there’s also a Dash Help Me customer service that offers a dedicated support line for any requests from inexperienced users.

It is no coincidence that the partnership was announced during a conference that took place in Caracas, Venezuela. KRIP smartphones are particularly suited for Latin American markets.

Bradley Zastrow, Head of Global Business Development at Dash Core Group, said at the conference: “We all know that fiat payments take too long and cost too much, and that cryptocurrencies have the potential to affect real change, especially for people experiencing hyperinflation where cryptocurrency is less volatile. […] This first starts with the Dash community, particularly here in Caracas, who have worked tirelessly to grow the Dash ecosystem to over 800 merchants accepting Dash including locally-run locations from mainstream brands like Calvin Klein and Subway“.

Zastrow claims that, thanks to this partnership, Dash will help accelerate the spread of cryptocurrencies in Latin America.

He adds that with these new phones “right out of the box, even users who have never interacted with cryptocurrencies have everything they need, and by working closely with the Dash community and Dash Help Me, new users have the necessary support structure in place should they need assistance. The critical element to moving to mainstream is the need for removing the friction that exists today with the cryptocurrency experience. We’re doing that with the KRIP phones“.

Previous article Cryptocurrency rise: 70% of the market is green
Next article Malta to establish a blockchain university