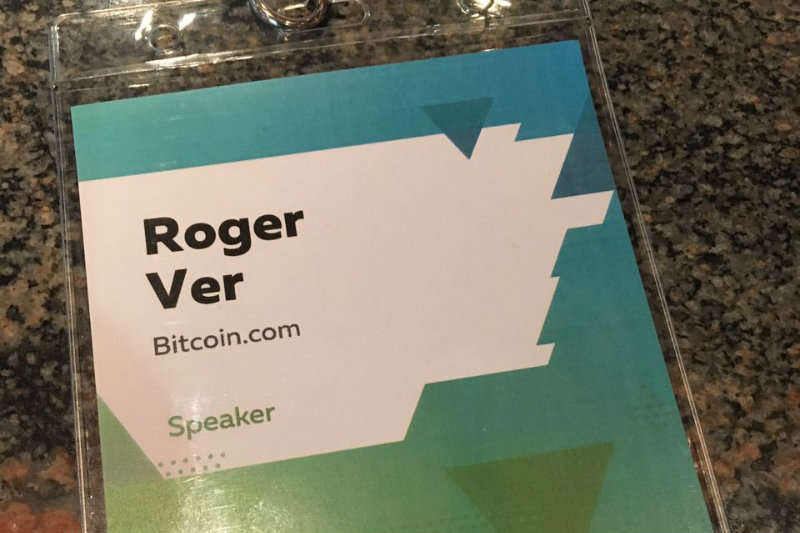 The Blockchain Cruise event continues with the third day of crypto-themed events and conferences. This is probably the most interesting day because Roger Ver, Charlie Lee, John McAfee and Brock Pierce, perhaps the most anticipated speakers of this cruise, will take turns on stage. In fact, the room is much more crowded than yesterday morning, probably decimated by the welcome party the night before.

The morning started at 9.30 with a speech by Evercoin’s founder Miko Matsumura entitled “A new foundation: a look at the state of cryptocurrency infrastructure“.

As explained during yesterday’s panel “Fear and pain of 2018“, Matsumura says that in some cases fear can be positive, especially if it doesn’t destroy you and if you know how to manage it. Pain is also positive if you can learn from it: “if you don’t learn from pain you’ll only have more pain“.

It sounds like a philosophical discourse, but obviously Matsumura refers to the crypto market, its volatility and the possibility of being hacked: “If you have not been hacked yet, you certainly will be. I must warn you.”

Up next was Roger Ver with a nice speech that began with a short personal story: “When I read Bitcoin for the first time I felt like rereading the science fiction books I read as a child. I said: I knew that it would become reality!“

“I was the first person to believe in Bitcoin. And I’m lucky to still be here. The reason why I invested in bitcoin in 2011, when it was still worth $1, is because bitcoin gives you the chance to be economically free: less corruption and conflicts and more happiness… These countries, the first on the list are Hong Kong, Singapore, New Zealand and Switzerland. Countries like Hong Kong have grown and developed in 50 years,” says Roger as he shows photos of urban planning in Hong Kong, compared to Havana, which has remained the same due to the lack of economic freedom.

Finally, the speech ends with a comparison between Bitcoin and Bitcoin Cash in terms of technical features: “Bitcoin no longer has the characteristics with which it was born in 2008, Bitcoin Cash does and it was very sad for me that I entered the crypto world and immediately invested in bitcoin“.

After these two very interesting personalities, the conference continues with Charlie Lee with a speech entitled “The Intrinsic Value of cryptocurrencies”.

“I’ll focus on bitcoin, but many things also apply to Litecoin,” explains the founder of LTC.

“As much as I respect Roger Ver and the others, there’s only one Bitcoin: bitcoin is censor resistant, its transactions are immutable, it has a fixed money supply of 21 million and it can’t be counterfeited. Now let’s talk about the censorship resistance. Who played poker in the evening? Is it a game of luck or skill? In my opinion, it’s a skill game, not like blackjack. Online poker was a big business in 2011. One day I go to my favourite online poker website and I saw that it was closed: Close domain. It was really sad. Poker is legal and it’s a game of skill. Why can’t I use my money there? Bitcoin, on the other hand, cannot be blocked“.

The common thread of this morning – and not only – is the fact that all the speakers are against centralized exchanges and in favour of the decentralized ones. They also believe DEXs are the real future for the crypto environment and those to be preferred to fight governments and all kinds of third parties. Charlie Lee adds:

“Centralized exchanges (HitBTC, Binance, Huobi) are like a black hole in which we are throwing our private keys. We are throwing our freedom: there are inexplicable crashes, pump and dumps, high commissions to be listed, Mt Gox style hacks and account bans. As Benjamin Franklin says, all people tend to lose their freedom in favour of a bit of security,” but it doesn’t have to be so, Lee explains. This can be solved thanks to decentralized exchanges that execute all transactions on-chain.

After Charlie Lee, it was finally the turn of John McAfee, perhaps the most controversial character of the crypto environment.

“Permission. What does that mean? In America, I’m allowed to drink alcohol and smoke in one place or another. Roger Ver talked about it earlier. Bitcoin is permissionless, it doesn’t require any permission to send money from one person to another. That’s why the government that can control our world is afraid of bitcoin and all cryptocurrencies. They are a way to break the status quo of their control over us. Every need and will is controlled by the government, while cryptocurrencies instead give us the opportunity to take back our freedom as individuals. With Monero, for example, it is impossible to see what a person does with their money. If you have permissionless and anonymous transactions, how can governments collect taxes they survive on? They are terrified, within 5-10 years even banks will disappear“.

What you notice among the speeches is the desire to reaffirm the concepts of cyberpunk and anarchist philosophies from which bitcoin was born after the crisis of 2008. Bitcoin is taking a wrong turn caused by companies that do business and therefore tend to centralize management and technology.

Another thing that surprises is the humanity and availability of these people that we interact with through tweets and forum posts, but often we do not know their faces. Even among them, while supporting completely different and opposing ideas, they are all very relaxed and kind.

We will update you after Brock Pierce‘s speech that promises to present an exclusive project, just in a few minutes.