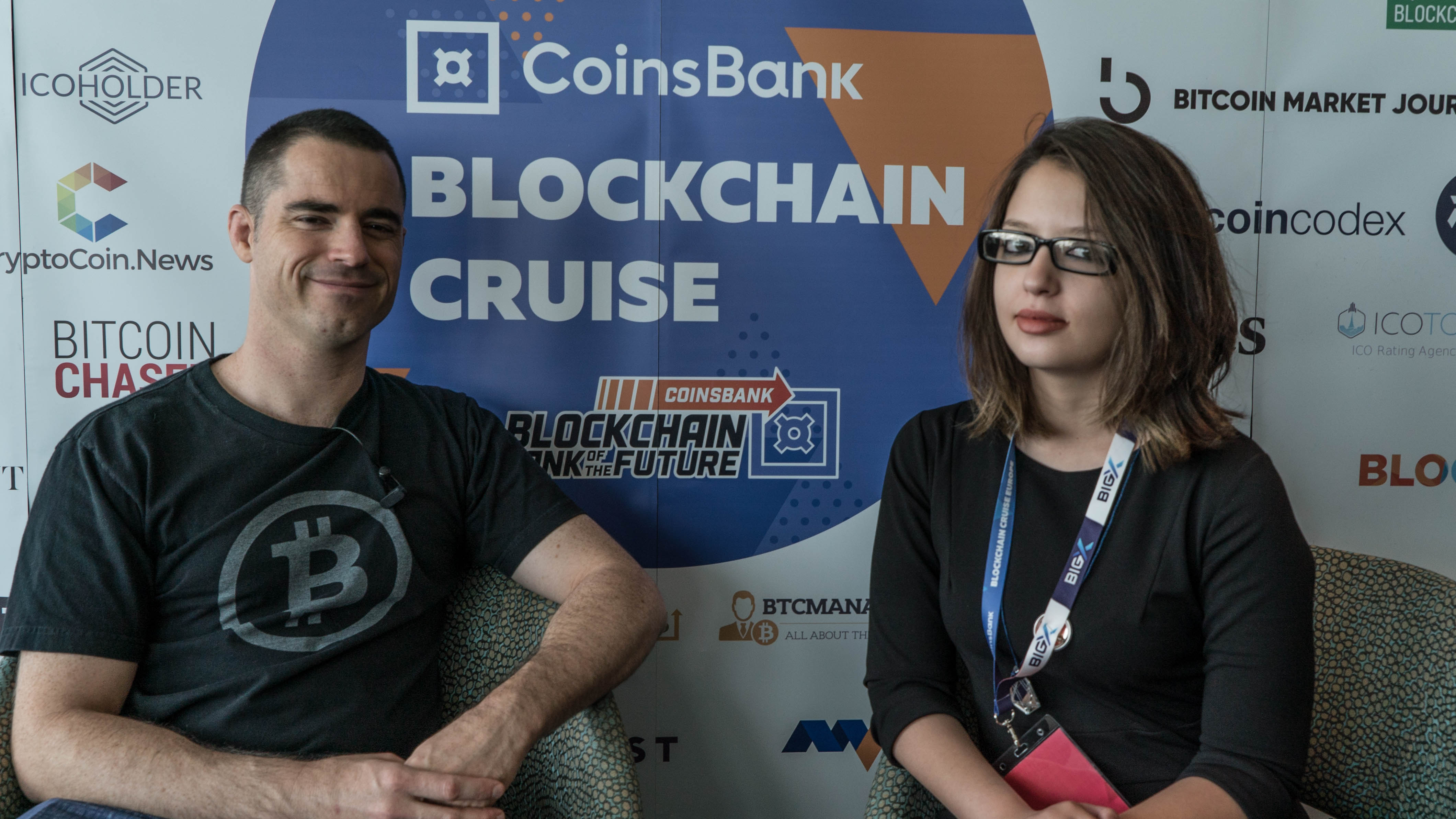 Roger Ver‘s speech on the stage of the Blockchain Cruise has just ended. It’s September 9th and we’re heading to Ibiza for the penultimate day of the cruise.

The experience is exciting. Despite the market dropping significantly in the last period, the atmosphere on the ship is joyful; it’s a continuous party

We met Roger and some of the Bitcoin.com staff right after his speech entitled “How digital currency will change the world”.

Roger is very helpful with all the fans; these days it’s about being fanatics of one or the other faction: Bitcoin or Bitcoin Cash.

What can be noticed is that there is a clear separation between Bitcoin maximalists and not. Positive? Negative?

Brock Pierce explained it well during his speech: “The important thing is to have a solid community.

In the end, if one or the other faction prevails what does it matter? We all win if something changes the world for the better“.

But that’s certainly not the opinion of Roger Ver or Bitcoin Maximalists like Jimmy Song, who had a bloody debate with the CEO of Bitcoin.com.

Anyway, Roger Ver’s speech was accurate, no matter if he’s right or wrong.

Ver is firmly convinced of what he stands for and the way he talked and presented his thesis was very convincing, he can easily talk about politics.

He is a CEO proud of his work and his company, and this allows him to go where he’s headed without stumbling into too many problems.

In the end, what is the purpose of cryptocurrencies? That they are used, so Ver’s thesis does not start from a wrong assumption.

Bitcoin Cash is faster, cheaper and easier to use. After the interview, he demonstrated it with a test: the transaction took just a few seconds and the fees were less than 0.05%.

Of course, the fact that Bitcoin Cash is heavily related to the activity of the Bitcoin.com company makes it less decentralized, and this the main topic of the debate: mass adoption is certainly important, but the goal is to adopt a crypto that is 100% decentralized like Bitcoin.

Watch below the full interview with Roger Ver: