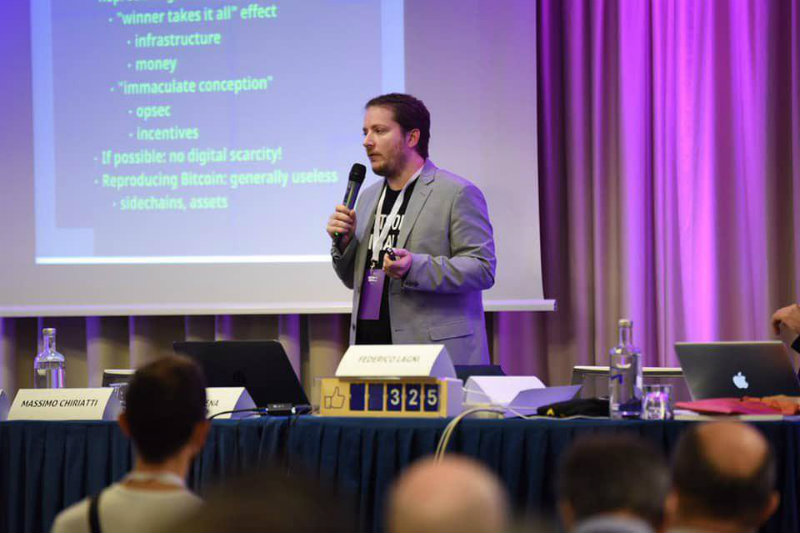 Giacomo Zucco, “Bitcoin is an open source protocol to be developed on”

Among the speakers at the Crypto Coinference in Milan, there was Giacomo Zucco, with a speech that highlighted some very peculiar aspects of Bitcoin as the underlying protocol. 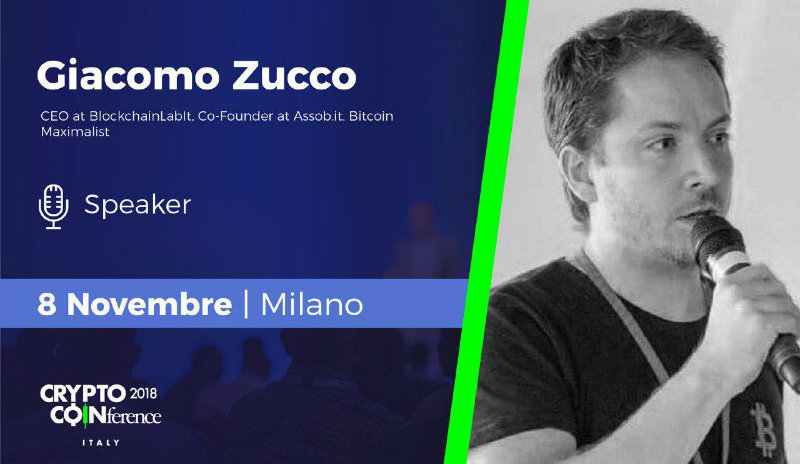 Taking the Internet as a reference, he showed how the underlying protocol (such as TCP/IP), although not necessarily the best, have established themselves as real standards, used and accepted by everyone without distinction.

On top of these protocols, others were then created such as HTTP, the web, or entire platforms such as Wikipedia or Facebook: the higher you go, the more competition there is, while the underlying protocol, being open source, is and remains one.

A parallel can be made with currency: the underlying “protocol” has always been gold, on which coins, fiat currencies, payment systems such as Paypal and so on, have been built.

Bitcoin in this scheme would be a protocol similar to the HTTP protocol in some ways, on which it is possible to develop new protocols or applications.

This is already happening, with second layer solutions such as Lightning Network, RGB, or Liquid.

In this scenario, trying to replicate Bitcoin with other blockchains or develop features not yet existing using other platforms might be useless: according to Zucco, Bitcoin’s sidechains are a viable alternative from this point of view, with the advantage that they are based on the Bitcoin protocol, and not on others.

In fact, there is another aspect of considerable importance that should be taken into account: low-level protocols, such as HTTP or Bitcoin, have often benefited from the “winner takes it all” effect, which has over time led them, not only to become dominant, but also unique.

Of course, open source or decentralized technologies, such as Bitcoin, follow a different path when it comes to mass adoption since they’re not able, by their very nature, to follow structured marketing. In fact, there has been no marketing campaign behind the adoption of protocols such as TCP-IP or HTTP. So, for Bitcoin, the only viable thing is to wait for its adoption.

The road is slow, gradual and based on the merit of the technology itself and not on its promotion, but when it occurs it tends to be dominant to the point of literally sweeping away the competition.

If that is the case, says Zucco, then Bitcoin could become the underlying blockchain and cryptocurrency (the only real digital gold) thanks to the subsequent and further development like sidechains or other second layer solutions, leaving little room for all other projects, including Ethereum.

This might be the case because Bitcoin is the only project that can count on a so-called “immaculate conception“, in the sense that its creator, Satoshi Nakamoto, did not create it to get rich (at the beginning bitcoin was literally worth zero), but to make it work.

Only many months after its creation did Bitcoin begin to gain value, and by the very time it began to have significant value, Satoshi disappeared from circulation. No one knows who he is, his accounts have been inactive for years, and it’s, therefore, safe to say that Bitcoin is not a speculative project, unlike most of the others.

To date, this approach is simply no longer feasible, especially because there is only one Bitcoin and it would make no sense to replicate it. On the contrary, it would be deleterious, Zucco explains.

One last clarification: during the conference Zucco called himself an “evil, toxic, brutal, nasty Bitcoin Maximalist”.

Previous article ICOs as a process of investment democratization
Next article Top 50 Blockchain listed companies: sectors and use cases