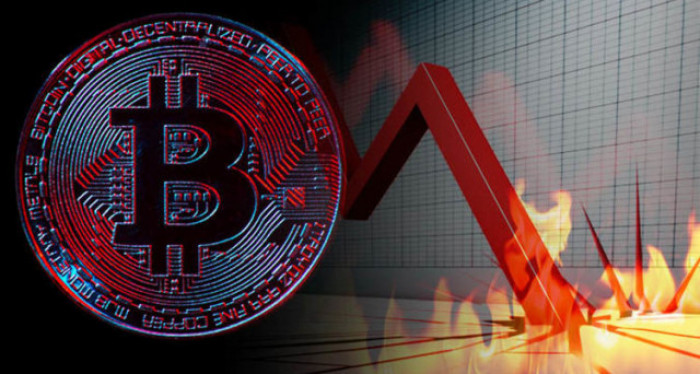 Why did the price of bitcoin collapse so quickly?

This is the most recurrent question in the various social channels and Telegram chats dedicated to cryptocurrency fans.

To get an answer it is necessary to take a step back in time, erase the apathy that has followed us during the absence of volatility of recent weeks and return with our feet on the ground.

Those who know and have been following cryptocurrencies for a long time are aware that the oscillations are not for the faint of heart. The anomaly is not what is happening in these last hours, but what was happening until three days ago. We experienced a similar context during the first two weeks of September and between the end of July and the beginning of August.

In the first case, the prices lost about 30%, in the second just under 20%. The current slump in the price of bitcoin sees a maximum of -15% from last Friday’s levels. This movement is far from over: it will take a few more days to understand if the collapse has already found its lowest point or the current phase of calm is due to the fear anticipating another collapse in the price of bitcoin.

The technical feature that distinguishes what has happened in recent hours from previous downward movements in recent months is the new annual low of bitcoin prices that return below the levels of November 2017. For the first time after 3 years and 11 months, the annual bitcoin balance is negative.

This is a phase that changes the technical structure and begins to open several questions for which it will be mandatory to wait to find the right answers.

The breaking of the descending triangle, a technical figure that has become almost mythological, identified and followed since the beginning of last summer, increases fears of further falls. The breaking of the supports between 5800 and 6000 dollars, considered by many almost an insurmountable barrier, has triggered important coverings accompanied by an explosion of volumes that, in the sum of the last 48 hours, record the highest trading volume since last February.

The increase in volumes initially accompanied the falls on Wednesday and Thursday without, however, causing the classic movement of panic that on other occasions has recorded much more important declines. Although the conditions for such a scenario to be repeated are present, the prices have had a rebound that at the moment has stopped entering the classic waiting phase. Having laid down the weapons between Bears and Bulls, these are the most dangerous moments where you can see sudden changes in mood.

The war between the two factions of Bitcoin Cash (BCH) is still going on and since yesterday afternoon it has separated into the two forks BAB Bitcoin ABC and BSV Bitcoin Satoshi Vision.

After yesterday afternoon’s projections which saw BSV’s hashrate in advantage, shortly after 19:00 (UTC+1) we saw instead the supremacy of adhesions in BAB with over 2000 active nodes. 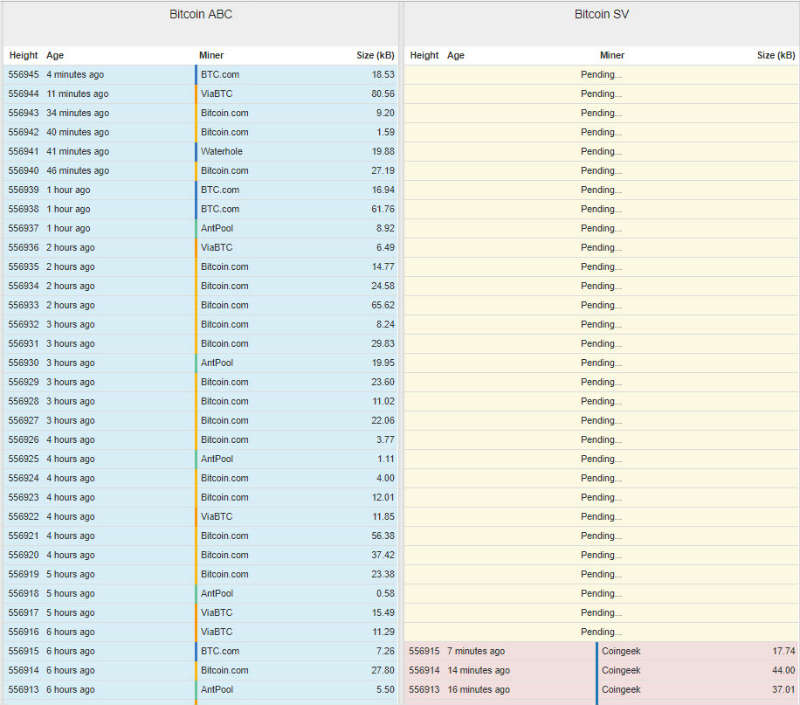 Craig Wright’s intimidating announcements, which shook the eve of the fork and most likely amplified the recent bitcoin declines, seem to have returned to him like a boomerang.

These are difficult hours for the BSV fork supported by Wright, which sees the delay increase to 30 blocks that, translated into time, make over 6 hours of deferment. It’s still too early to draw the conclusions, but at the moment it seems that for Bitcoin Cash everything could remain unchanged.

The negative repercussions continue to interfere with the prices of Ethereum, which is unable to stabilise at over 180 dollars. Yesterday’s decline cuts the capitalisation to less than 19 billion dollars, giving Ripple (XRP) the second place in the absolute ranking.

Previous article How to make Crypto-Fiat payments with QR code
Next article A brief guide to crypto trading: wallets, exchanges and platforms to use