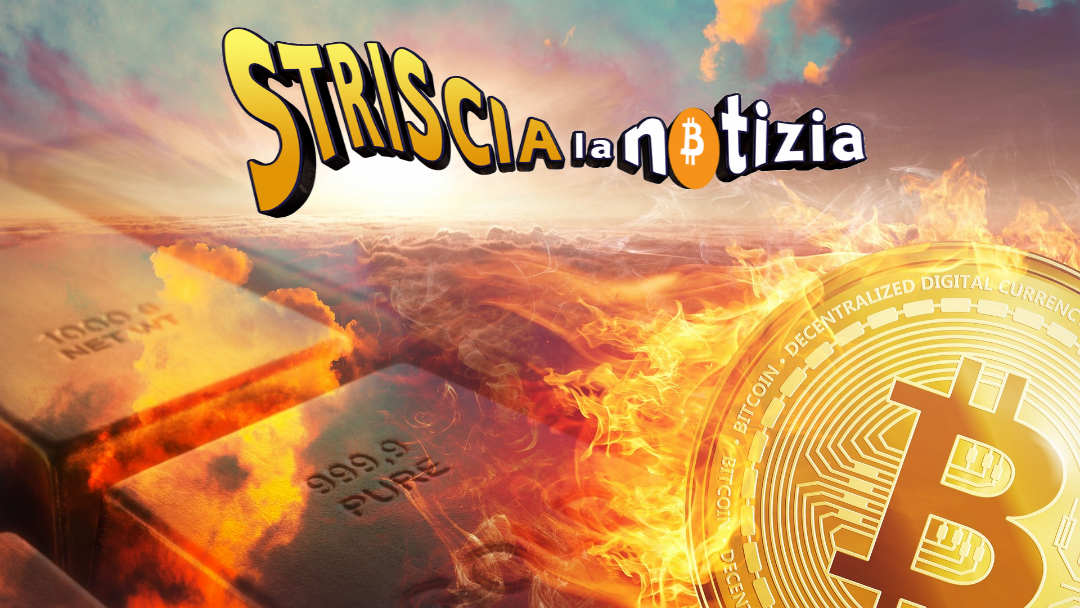 The problems with the ‘Striscia la Notizia’ TV service on Bitcoin

On Wednesday, November 14th, the Italian TV program ‘Striscia la Notizia’ aired an episode that looked in-depth at how bitcoin transactions work on the dark web.

Bitcoin is not anonymous

Camisani Calzolari, the author of the service, trying to explain “how the payment systems of the dark web work,” said:

Anyone familiar with the subject knows that this cryptocurrency is not anonymous at all. On the contrary, all transactions carried out with BTC are completely public.

Traditional bank transfers are, from a certain point of view, much more private compared to bitcoin, since they are not publicly available on websites like blockchain.info.

At the same time, however, while all bank accounts are linked to a holder, this does not happen with the addresses of bitcoin wallets. That said, although there are plans to remedy this defect that endangers the fungibility of BTC, at this time it is difficult to use bitcoin in a truly anonymous way.

Several authorities of the United States of America, in fact, spend huge sums to analyze the blockchain and identify the owners of the various addresses. The entity that invests most in this purpose, not by chance, is the Internal Revenue Service, in other words, the tax collector.

If bitcoin were already completely anonymous, there would be no point in other cryptocurrencies such as Monero (XMR) or Zcash (ZEC), which have focused their development on obtaining as much anonymous a currency as possible, developing solutions such as the so-called “zero-knowledge proof” or the “bulletproof“.

Localbitcoins users are not criminals

In the service, the reporter of “Striscia la Notizia” says that he contacted “a bitcoin dealer” and organized a trade for cash in London, “similarly to how dealers sell drugs”, all proven with a screenshot from Localbitcoins.

The transaction, however, was not successful, reports Camisani Calzolari:

“I then found an excuse to leave and obviously didn’t complete the transaction.”

To receive clarifications about the legality of the kind of transactions described in the service, we contacted Federico Monti, co-founder of Comproeuro, founder and CEO of Zerobanks.

Comproeuro, according to the official website, is “the first physical store entirely dedicated to the Bitcoin universe.

In the case of Comproeuro, a copy of the documents is required before buying and selling bitcoin. This, however, is a self-imposed rule to avoid negative impacts on the company by hypothetical retroactive measures. But as Camisani specifies:

“In Italy, there is no official and precise regulation on the purchase and sale of bitcoin, in cash and also not in cash.”

So, although it is something that could be subject to change, trades, such as that illustrated in the service aired on the Italian TV channel ‘Canale 5’, are not illegal in Italy.

It should also be specified that the reporter from ‘Striscia la Notizia‘ tried to execute the trade in London, not in Italy, and that this was not explicitly described as illegal, even though he defined Localbitcoins as one of the “unofficial channels”, mistakenly suggesting that there are “official channels” where to trade bitcoin.

The dark web is not intended for criminals

The dark web, according to Marco Camisani Calzolari, is

“a jungle of illegality in which you can buy everything that is illegal”.

In reality, as Wikipedia explains, the dark web is simply the content of darknets, networks within the internet that need specific software, configurations or permissions to access them. The specific network to which the service seems to refer is called Tor.

The software behind this network has been financed mainly by the federal government of the United States. In fact, the purpose and use of Tor go well beyond.

There are many legitimate uses of Tor: from the protection of privacy to the circumvention of censorship in states where freedom of speech is not respected. In fact, not only websites like the famous Wikileaks, but also Facebook itself offers users a mirror through Tor.

However, like any technology, this one can be exploited by all kinds of people, including criminals, and as the service in question explains, on the Tor network there are websites dedicated to buying and selling drugs, weapons, documents and counterfeit banknotes.

The myth of “online hit men”

In fact, even in this regard, the service contains inaccuracies.

In particular, Calzolari mentions websites of “hit men who offer their services protected by the anonymity of the dark web”. These websites, however, are one of the well-known scams typical of this network.

In fact, common sense and logic are enough to understand that for a hit man it would be unintelligent to accept unknown and anonymous customers via the Internet, who could actually be undercover agents trying to trap them.

So, unlike what was stated by the reporter, “with ten thousand euros and a computer at home” it’s not “possible to hire a killer”.

Bitcoin, the internet and the dark web are technologies available for everyone to use and therefore it should come as no surprise that they can also be used for criminal purposes.

Criminals were among the first to exploit bitcoin to bring illegal trade online, but this does not mean that bitcoin, in itself, is both negative and criminogenic.

To prove the contrary, an Italian startup was recently awarded as the best in Europe in the fintech sector for creating a more transparent charity system through the use of bitcoin and other cryptocurrencies.

Previous article Tone Vays' BitMex account has been closed
Next article Cboe: "the price of bitcoin will rise"