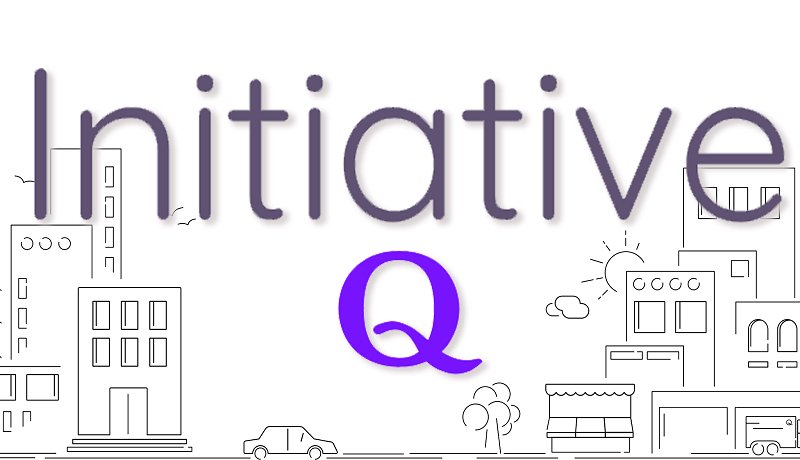 Initiative Q: scam or challenge to the crypto world?

A serial entrepreneur, a libertarian economist and the creation of a new global payments network, what do they have in common? Easy, an acronym: I.Q., or Initiative Q.

Initiative Q is an initiative started by the Israeli entrepreneur Saar Wilf, the creator of Fraud Sciences, a cyber-security company acquired by PayPal in 2008 and supported by the well-known economist Lawrence H. White, a professor at George Mason University, also a member of the Cato Institute.

But what exactly is Initiative Q?

Initiative Q is not a crypto but a project dedicated to the creation of a global payment network of the future with its own currency, no intermediaries or banks, and with very low international transaction costs. Its slogan, in fact, is “Q is tomorrow’s payment network”.

However, Initiative Q will not be based on blockchain for now, but on unspecified “new payment technologies” and, unlike the best-known cryptocurrencies, it will be a partly centralized monetary system with a payment reversibility feature.

In order to realize this new financial network, I.Q. proposes 7 steps that must be undertaken in order to replace the current payments network:

2. There are many advanced payment technologies and innovations waiting to be implemented;

3. Why don’t we already use these technologies? Simple, because no buyer will join a new payment network without sellers and no seller will offer a new payment option that no buyer would ever use;

4. If someone were to build a modern payment system capable of implementing these technologies in such a way as to include many buyers and sellers, this system would immediately become very popular. It could have up to $20 trillion volume in transactions per year;

5. Now, let’s pretend that all this has happened and that there is a dedicated global currency. Let’s call it Q. According to economic models, the value of all Qs would be several trillion dollars;

6. Initiative Q has “booked” all this for the people who sign up today: the sooner you sign up the more Qs you can reserve!

7. It’s like a self-fulfilling prophecy. As millions join, advanced payment technologies are deployed, the payment system becomes even more popular, the Q currency becomes valuable, and rewards given to early users reach their potential value.

At the moment I.Q. only works by invitation and Q coins can only be booked by receiving a link from an already registered user.

The more users register, the fewer Q coins one can book, thus creating the perception of an exclusive club that only those who access in time will benefit later. The registration and booking of this new currency only involve a name, a surname and an email.

Once registered, if the user extends the invitation to 5 more friends, additional batches of Q coin can be booked.

But if this new system is neither a cryptocurrency nor based on the blockchain, why talk about Initiative Q?

Simple: the target of Initiative Q is almost identical to that of many cryptocurrencies since it aims at appealing to the same users interested in the crypto world. In addition, the fact that Initiative Q is not a crypto makes it a unique and different product, more attractive to those who just entered the world of digital currencies.

At a time when the crypto market seems to be declining – for the first time capitalization has fallen below 200 billion dollars since 2017 – due to dispute between Bitcoin Cash and Bitcoin ABC – the Initiative Q project has now gone viral and is in fact proposed as an alternative to the world of cryptocurrencies.

In particular, the Q project is creating a hype among the newcomers, those potential investors who became interested in the world of digital currencies just recently and did not take advantage of the peak occurred in early 2018 and see a market currently in decline.

Saar Wilf, the founder of the project, is a serial entrepreneur and a semi-professional poker player. The Q project is also supported by Lawrence H. White, an economist well known in academia for having supported for years the thesis of Free-banking, a monetary system based on the gold standard in which the issuance of money is left to individual private banks without a specific regulatory authority or central banks.

Surely the endorsement of two prominent figures such as Wilf and White is a major asset for the project. However, some considerations need to be made.

First, the fact that Saar Wilf is a serial entrepreneur, though not a negative element in itself, creates well-defined expectations about the fate of the Initiative Q project.

It seems plausible that, when the project starts to be successful, it can be auctioned and sold to the highest bidder, to one of the big tech companies as Wilf has done in the past.

Secondly, the presence of an economist like White, instead of reassuring, raises some concerns. The economist has been advocating for years the need of getting rid of national currencies and central banks, and has strongly advocated as an alternative to the current financial system one based on a private monetary supply operated by individual independent banks, as occurred during the Free-banking era in Scotland in the nineteenth century.

therefore, his involvement in the project has been seen by may as a bizarre to say the least, and perhaps an attempt to ride the wave – or more precisely the “backwash” – created by the crypto world during the last year.

In this regard, in a recent interview with Bitcoin Wednesday, White says that he did studied Bitcoin as a phenomenon since its earliest stages, but regrets not to have invested enough money in it at the time.

The doubt is legitimate: Have these two personalities teamed up to take advantage of the notoriety achieved by the new digital coins to the general public? And do they aim at creating a new hype around a digital coin project as an alternative to cryptos? Hard to say.

At the moment, Initiative Q does not require money, but only an email address and a name. In this way, you can reserve future Q coins. Be careful, though: the website talks about reserving coins, not buying. A simple reservation doesn’t exclude the fact that the creators of Q could later require a payment to release the Q coins reserved by users.

What we can see at the moment is not a pyramid scheme in the classical sense, but a sort of chain letter in search of data. Initiative Q is clearly an attempt to create a large database that may perhaps be sold at a later date to the highest bidder.

In conclusion, the question we all ask ourselves is: should we consider Initiative Q a scam or a genuine product? To have a clear evaluation of Initiative Q, we will have to wait for its future evolutions.

To date, Initiative Q seems like an excellent marketing operation for a relatively harmless product, given the absence of money transfers and only requesting a name and an email address to take advantage of future Q coins reservation.

However, in today’s hyper-technological world, our data and names may be worth more than we think. The recent case of Facebook and Cambridge Analytica is a clear example.

Previous article The value of bitcoin over the years has seen worse times. This is the fifth correction by relevance
Next article The top 10 best dApps on EOS