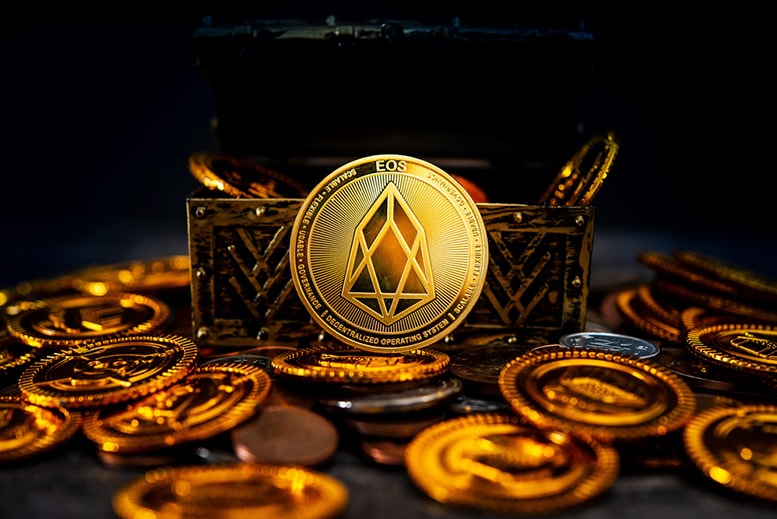 Eos coinmarketcap: prices are rising but volumes are low

Today, among the best price performances on Coinmarketcap we find the EOS crypto that continues to remain on the podium, with a rise of 30% from yesterday morning’s levels. Stellar Lumens (XLM) is also trying to keep up while maintaining fifth place in the standings.

This morning, in fact, XLM scored a rise of more than 13% trying to come out above the 12 cents, a level abandoned last week before sinking to the lowest levels of the year.

Traders are now seeking the right confirmations after the slight double-digit rise experienced yesterday by most major cryptocurrencies, a movement which had not been recorded for several weeks.

During the night, in fact, prices went to test the resistance in the medium term. Looking at the list of the top 50 capitalised on Coinmarketcap, even today the green sign prevails.

The rise in prices that began yesterday afternoon affected the volume of transactions as well. In the last 24 hours, trading has increased by more than 30% with over 17 billion dollars, a positive sign that will have to be confirmed in the coming hours.

Bitcoin’s dominance has fallen by a few decimals below 55%. Ripple (XRP) consolidates the second position by keeping Ethereum (ETH) at a distance of over $4 billion. From the 4th position downwards, the differences are of hundreds of millions of dollars, shaking the Top 10 ranking as rarely happened in the past.

Prices are trying to recover from the lows of the year, rising by more than 15% in less than 48 hours. In the night, the rise stopped at $3750, a level repeatedly referred to as medium-term resistance.

It will be precisely the upward breakage of this area to provide additional fuel for the climb. These movements that form in a few hours, like the latter one, require confirmation of consolidation in the following hours. The support must be held at 3500 dollars.

In the night the rise stops at $100, a crucial technical and psychological level abandoned at the beginning of the month before the fall that between 7th and 15th December recorded a double annual low which has now become a very important technical pattern to be monitored in the next few days.

The volumes that are accompanying this movement do not provide the right guarantees for a solid rise.

The Bull is waiting for the break of the 100 dollars to get on Santa’s sleigh.