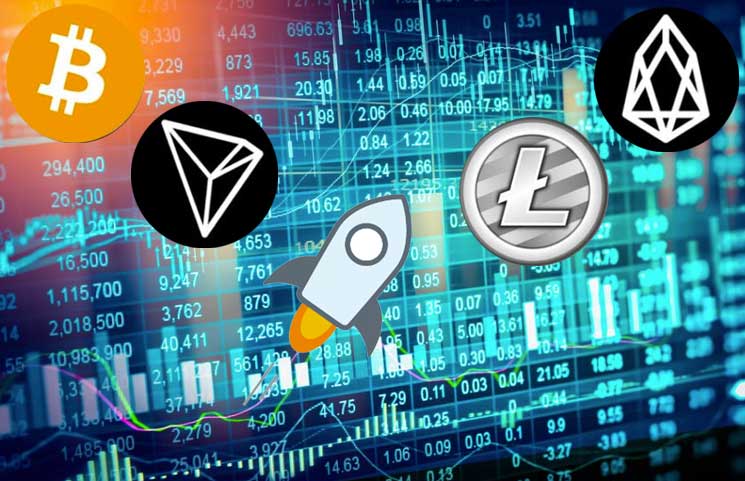 EOS vs Stellar Lumens, the winner is?

EOS vs Stellar Lumens: the overtaking

A historic day for Eos which, with a 20% leap from yesterday afternoon’s levels, returns to over $2.3 and for the first time wins fourth place in the ranking, managing to overtake even Stellar Lumens (XLM) who just a few days ago had also overtaken Bitcoin Cash (BCH), the latter now slipped under Litecoin (LTC) and managed to recover the week’s position in the ranking of the most capitalised.

The week before Christmas seems to be restoring confidence in the sector. A rebound attempt is ongoing for all the major cryptocurrencies which, after having reached the lowest levels of the year, are reviewing last week’s resistances.

Scrolling through the list of the top 50 of the ranking, the colour green stands out, even with double-digit rises. In the most sparkling week of the year, the hopes of investors shine again, accompanied by the desire to leave behind the most difficult year in the history of cryptocurrencies. 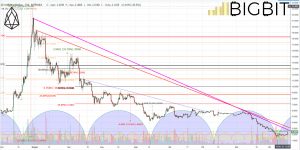 After almost breaking the 100 billion dollars of total capitalisation over the weekend, today’s concerted rise brings the values back over $110 billion. The failure to break the psychological support is due both to bitcoin, that despite its weakness manages to maintain the dominance at 55%, and the recent Stable Coins that over the past two months have been injecting the market with new liquidity. In fact, by unbundling these market shares, the total capitalisation of Altcoins during Saturday, November 15th, reached its lowest point since July 2017.

The snapshot of the last 24 hours brings prices back close to $3600, recovering more than 12% from Friday night values. The further drop in the last few days has pushed prices to update the low of the year, close to $3,000. The volumes of the day remain in the average of the last days. To strengthen the push upwards, more decisive purchases are needed. The return above $3750 could be an opportunity to restore confidence in the short term.

More tonic is the ascent of Ethereum that from the lows of Friday evening goes up more than 15%. The prices try to go above 100 dollars once again, a technical and psychological value which was abandoned at the beginning of the month. The recovery of 105 dollars would also provide the double minimum technical signal to consider for the coming weeks. Under $88, however, there is a lot of space downard.

Previous article Bakkt: news on the Bitcoin futures
Next article Eos coinmarketcap: prices are rising but volumes are low