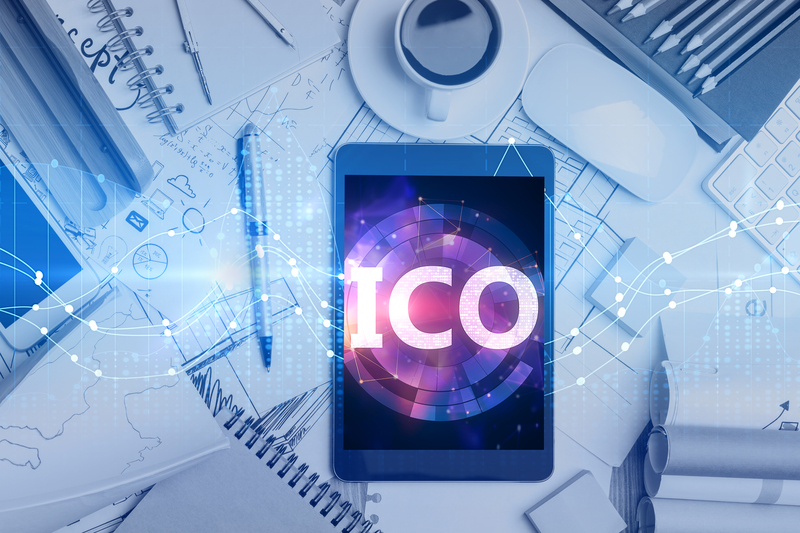 After analysing the issues that characterized 2018 and with high probability also the next months of the new year, we have highlighted the best ICOs that have distinguished themselves during the year that is now drawing to an end.

During the ICO fever of the beginning of 2018, a collection of over 6 billion dollars in less than three months had been achieved, well beyond the entire raked-up capital throughout 2017.

From January to June, more than 900 new ICOs were added to the Coinmarketcap list after the initial project launch and collection phase, doubling the number since the beginning of the year.

More than 2000 projects remained unresolved and did not attract the attention of investors.

The irrational euphoria that has led many new investors to play the role of modern Warren Buffett, has had to deal with the reality dictated by the alarms of world governments that have begun to tighten the mesh around this new form of investment.

First of all, the United States, through the SEC, began to require more and more guarantees from companies and started to punish illegal behaviour that did not comply with the regulation of the classic IPOs.

At the turn of the mark in June, the collection began to slow down until it reached its lowest level in the months of November and December with just over 400 million for each month. To find such low levels you have to go back to June 2017 when, for the first time since the existence of ICOs, they exceeded 600 million in a month.

Of the more than $21 billion collected throughout 2018, more than 40% relate to projects for new blockchain technologies (25%) and finance (15%). This is followed by telecommunications networks (11%), trading and investment (7%), while payment and gaming both got a 4% slice of the cake.

Among the most successful ICOs of 2018 EOS falls into the first category of blockchain infrastructure. The token sale started at the end of June 2017 and closed exactly one year later, on June 1st, 2018, distinguishing itself as the largest ICO collection ever with over $4 billion.

After initially relying on the ERC20 structure of Ethereum, the EOS platform broke away by creating its own blockchain called Eos.io and going directly into competition with Ethereum.

EOS, in fact, operates as a decentralised platform for supporting smart contract applications. The version of the Dawn 1.0 mainnet was launched on June 1st, 2018, previously announced in mid-April, which is why at the end of April prices reached an all-time high of $23.

Various problems in the transaction process, conflicting rumours about the 21 block producers that would control the entire ecosystem, in stark contrast to the declared decentralisation, as well as the period not favourable to the entire crypto ecosystem, have contributed to the collapse of prices.

Despite the debacle of value, EOS remains a promising project that sees the participation of major venture capital industry led by the team of Block.one, strategic partner and founder of the project, which has committed funds for over $1 billion to promote the development of the EOS ecosystem.

The community, which boasts over 50,000 users in the chat group, is very involved and supports the project through events of global importance such as hackathon events to stimulate the growth of development.

After the pre-sale of the TON tokens that was organised at the end of February, the collection closed after one month with two rounds of collection totalling over $1700 million. Since the pre-sale was reserved for the private sector, it is not really an ICO.

The huge demand for participation also from the retail sector has contributed to the proliferation of scams that have exploited the emotional wave linked to the messaging service that is among the most used worldwide.

The great success of the two fundraisers has allowed them to raise capital beyond expectations. For this reason, and not to create further chaos, in May the Telegram executives officially cancelled the public fundraising phase of the ICO.

The fundraising was aimed at expanding messaging services and capabilities using blockchain technology. Boasting over 21 million daily users, Telegram can be described as the first mainstream cryptocurrency.

A similar example has recently been followed by the famous WhatsApp messaging service, which in the next few months will issue a digital currency to be used as a means of payment for its services.

In the memo sent to the participants of TON’s ICO last September, the company confirmed that it is well on track with the development phase of the project. The next few months will see the entry into operation of the internal cryptocurrency, Gram, ushering in a new era in the exchange of digital data.

It may sound like a typo compared to a previous article, but it’s not.

The Smartlands token is rightfully mentioned among the best ICOs of 2018, scoring over 1200% since the start of the year – in just two days it has grown 200% from its levels on Wednesday, December 26th.

The basic concept and principles that structure the SLT token will be a model that will shape the future of the coming months and years by unhinging many financial concepts known so far.

The tokenisation of real assets, such as that of the real estate sector, provides the possibility of making liquid a real estate asset traded in real time on the world stock exchanges, even in fractions. For example, selling a part of the land in tokens fractionated into square millimetres or centimetres.

Trading on decentralised exchanges, for example, SLT is also traded on Stellar’s DEX, without the need for intermediation in buying and selling and the possibility of obtaining almost immediate liquidity and without recourse to agencies or real estate ads. The power is in liquidating in a few minutes a physical asset that until now took time to be sold.

The tokenisation of real estate and physical assets, as well as of the economy in general, will make a monetary value emerge out of all proportion as it has never happened in financial history.

It may seem like illusory speeches during the toasts at the end of the year, but financial destinies now seem to be heading in this direction.