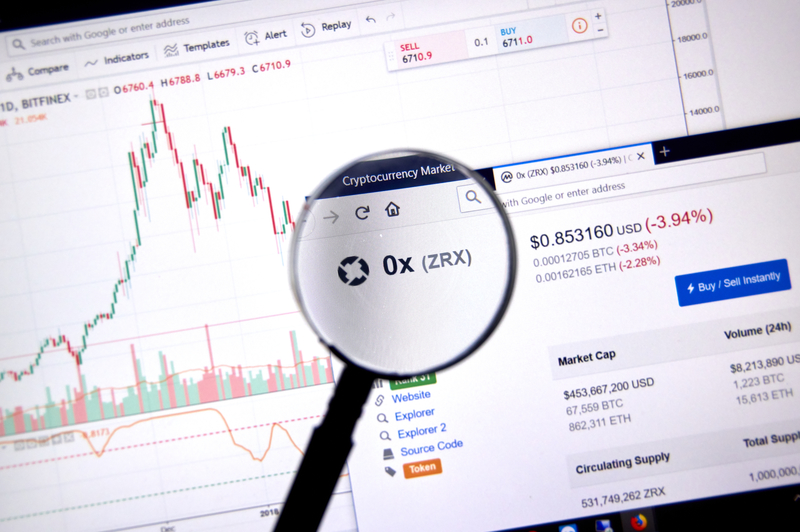 What is the 0x (ZRX) token and how does it work?

The 0x (ZRX) token has been listed on Coinbase for some time now, attracting the attention and interest of many people.

It is an ERC20 token running on the Ethereum network and it is an open protocol designed to offer a decentralised exchange on the ETH blockchain.

The protocol uses smart contracts that allow any user to run a decentralised exchange.

The objectives of the 0x token

The aim of the project is to provide an efficient and reliable way to exchange tokens on the Ethereum network in a decentralised way.

The project was launched as early as October 2016, with the goal of developing a platform that allows the representation of each asset on the Ethereum blockchain.

In the future, in fact, it is likely that there will be thousands and thousands of different tokens and 0x wants to allow trading in a totally decentralised way.

Currently, decentralised exchanges still suffer from some limitations and technical problems that the 0x team wants to solve.

The main problems of the decentralised exchanges that 0x proposes to solve are those related to the speed of execution of orders, transaction costs, lack of liquidity and the fact that they are disconnected from each other.

0x creates a standard protocol that can be applied to all orders sent to the blockchain: in fact, not all transactions are recorded on the blockchain, but only those concerning the settlement of orders.

In this way, the process is simplified, becoming faster and cheaper.

The costs of 0x

The 0x protocol does not provide any commission or any additional cost: it is completely free.

The only costs are those of recording transactions on the blockchain, which are actually very low thanks to the reduction of the transactions.

However, if you want to create your own decentralised exchange using this protocol – the so-called Relayer – you can choose to charge commissions.

The token is also the way in which users pay all trading commissions to Relayers.

It is also used as a decentralised form of governance for any protocol updates: ZRX owners have the right to vote in proportion to the amount held to approve any proposed updates.

The total supply is fixed at 1 billion ZRX. 50% of the tokens were released during the August 2017 launch, 15% were assigned to 0x, 15% to the developer fund, 10% to the founding team and 10% to the advisors and first supporters.

The tokens assigned to founders and staff members will be released over the next four years.

The founders of the 0x project

Bandeali studied finance at the University of Illinois and was a DRW trader.

Project consultants have previously worked for companies such as Polychain Capital, Coinbase and Pantera Capital.

In addition to the 0x protocol, the team also created 0x OTC, a product that allows peers to trade Ethereum tokens without the need for a Relayer, provided they connect directly with the other party.

Previous article Stablecoins are trending but they may ignore basic economics
Next article Stockholm Blockchain Forum, in April a new event in Sweden
Marco Cavicchioli