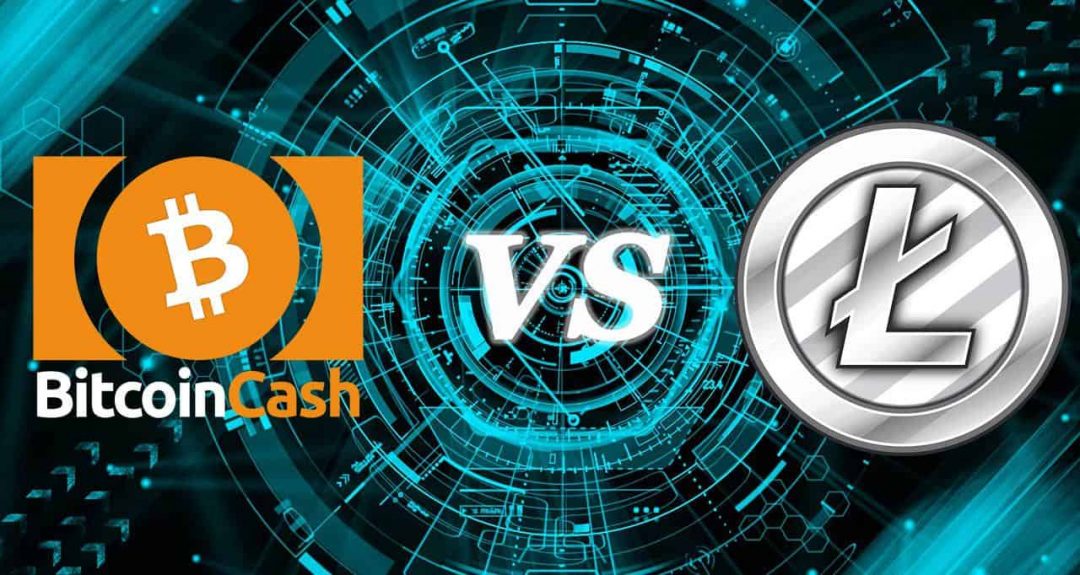 Both LTC and BCH were born to solve the practical problems of Bitcoin in terms of scalability and speed, with the enormous difference that the former describes itself a “light” version of the queen of cryptocurrencies, while the latter claims a position of originality towards Bitcoin.

In fact, it seems that Bitcoin, born 10 years ago on the “peer-to-peer electronic payment system” model, over time has acquired more value in terms of a store of value or “digital gold”, than electronic transactional money.

For this reason, the first analogy between Bitcoin Cash and Litecoin is precisely that of being the electronic money that takes up the original vision of Satoshi Nakamoto, “reproducing or modifying” the decentralized network, thus making it more scalable, even if in a different way.

Litecoin, founded in October 2011 by Charlie Lee, immediately defined itself as “digital silver”, with the intention of existing alongside Bitcoin. In essence, Lee, by making changes to the source code of the original blockchain, has built the much more scalable Litecoin blockchain that also uses the PoW consensus algorithm. The difference is that Litecoin uses Scrypt as the hashing algorithm instead of the SHA-256, and the total supply of coins is 84 million LTC, against the 21 million BTC.

The consequence of Litecoin’s structure is that LTC transactions last 2.5 minutes.

Bitcoin Cash, on the other hand, was born directly from a fork of the Bitcoin blockchain in August 2017, the date on which the bitcoin community was split. A group of developers and users proposed several improvements, like increasing the block size to 8 megabytes instead of the plans dictated by Bitcoin’s SegWit.

After the birth of Bitcoin Cash, that today has maximum block sizes of 32 megabytes thanks to its scalability, the fees and transaction times for BCH are respectively lower and faster compared to the original network and, for this reason, BCH claims its position as the original bitcoin provided by Satoshi.

In a tweet, Charlie Lee expresses his disappointment about the confusing language used by the BCH sympathizer, Roger Ver, CEO of Bitcoin.com.

Roger @rogerkver, please stop calling Bitcoin, Bitcoin Core. No one else does this. Both https://t.co/VKB9ZGgQk8 website and mobile wallet are misleading new users with this bullshit. And it is especially hypocritical coming from you seeing how upset you are with the name bcash. https://t.co/ufjJDqDW1W

Differences between Litecoin and Bitcoin Cash in terms of crypto adoption

Going beyond policies and maximalisms, it is possible to compare the two cryptocurrencies in terms of expansion strategies in the crypto mass adoption.

In the last months, as a marketing strategy, Litecoin has sponsored the UFC world event in order to promote itself. In reality, it has always kept a field of application limited only to payment transactions.

Bitcoin Cash, on the other hand, has seen growth through its integration into more decentralized services, such as the online multiplayer football application Bitcoin Cash Football or the decentralized app Memo Cash that works like Twitter, allowing users to share posts and interact on the Bitcoin Cash network.

Although at the moment Bitcoin Cash seems to be used more than Litecoin, if we look at the market cap BCH is the fourth place while LTC in seventh, it seems that this figure is not so stable.

In fact, last December Litecoin surpassed Bitcoin Cash in terms of turnover, perhaps due to the new strategic initiatives adopted or thanks to the Lightning Network applications that, unlike Bitcoin Cash, Litecoin decided to implement on its network following the queen of cryptocurrencies.

Previous article Bitgrail, the Italian Mt Gox, bankrupted after the hack
Next article Cybersecurity: trends and forecasts for 2019
Stefania Stimolo