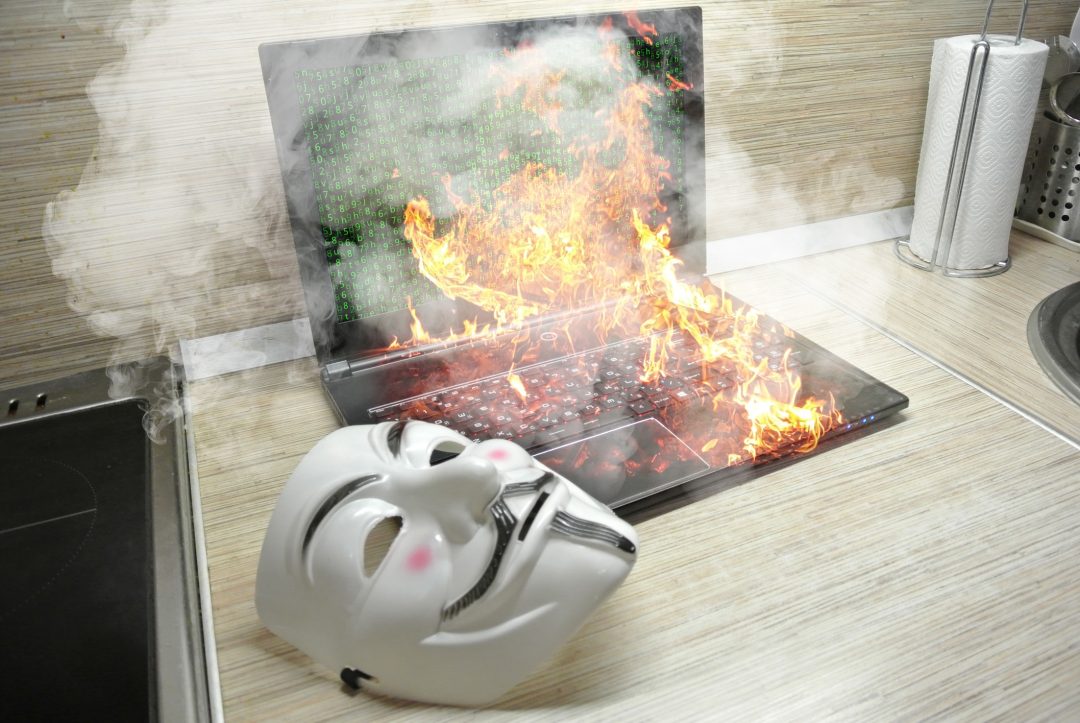 In China, it’s been a few months since some mining farms, specifically in the Sichuan region, were hit by a virus, or more precisely by ransomware, which encrypts all the information on the PC until a ransom in bitcoin is paid.

As can be seen from the image below, the ransomware is called hAnt and was first spotted towards the end of August. 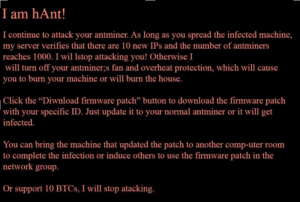 Ransomware usually stops at the ransom request in order to stop the attack.

However, in this case, the virus request goes further and the text informs that it is already ready to attack other antminers.

The threat goes on to explain that it can also be possible to overload the machine until it is set on fire (even if so far no such cases have been reported around the world) unless other antminers get infected by the virus or the ransom of 10 bitcoins gets paid.

The Chinese Bitmain has declared that at least 4000 devices have been affected by this ransomware in a few minutes, so it is a very powerful virus and a guide on how to uninstall this type of virus has already been released.