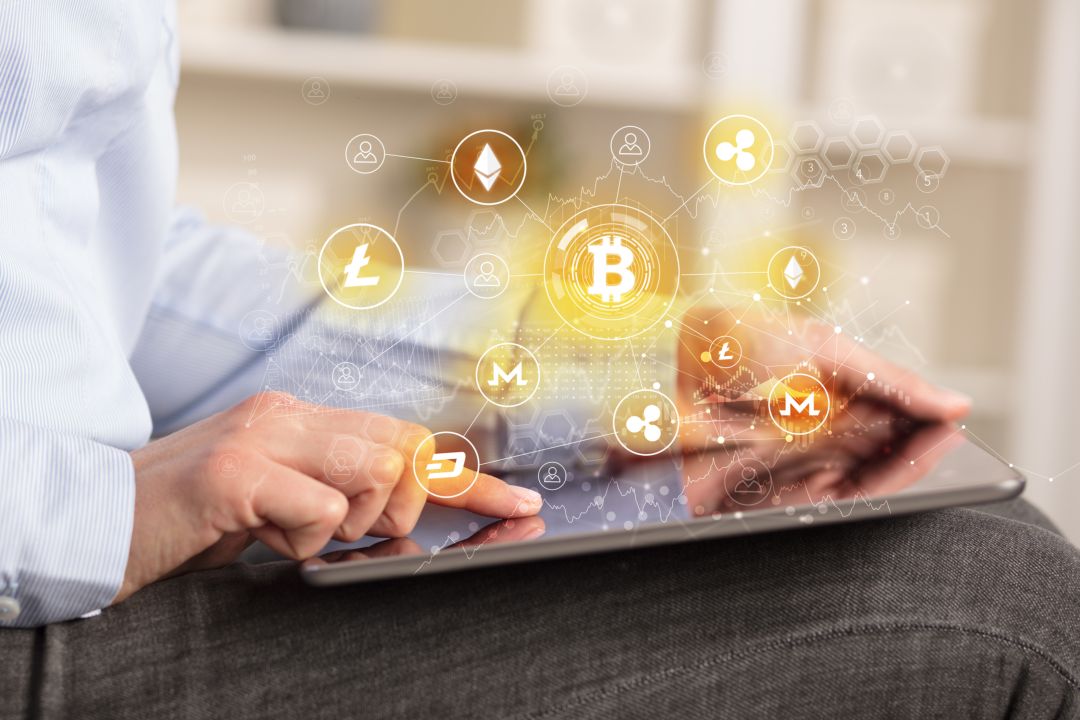 Cryptocurrency market activity as of January 2019

The Corindex research website presented a report on the activity of the cryptocurrency market in January 2019.

The report covers market volumes during the reference period, price levels and cryptocurrencies that have developed most.

Let’s start by considering trading volumes throughout the month: 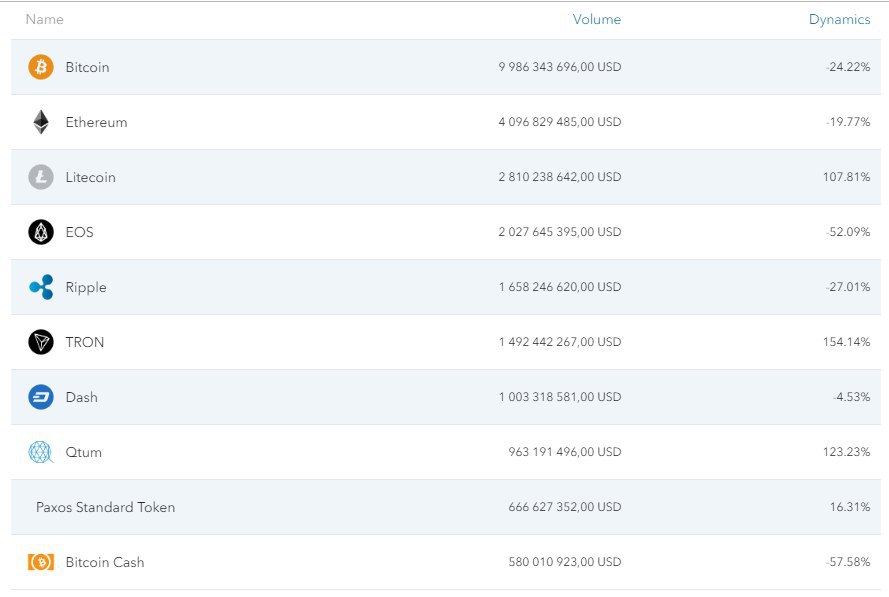 The first place is not a surprise, but more interesting is the fact that XRP, which in theory has the second position, is far behind in trading volumes.

Bitcoin Cash is tenth, surpassed by cryptocurrencies with a much lower market cap such as Dash. This means that the trading volume, and therefore the use, is not linked to capitalisation.

Let’s consider instead the increase in the absolute value of the tokens. In this case, the classification is completely different, as can be expected. 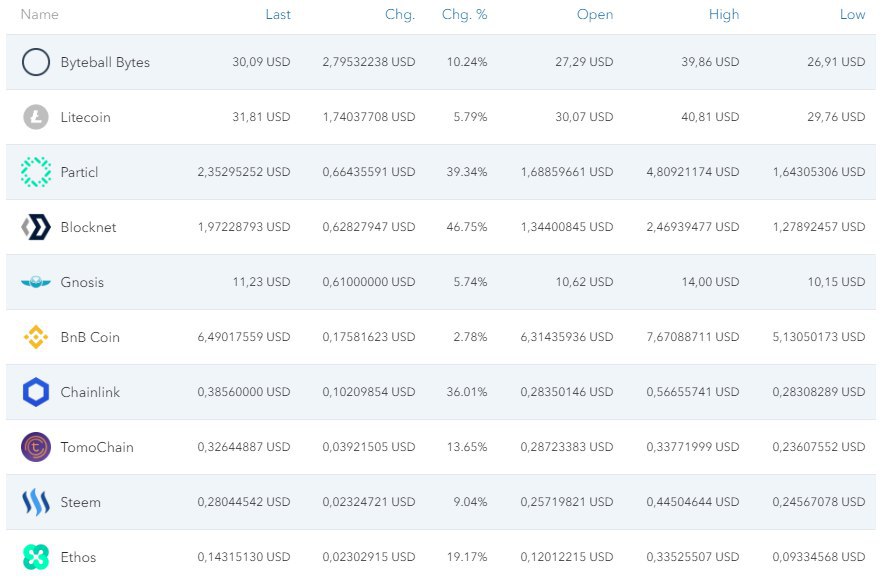 Byteball Byte (Gbyte) has no market and Particl has a capitalisation of 15 million euros with a daily movement of 6 thousand euros but, among these, there are two currencies of a certain value: Llitecoin in second place, proving rather stable, and Gnosis in fifth.

Let’s consider the cryptocurrencies that have shown a greater percentage-based increase in value.

According to the January 2019 report on the analysis of the cryptocurrency market, Blocknet, a 9 million euro blockchain project that connects other blockchains, has had an excellent development percentage. We also find Tron in this ranking, with far greater capitalisation.

In this case, the collaboration announcements – especially those with BitTorrent – have certainly had a positive influence. 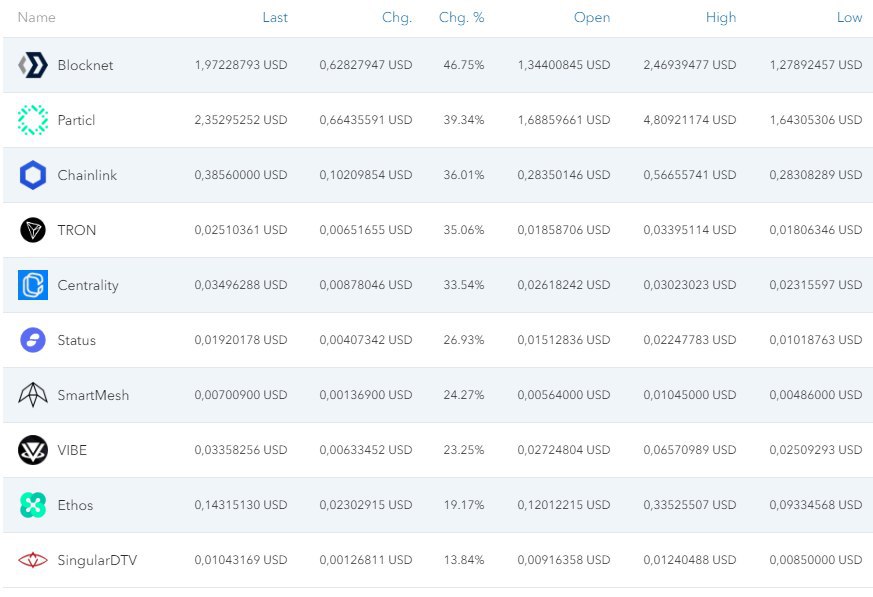 Let’s now consider the cryptocurrencies that have had a worse performance in January: 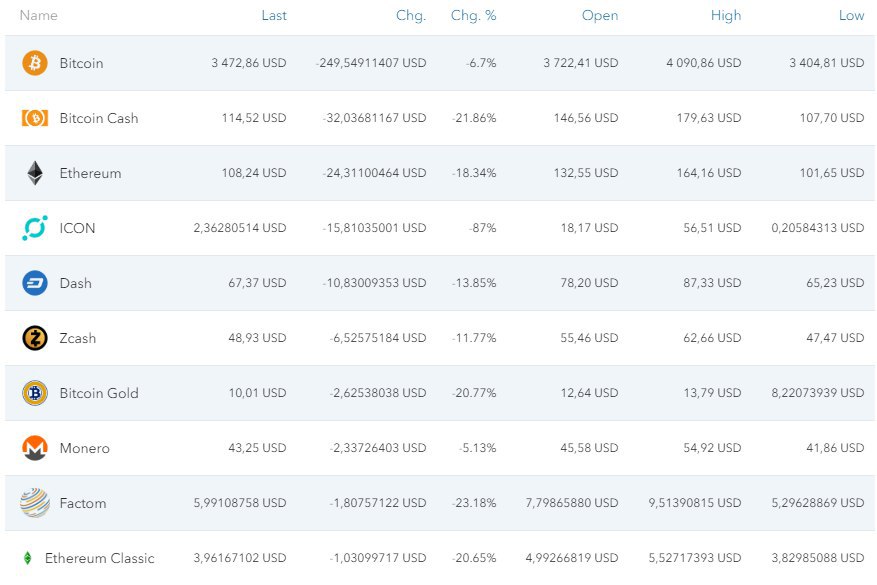 In this case, the biggest drop in value was experienced by bitcoin, followed by bitcoin cash, whose fork, as we know, was a move not appreciated by the crypto community.

However, there are also privacy coins such as Dash, Zcash and Monero in this ranking, although the more “classic” cryptocurrencies are those that have suffered most in absolute terms during the month.

Which tokens were the most affected negatively? Here are the results of the report: 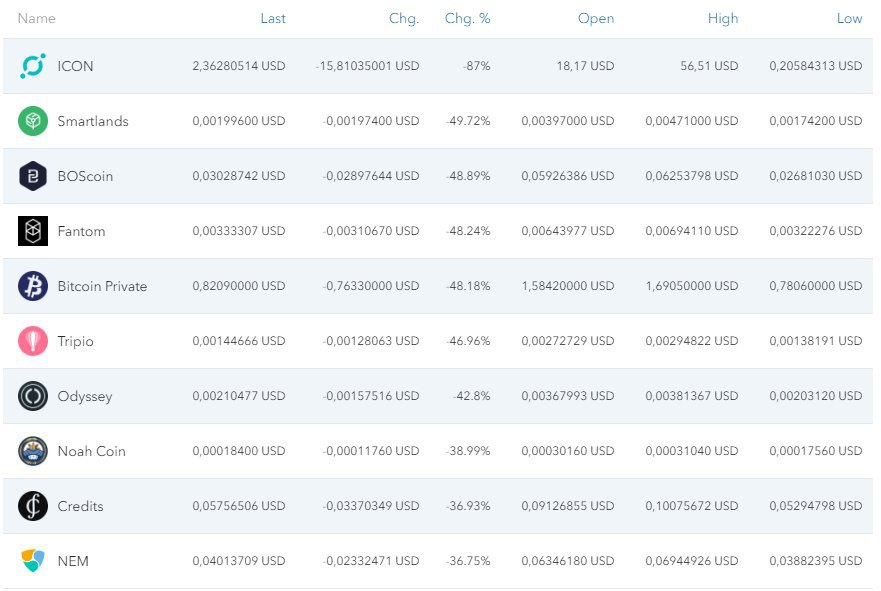 Icon, despite the team’s efforts, was the most penalised cryptocurrency and the one most relevant in terms of capitalisation, which unfortunately fell from over 130 million euros to less than 90.

Among the ten most affected there is also NEM, whose foundation has recently reported problems, up to the point that rumours have started circulating regarding a bankruptcy.

In short, January 2019, a year after the great crash, shows that those who have invested carefully can get important results from their investment. Not everything is negative, but it is a matter of analysing the projects carefully.